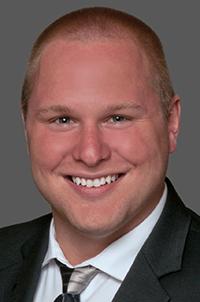 Prevailing wage laws establish local minimum wage rates for the skilled workers that build our schools, highways, bridges and other critical infrastructure Since 2015, three Midwest states (Michigan, Wisconsin and Indiana) have repealed their prevailing wage laws, and even more have tried to weaken them.

Minnesota has not. And a growing body of evidence tells us why the Gopher State has it right.

First, eliminating prevailing wage doesn’t save taxpayers money. Recent research out of Indiana showed no difference in construction costs before and after repeal of prevailing wage. Additionally, that state’s Assistant Republican House leader has publicly acknowledged that repeal “hasn’t saved a penny.” This is because labor represents only 23 percent of the total cost of a construction project. It is simply not possible to find significant cost savings by cutting worker wages and benefits. 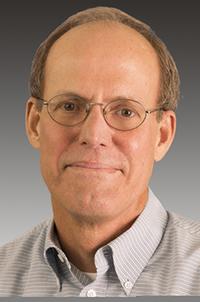 Instead, research shows that when you eliminate the wage floor, any savings disappear due to a host of new problems. For example, arbitrary wage cuts discourage local skilled workers from pursuing careers in the construction trades; and these workers are often replaced by lower-skilled workers from out of town. Costly impacts in the form of lower productivity, more jobsite injuries and increased reliance on social safety net programs more than offset any savings from paying lower wages.

And repeal invites even larger consequences for the local economy.

In a study released this month, we examined hundreds of school construction bids over a three-year period in the Twin Cities area. We found that prevailing wage increases the share of construction value completed by local contractors by 10 percent. If prevailing wage were to be repealed, the tax dollars that employ local workers — and the ripple effects from their spending as consumers — would be exported out of the local community. In fact, we found that Minnesota’s prevailing wage law ultimately strengthens the economy and creates 7,200 jobs statewide.

Minnesota doesn’t need to look far to see the alternative. In Indiana, construction wages have lagged Midwestern states with strong prevailing wage laws by eight percent  since repeal. Incomes for the lowest-wage construction occupations are down 15 percent, with non-union workers hurt the worst. Turnover is up. Productivity is down. Indiana’s heavy construction job growth has fallen behind its neighbors with prevailing wage laws.

Like the rest of America, Minnesota needs more construction output to rebuild its infrastructure and meet housing and commercial demands. In Michigan, Indiana and Wisconsin this proposition has become a lot harder because the rules have recently been rigged to make dangerous and complex construction work less financially rewarding.

While prevailing wage reflects local market wages for comparable work, it is not just about a paycheck. Prevailing wage rates support skilled trade apprenticeship programs. Without prevailing wage, some contractors — in order to cut costs and increase short-term profits — simply won’t invest in training the next generation of workers. When this market failure occurs the supply of qualified labor steadily dries up.

It’s already happening. While 42 states once had prevailing wage laws, that number has now fallen to 26. Now, according to the nation’s leading construction trade organization, fully 70 percent of firms are having a hard time finding qualified craft workers. And that number is even higher in the Midwest.

To its credit, Minnesota has chosen a different road. With a prevailing wage law that fosters middle-class construction careers, promotes apprenticeship training programs and produces better economic outcomes, the state’s construction industry is now poised to lead the entire region. And in doing so, Minnesota will succeed where its neighbors have failed.

On issue of prevailing wage, Minnesota succeeds where neighboring states have failed