According to one poll, 69 percent of Americans believe that the fight over Brett Kavanaugh’s confirmation to the Supreme Court was “a national disgrace.” In its aftermath, champions of women’s rights are in despair. Many who favored the confirmation also feel anguish. Sens. Susan Collins and Jeff Flake, both of whom voted for the nominee, used the term “rock bottom” to describe the state of the nation. A Washington Post article on the aftermath by Michael Scherer and Robert Costa, “ ‘Rock Bottom,’ ” describes the country as “on the brink” with no “credible path up and out of the abyss.”

I support the struggle against sexual assault, and I also believe that President Donald Trump and other supporters of the status quo have all the advantages when the battle takes place on the playing field of what Rebecca Traister calls “fury as a political weapon.”

The alternative to fury and dominating power is nonviolence. Nonviolence cultivates the spiritual, moral, and psychological discipline not to demonize opponents. The most effective way to make change is to understand where enemies are coming from, not to humiliate them.

Conventional images of nonviolence see it as mass action tactics like hunger strikes. In reality, the actual histories of powerful nonviolent movements like Jane Addams’ immigrant settlement houses and the civil rights movement demonstrate that nonviolent movements develop in settings where people learn to interact peacefully with those of different views and backgrounds. Such settings are reappearing.

Nonviolence in the civil rights movement

I saw the power of nonviolence firsthand growing up in the Deep South of the 1950s and 1960s and later as a field secretary for Martin Luther King’s organization, the Southern Christian Leadership Conference (SCLC). Both my parents were among the few outspoken white critics and organizers against segregation. After managing the Atlanta Red Cross, my father, Harry George Boyte, was nearly killed in Prince Edward County, Virginia, in 1962 by members of the American Nazi Party. The nonviolence our family learned from the Quakers and the civil rights movement gave us courage to cope with the hatred we experienced.

Nonviolence philosophy infused the March on Washington, August 28, 1963. King’s famous “I Have a Dream” speech contrasts dramatically with the inflammatory rhetoric of politicians and activists today who energize their followers by demonizing the other side. “Let us not seek to satisfy our thirst for freedom by drinking from the cup of bitterness and hatred,” King thundered. “We must forever conduct our struggle on the high plane of dignity and discipline … meeting physical force with soul force.” 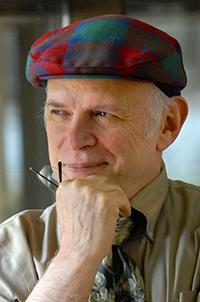 The power of nonviolence came from its philosophy. Nonviolence differed from pacifism, refusal of any violence. In “Stride Toward Freedom,” King develops the philosophy. In his account, nonviolence is struggle, not passivity. It starts with self-change. “Hate corrodes the personality,” he wrote. “The nonviolent approach first does something to the hearts and souls of those committed to it. It gives them new self-respect. It calls up resources of strength and courage they did not know they had.” It respects the potential even of one’s enemies, a public love King called “neighborly concern.”

Today’s public memory of the movement is created by speeches like King’s and by mass mobilizations like marches, sit-ins, freedom rides and the like. But nonviolence was learned and taught elsewhere, in what the historian Charles Payne calls “organizing” action and education — different from simply mobilizing, described in “I’ve Got the Light of Freedom.” For instance, the Citizenship Education Program directed by Dorothy Cotton trained more than 8,000 people at the Dorchester Center in Georgia, from 1961 to 1968, who returned to their communities and trained tens of thousands more in community organizing and nonviolent change-making. Cotton’s book, “If Your Back’s Not Bent,” provides a rich description. “People who had lived for generations with a sense of impotence, with a consciousness of anger and victimization, now knew in no uncertain terms that if things were going to change, they themselves had to change them,” she writes. Ella Baker, another leader in citizenship schools, counseled constantly, “Don’t write off conservative leaders as Uncle Toms. Everyone has a contribution to make.”

Citizenship schools for a knowledge society

When I established what became the Center for Democracy and Citizenship at the Humphrey Institute at the University of Minnesota in 1987, my colleagues and I combined nonviolent philosophy, civic organizing experiences, and the belief that we need new citizenship schools for our age. We soon realized that learning nonviolent power in settings like schools and colleges is a molecular process. Over time, working with partners through the Humphrey Institute and later Augsburg University, we called our approach “public work.” Its main expression is Public Achievement, a civic education and empowerment initiative that has spread to many schools and several universities in the U.S. and abroad.

Denison University in Ohio, for instance, teaches students the skills of working through conflict in residence halls, renamed “residential communities.” Almost all students at Denison live on campus. The demographic mix is highly diverse: 40 percent underrepresented populations as well as many rural white students. Denison President Adam Weinberg points out that the residences are like neighborhoods, settings to learn civic skills of working through conflicts in peaceful ways.

Controversies abound at Denison as they do on most campuses, from political polarization and racial tensions to arguments over dirty dishes. In the last two years the “party culture” has emerged as an issue, with clear overtones of the sexual assault issue that has recently roiled the nation. Denison addresses such conflicts differently from the common rule-enforcement approach. The school empowers students to work through conflicts in a peaceful manner themselves. All residential staff, called community advisors, are assigned to meet one-on-one with students to get to know them and to learn “conflict coaching” skills of de-escalating tensions. Since the school year began, they have had more than 600 such meetings. Students are introduced to civic practices like learning each other’s stories and “deliberative dialogues,” involving sustained discussion of controversial issues.

Erik Farley, dean of student leadership development and community engagement, stresses their importance. “It’s a mistake to assume that folks have rapport,” he told me. “But a foundation of knowing each other’s stories has real potential to mitigate violence.”

Léna Crain, director of residential life with a background in conflict resolution, sees the civic innovations at Denison as deeply compatible with nonviolent philosophy. She believes that relational skill-building is making a difference and gives the example of a recent student-organized conversation on the party culture. It was a diverse group, with critics of campus parties and leaders from fraternities who regularly organize them. Students wrote words on the board that they associate with parties — fun, social, violent, and unsafe. Then they discussed them and turned to ideas for action. These included moving parties away from residential rooms into multipurpose spaces, developing student-led training, and creating alcohol-free spaces. Students will soon meet with other staff and students to discuss next steps.

Students also see this civic skill-building as an important innovation. Ivy Distle, a leader among the community advisors, says that in the aftermath of the 2016 election, “There was a lot of student protest, but there wasn’t much relationship building outside of like-minded groups.” The relational work over the past two years has helped to break student bubbles.

Such experiences are building blocks for 21st-century citizenship schools and foundations for a new nonviolent movement. They create hope for making practical progress on tough issues like sexual assault, racial conflict, polarization, and others. They also open a path up and out of the abyss.

Harry C. Boyte is a senior scholar in public work philosophy at Augsburg University and the author of “Awakening Democracy through Public Work,” forthcoming in November from Vanderbilt University Press.

Nonviolence as a different kind of power