Thousands of acres of wetlands in northeastern Minnesota are in danger, and only the Minnesota Pollution Control Agency (MPCA) and the U.S. Army Corps of Engineers can save them. These two agencies must rule on federally required permits related to water quality and wetlands. What’s at risk? Up to 7,694 acres of wetlands located in a region that supports the highest quality, diverse wetlands in Minnesota. 960 acres will be directly destroyed by PolyMet (in itself a huge loss), an additional 6,700 could be harmed indirectly by mining activities. 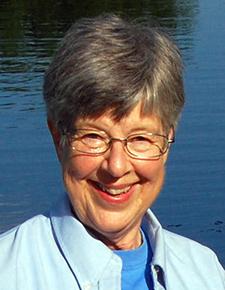 All this to support a short-term project lasting maybe 30 years? Affecting bogs that began forming a few thousand years ago?

Federal laws require that unavoidable losses of wetlands be compensated or mitigated by creating other wetlands or by purchasing credits from a “bank” of wetlands, often located far from the impacted area. The cost of purchase of banked wetlands from the state is $822 per acre. This could generate a bill of over $7 million for PolyMet, just to compensate for the mine’s potential impacts to wetlands.

Small wonder PolyMet/NorthMet has worked hard to reduce their potential “indirect losses” of wetlands from 6,700 acres down to a mere 261! (I hear the funeral bells peeling …). They did this by assigning several “factors” of harm to the vast acres of wetlands indirectly affected — such as changes in hydrology, effects from stockpiles/mine leakage, and arbitrarily limiting distances from the mine site. Any wetland affected by only two of the six factors was then excluded.

Another tactic to reduce acres affected involved reclassifying bogs in the mine-impacted area as “raised” bogs, those influenced only by rainwater. The other type of bog (mineralotrophic) would be harmed by groundwater reductions caused by mining water withdrawals and by the mine’s pollution of groundwater. A state expert in bogs and fens was refused entry to the PolyMet mine site. Thus he could not perform the necessary water chemistry tests to determine the type of bogs there. Without knowing type, we don’t know what risks they face.

The PolyMet mine project poses the largest loss of wetland acreage from any single project in the state. This is unprecedented.

The public needs to know: Although the DNR has approved its “permits to mine” for PolyMet, the impacts on state waters and water quality have yet to be approved by the MPCA and U.S. Army Corps. On top of this, PolyMet now says it plans to expand the operation from the proposed excavation of 32,000 tons of ore rock per day to 118,000 tons per day, to make the mine financially viable. This expansion plan was not included nor considered in the state’s permitting process. Some call this “bait and switch.”

There is a spiritual side to this. Minnesotans care for our environment in all its forms, including wetlands and the biodiversity of species that depend on them. As a scientist and a person of faith, I support my and other churches’ efforts that promote “creation care” for our air, water, and land environments, and that includes wetlands.

Is it time to sing a Requiem for our precious wetlands? Should the bells toll? Can those entrusted with protecting the waters of Minnesota, waters that legally include wetlands, stand up and say “No! Minnesota should not allow this harm to our precious waters!”? The MPCA and the Corps operate under the Federal Clean Water Act (CWA), voted into law in 1972 by both parties of Congress, the Act created to protect lakes, rivers, streams and wetlands. It starts as follows:

The objective of this Act is to restore and maintain the chemical, physical, and biological integrity of the Nation’s waters ….

Judy Helgen, Ph.D., is a retired research scientist from MPCA,  where she helped develop methods to protect wetlands water quality by examining the life that depends on them. Her book, “Peril in the Ponds: Deformed Frogs, Politics, and a Biologist’s Quest,” was published in 2012. Currently Helgen is writing a memoir that includes stories from ‘unsung heroes’ who worked to improve water quality in the state. She lives in Roseville.

Requiem for our wetlands? What’s at risk in NE Minnesota