May 13, 2019
Three important reports by Freedom House, the Economist, and V-Dem, an institute associated with Sweden’s Gutenberg University, have found disturbing patterns associated with the state of democracy around the world. Research from all three reports suggest autocracy, in the form of right-wing populism, has developed into a credible threat to democracy. 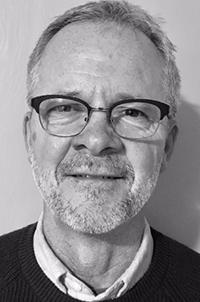 The late Historian Richard Beeman claimed that nations aspiring to become democracies have all been burdened by the following question: “how to implement principles of popular majority rule while at the same time preserving stable governments that protect the rights and liberties of all citizens.”

A democracy predicated on providing the “rights and liberties of all citizens” is dependent on a nexus of three crucial dimensions of democratic governance: checks and balances on governmental power; political norms that are accepted and practiced by all political actors; and institutions that are separate and independent of governmental influence. In conjunction with issues of governance, a functioning democracy must acknowledge the existence of an independent media, a vibrant civil society, and a judiciary free of government domination.

This triad of limited power, accepted norms, and independent institutions is based on trust, the recognition that the end-all of politics is the will of the people not raw power, and the majority’s acceptance of minority viewpoints in the formation of public policy. Power, in a true democracy, is fluid and diffuse. Centralized power, left unchecked, weakens democratic norms and institutions paving the way for authoritarian rule. In short, concentrated power is the antithesis of democracy.

Democracy deteriorates in the United States

The United States is experiencing its most pronounced political and social polarization since the late 1960s. Data from the three reports suggest a rising threat to democratic institutions, norms and practices since the election of Donald Trump. Although a general weakening of democratic practices predated Trump’s presidency, the cumulated threats these practices pose to democracy has accelerated since Trump came to power.

Trump clearly feels there are no limits to executive power and regularly refuses to recognize legislative and judicial checks on the executive branch. Saahil Desai, writing in The Atlantic, claims Trump is the first president to “weaponize” a government shutdown for political gain. He has used executive power to militarize the border with Mexico, decreed a national emergency over the failure of Congress to provide appropriations for a border wall on the southern border, regularly demeans and verbally attacks the press, and refuses to cooperate with the Congress’s power to issue subpoenas for investigations of the executive branch. The Freedom House Report, “Democracy in Retreat,” notes declines in equal treatment before the law emanating from “government policies that improperly restricted the legal rights of asylum seekers, signs of discrimination in the acceptance of refugees for resettlement, and harsh or haphazard immigration enforcement policies.” The V-Dem Report 2018, “Democracy for All?,” has identified “backsliding” on a variety of indicators of liberal democracy in the U.S. such as rule of law, respect for civil liberties, and checks and balances. According to V-Dem’s Liberal democracy Index, the U.S. ranking fell from 7 in 2015 to 31 in 2017.

Since becoming president, Donald Trump’s systematic disregard for democratic norms and practices has altered the United States’ democratic political culture. The “Economist Democracy Index 2018, Me too? Political participation, protest and democracy,” has stated the United States is no longer a fully functioning democracy. Sustained public mistrust of political institutions, increasing levels of political polarization, organized efforts to restrict the voting rights of minorities, and the increasing concentration of power in the executive branch have led the report to characterize the United States as a “flawed democracy.”

In a February 2019 Vox News interview, former Secretary of State Madeleine Albright claimed the current global situation is characterized by a “brotherhood of undemocratic leaders.” This “brotherhood” did not emerge out of a vacuum. It evolved as a reactionary response to growing disenchantment with political elites in Western democracies who were increasingly becoming disconnected from the citizenry.

Democracy does not progress in a linear fashion. Its institutions, norms and practices operate in a nexus of checks on power. It is these checks and the balanced government that emerges from them that are critical to maintaining the trust and support of the citizenry. In a democratic republic, the people become the centrifuge of the political system. Increasingly, throughout Western democracies this centrifuge has become unbalanced. As such, traditional normative and institutional procedures upon which democracy depends are being thrown into disequilibrium. Populist leaders such as Geertz Wilders in the Netherlands, Victor Orbán of Hungary, and Vladimir Putin in Russia have focused on fear, victimization and anti-elitism in their political messaging.

This reactionary narrative has been linked to modern electoral campaigns in which political elites have become increasingly dependent on sources of power and money connected to large corporations, multimillionaire and billionaire plutocrats, and entrenched apparatchiks in political parties that are increasingly disconnected from the concerns of common people. Modern democratic systems have become synonymous with the triad of money, access, and power. As the V-Dem Report noted, “More and more people live in nations where the rich have much more access to political power than poorer people.”

Swedish political scientists Anna Lührmann and Staffan Lindberg use the term “autocratization” to describe “the time period during which the number of countries undergoing democratization declines while at the same time autocratization affects more and more countries.” In their research on autocracy they found unlike historical circumstances, in the 21st century the emergence of autocracy is subtle and incrementally incorporated by stealth. Rhetoric and the use of tweets rather than counterrevolution and violent coups are now standards means of gaining power. Lührmann and Staffan state, “Ruling elites shy away from sudden, drastic moves to autocracy and instead mimic democratic institutions while gradually eroding their functions.” In their research Lührmann and Staffan found contemporary autocratization follows an identifiable pattern: fully functioning democracies evolve into a form of hybrid state in which electoral processes contribute to authoritarianism rather than a dynamic overthrow of the government. Today’s autocrats have become adept at utilizing modern technologies, especially social media platforms like Twitter, to craft niche propaganda messaging. This messaging is designed to manipulate political polarization and divide majorities that are often opposed to their messages. In a form of political jujitsu, democratic institutions and practices can be used to implement radical reforms under the guise of constitutional legality.

Lührmann and Staffan found “68% of all contemporary autocratization episodes starting in democracies are led by incumbents who came to power legally and typically by democratic elections.” Elections play an important role in the rise of autocratization because they become an observable and verifiable form of political legitimacy for budding autocrats to gain and maintain power. Emerging autocrats like Victor Orbán, Recep Tayyip Erdogan and Vladimir Putin have all gained power through the ballot box. Once in power, they utilize democratic institutions to consolidate their power. As Lührmann and Staffan argue “A gradual transition into electoral authoritarianism is more difficult to pinpoint than a clear violation of democratic standards and provides fewer opportunities for domestic and international opposition.” A machination of one of the most sacred of principles of democracy, a popular election, becomes the seed of its own destruction.

Is Donald Trump an aspiring autocrat? His attacks on democracy have become continuous and more flagrant. The recently released Mueller Report clearly suggests a Trump re-election in 2020 would heighten the possibility of the United States devolving into a full-fledged autocracy. American voters are facing an existential vote for the future of democracy.

Thomas J. Scott is a Twin Cities writer who analyzes international affairs, globalization, and education issues. He is a frequent contributor to Truthout, a nonprofit news organization, and an adjunct professor of world politics at Metro State University; his views are his own and do not reflect the position of the university.