It’s about time that we call out the current Minneapolis Federation of Teachers (MFT) union leadership for what it is: Racist.

As part of the BIPOC Caucus within MFT, we at the Coalition of Truth are fed up with the lies and the gas-lighting that gets thrown in our faces when we point out that there are real systemic issues with how teachers of color are treated in the district and by current union leaders. The recent grievance that was filed against Greta Callahan, president of Minneapolis Federation of Teachers’ teacher chapter cited “cruelties,” which “set a precedent that racism and white supremacy can exist and persist in our union.”

We do not take this action lightly. Teachers of color were lied to throughout the strike to keep our voices and use our bodies for public fodder. We were constantly reassured that protections for our jobs, through the Memorandum of Action, were part of negotiations when in reality they were not even introduced at the negotiating table with the district. When the teachers at Patrick Henry spoke up against the lies from MFT leadership, those teachers were ostracized and shunned from all union activity.

The union went as far as to send white union members to a Black board members’ house without thinking about the trauma and optics surrounding their actions. This was considered OK because “non-white strike captains” were OK with the decision. As educators and as a union, we need to understand that diversity does not equal inclusion.

A union is supposed to be a team. When we work together we win. This strike was not a win. Years of experience is still a factor when determining layoffs for many teachers of color and as a whole we have only achieved a 2% salary raise. Inflation is at 8%. That amount isn’t even a drop in the bucket and we could have achieved that without losing three weeks of pay, and without keeping our students out of the supportive school environment. Additionally, the funding that is necessary is simply not there. What is our union doing to leverage their power to pressure the Minnesota legislature to allocate funds towards education?

We support the House Education Omnibus Bill HF3401 and the supplemental budget bill, HF3400, because of what they do to appropriately and equitably allocate funds to our district and solve systemic gaps in spending on special education services and English learners. Why is it that legislators at the state level can recognize the need for more professional support for teachers of color but our union cannot? In the Omnibus’ current form, the “Grow Your Own” program gets funded so that those who want to become licensed education support professionals (ESPs) or school counselors have a pathway. Many of us were ESPs before we became teachers.

Our current leadership is suggesting that we “cut from the top” instead of cutting teachers to account for the cost of the contract the union agreed to.

The reality is, even if we did that, a well-run school system still needs an administration. Taking from Peter to pay Paul never did anyone any good; the shortage is still there and the state is still responsible for providing adequate funds. Attacking our administrators with non-collaborative and divisive rhetoric does not solve the problem.

Our union should know better and should be lobbying our state legislators to pass this bill. Instead they waste time by pointing fingers in the wrong direction and sitting on their laurels. 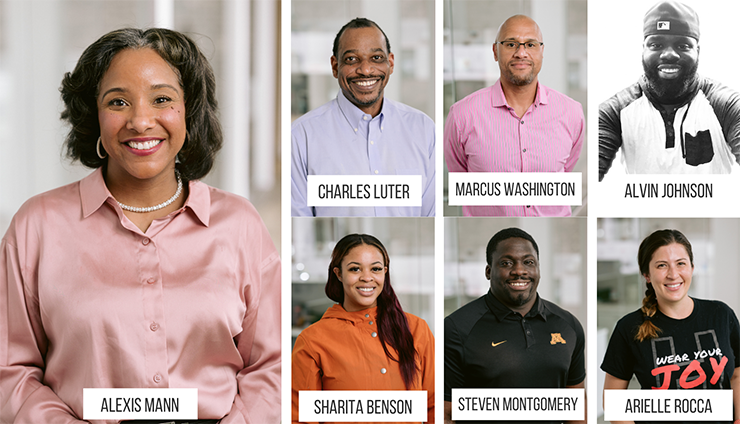 Alexis Mann, Charles Luter, Sharita Benson, Marcus Washington, Steven Montgomery, Arielle Rocca, and Alvin Johnson are members of the Minneapolis Federation of Teachers and running for leadership positions within the governing board of the union.

If you’re interested in joining the discussion, add your voice to the Comment section below — or consider writing a longer-form Community Voices commentary. (For more information about Community Voices, see our Submission Guidelines.)