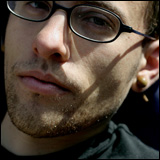 WASHINGTON — Sens. Amy Klobuchar and Al Franken delivered an emotional Mother’s Day appeal for the return of three American hikers, detained for nine months now in Iran after the country arrested them for trespassing.

Shane Bauer, a 27-year-old native Minnesotan, and his friends Sarah Shourd and Joshua Fattal have been imprisoned since they were arrested during a hike that began in the mountains of Iraqi Kurdistan, near the Iranian border. Iran claims the three were spies, however the hikers’ relatives and U.S. officials say that if they crossed the border at all, it was inadvertent.

“As a mother, I can hardly imagine what these brave mothers are dealing with,” Klobuchar said. “They never imagined that their kids would be pawns in an international dispute.”

Franken revealed that senators have received classified intelligence briefings on the hikers’ situation and said that, while he would not discuss the details of those briefings, he could say for certain that the three are categorically not spies.

Though there are few new developments in the hikers’ case, the timing of this plea is intentional. Iranian President Mahmoud Ahmadinejad is currently visiting the United Nations in New York City, and the senators hope he’ll use the moment to extend a bit of humanitarian goodwill separate from the ongoing diplomatic tensions over Iran’s nuclear ambitions.

It’s no secret that relations between the United States and Iran are tense. President Bush labeled the country as part of the “Axis of Evil” for its pursuit of nuclear weapons, and Iran is under international sanction for not having suspended its nuclear program. 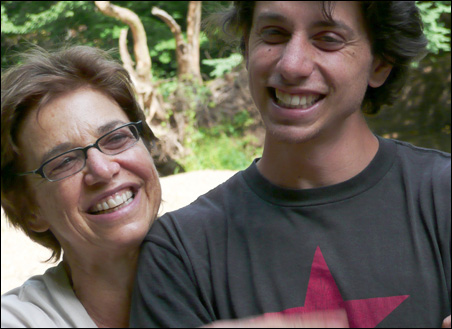 Irans president has called the Holocaust mythical and unprovable and has remarked many times about Israel’s impending demise and annihilation.

In a speech Monday at the U.N., Ahmadinejad accused the United States and others of manipulating nuclear agreements to deprive his country of peaceful nuclear power and threatening to use nuclear weapons against Iran.

The United States, Britain, France, Germany and others stood up and walked out of the room. White House Spokesman Robert Gibbs later called it a “predictable” speech full of “wild accusations.”

Hikers’ health worsens while they wait
All the while, Bauer, Shourd and Fattal sit in an Iranian prison.

Since the United States and Iran officially don’t speak, information on the trio is being relayed through Swiss diplomats who have met with the hikers. Bauer and Shourd are in ill health — Bauer is having stomach problems, and while Franken declined to state Shourd’s malady, the Associated Press reported she is suffering from a “serious gynecological condition” that isn’t being adequately treated. The three are reportedly considering a hunger strike.

Bauer’s mom, Cindy Hickey of Pine City, is in New York now with the parents of Shourd and Fattal, seeking to meet with Ahmadinejad to seek their release, though so far the parents have had “no such luck.” They’ve applied for visas to travel to Iran and meet with their children, but none have yet been granted. They’ve had one short phone call, Franken said, barely long enough to say, “I love you.” 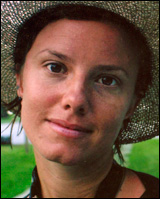 The senators’ plea echoed a call for freedom made by Nobel Peace Prize laureate and retired Bishop Desmond Tutu of South Africa.

“A nation of Iran’s stature should not act in a cruel and inhumane manner, or punish innocent individuals for the disagreements that exist with the United States,” Tutu said in a statement. “Shane, Josh and Sarah have done no wrong. Iran should act in accordance with the universal principles of justice, compassion and humanity and set them free.”

At the very least, California Sen. Barbara Boxer said, the three should be allowed to call home for Mother’s Day.

Hickey wrote a plea for her son’s return, which Franken read aloud:

“My biggest gift on Mother’s Day has always been the call that I get from my children and the knowledge that they are safe, happy and doing good things for the world.  I know I will hear from my daughters, which will be a great joy, but there will be an empty space in my heart if Shane is not home.

The greatest gift would be to be able to wrap my arms around my son and tell him how much I love him and hear him say, ‘Mom, I love you.’  Only the Iranian authorities truly have the power to make this happen.”