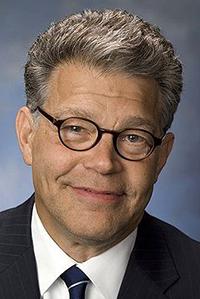 WASHINGTON — A KSTP poll out Monday shows Sen. Al Franken with at least an eight point lead over his GOP rivals.

The poll of 545 registered voters (crosstabs here) comes just a few weeks after a Star Tribune poll gave Franken a 55 percent approval rating, with disapproval ratings creeping up into the mid-30s. Franken’s approval rating was underwater with independents in that poll, and he actually trails the top three Republicans with those voters in the KSTP survey, though he’s within the poll’s 4.3 percent margin of error. 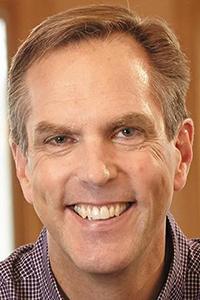 Meanwhile, a power-packed group of Senate Republicans will hold a fundraiser for McFadden this week. According to The Hill, Senate Minority Leader Mitch McConnell and three current or former top officials with the National Republican Senatorial Committee — Jerry Moran (Kan.), Rob Portman (Ohio) and John Cornyn (Texas) — will co-host the fundraiser with former Minnesota Sens. Norm Coleman and Rudy Boschwitz.

McFadden is easily the top fundraiser in the GOP field: he’s raised $2.2 million this cycle and had $1.6 million on hand at the end of January, much more than Ortman’s $114,000. A fundraiser hosted by top party leaders is a clear sign they’ve pegged their hopes in Minnesota with him, at least so far.

But if the GOP contest goes to an August primary — as it’s expected to — McFadden will have to get through the rest of the field first. The Hill cites a poll from Citizens United showing him trailing Ortman 16 percent to 8 percent in a primary, with more than 52 percent of GOP voters undecided. But among those who have heard of both candidates, Ortman leads him by almost 20 points. The pollster concludes: “McFadden has to do more than increase his name recognition to win.”