A story on Minnesota’s 8th District race from the Rothenberg Political Report (behind a paywall) reported Mills has hired Keith Gilkes to serve as a general consultant for his campaign. A campaign spokeswoman said Gilkes is working with another group to “provide media and general consulting services to the campaign.”

Gilkes is one of Walker’s longtime political operatives. He has worked as manager of Walker’s gubernatorial campaigns since 2009, according to his LinkedIn page, and was Walker’s first chief of staff as governor, though he resigned the position in 2011 to run Walker’s recall campaign.

Politico named Gilkes one of its 50 politicos to watch in 2013, and described him a “cool-headed strategist” with an “eye for operational detail … critical to Walker’s winning streak.”

As a top Walker ally, Gilkes has so far weathered both major criminal investigations into Walker’s political operation. In 2013, six Walker aides and assistants were charged with a slew of misdeeds, though none of the charges touched either Gilkes or Walker. And last December, state prosecutors alleged Walker, Gilkes and two other Walker aides had discussed “illegal fundraising and coordination efforts with national political groups and prominent Republican figures, including GOP strategist Karl Rove,” according to the AP. But that investigation is stalled, Walker has said he’s done nothing wrong, and no one has been charged.

Mills’ Walker connections run deeper than just Gilkes, though. According to Rothenberg, his pollster is Tarrance Group, a large national firm that also did polling for Walker. His media consultant, FP1 Strategies, has run pro-Walker ads for the Republican Governor Association. 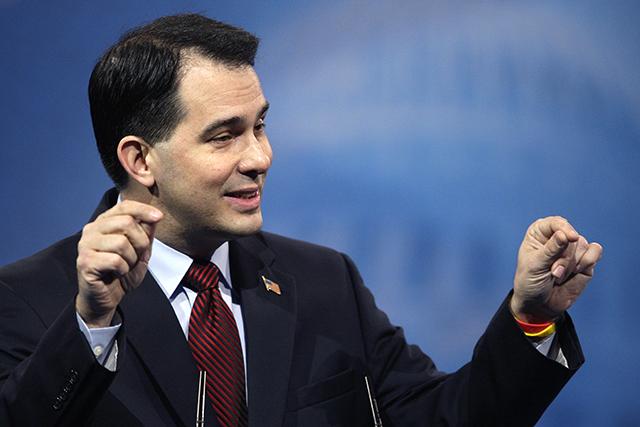 Mills campaign spokeswoman Chloe Rockow said, “Stewart collected other vendors based on recommendations from staff and other consultants.”