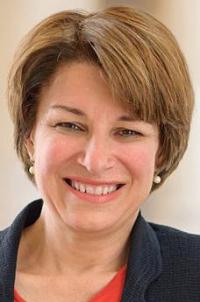 Holder announced his resignation on Thursday and Klobuchar’s name began popping up as a potential replacement. Much of the early speculation was, inevitably, Twitter-based, but Bloomberg News credibly cited “lawmakers as well as current and former administration officials” when floating her name.

But Klobuchar, who was Hennepin County attorney before winning her Senate seat in 2006, told the Associated Press she has no interest in taking the spot. In a statement later, she said, “I intend to continue my work for the people of Minnesota as their Senator. We have a lot of work ahead in Congress in the next year and I want to be there to do it.”

As for Holder’s legacy, Klobuchar said he was a “steady leader” and said noted she worked with him on reauthorizing the Violence Against Women Act and confirming a new U.S. Attorney for Minnesota.