WASHINGTON — The latest round of the medical device tax fight kicked off on Wednesday with a press conference exuding bipartisan confidence, a group of Republicans and Democrats certain that this is the year the Affordable Care Act’s tax is finally taken off the books.

But first, they have to figure out how to pay for it.

Repealing the 2.3 percent tax has been a top legislative priority for Minnesota Rep. Erik Paulsen practically since it was passed into law. The House has passed some version of his bill twice, but the Senate has never taken it up, though there is enough bipartisan support to get repeal through the chamber.

With the GOP takeover of Congress, action on a device tax repeal is coming sooner rather than later. Republicans will need Democratic support to get it through the Senate, which means finding a way to make up the lost revenue — a “pay-for” in Congress-speak — that will work for both sides, not to mention the president. Right now, at least, negotiations are ongoing and no one is able to say what that is — but repeal proponents say they’re sure they are going to find one most people will like.

“We’ve been in the red zone before, but with new Senate leadership we’re confident and optimistic that we can get it across the goal line,” Paulsen said.

ACA architects included the medical device tax in the law as a way to help pay for it, though tax opponents managed to cut its rate in half before passage. The tax is slated to bring in about $29 billion over ten years.

Repealing the tax is especially important for Minnesota, which has more than 400 device companies employing up to 34,000 people, Paulsen said. He introduced his first version of the tax repeal just a month after it was signed into law in 2010, and the entire state delegation supports repeal.

After Republicans’ big wins last November, it was assured they move quickly on repeal. They still need at least six Democrats to join them if they are to overcome a potential filibuster in the Senate, and, of course, convince Obama to sign the bill.

After the elections, Obama didn’t close the door to a tax repeal bill, and many Democrats support repeal in principle: 33 Senate Democrats voted for a non-binding resolution saying so in 2013, and Sens. Amy Klobuchar and Al Franken both oppose the tax. But supporters need to find a new, agreeable funding offset, and no one’s ready to say what that might be. 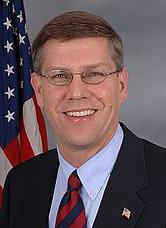 On Wednesday, Paulsen said he was “convinced that having such a strong group of bipartisan legislators, the pay-fors are not going to be a problem.” (The bill has more than 250 co-sponsors.) He did acknowledge, though, that in 2012, that wasn’t the case. Both he and bill co-author Ron Kind (D-Wisconsin) said leaders in both parties are looking for a solution.

Kind suggested they could find savings within a health care industry whose costs are growing more slowly because of the ACA, but that’s about as specific as anyone can get right now.

In a statement, a Franken spokesman said that he “is continuing to explore ways to offset repeal.” Klobuchar, when asked about it on Meet the Press this Sunday, said she is working with Senate Republicans to find a solution. A spokesman for Utah Sen. Orrin Hatch, the bill’s Republican sponsor in the Senate, that he “will be working with members of both parties to move the effort forward in the new Congress.”

Republicans moved Paulsen’s bill on its own in 2012, paying for it using a strategy called “subsidy recapture.” Essentially, the bill reduced ACA subsidies to certain individuals who don’t spend their entire payment on purchasing health insurance plans. (Here’s a much more technical description of the policy from 2012). The plan would have saved the government $43.9 billion over 10 years, more than enough to offset the $29 billion the government would lose if it repeals the tax.

Many Democrats, even some who oppose the tax, were not fond of this plan. Obama threatened a veto of the bill, citing the subsidy cuts, and some Minnesota Democrats who supported the bill said they hoped the funding mechanism would change. Rep. Betty McCollum, a liberal Democrat who opposes the tax and has co-sponsored Paulsen’s bill, said at the time, “I will vote to send this bill to the Senate where I know a responsible offset can be found that will not hurt any citizen.”

The Senate never took up the bill.

There a couple of different paths a medical device tax repeal could take through Congress this session, and each has a unique twist on the funding side of the equation.

• First, Paulsen’s bill could pass on its own, with an agreed-upon offset. Mark McClellan, a health care expert at the Brookings Institution, suggested, as Kind did, that lawmakers could look toward other aspects of federal health care spending for savings, even within the ACA.

“Other places to go might be aspects of the [law] that many Democrats might not be willing to die on their sword over,” he said, such as payments to insurers or certain types of funding for the law’s built-in bureaucracy.

• Lawmakers could also attach a repeal bill to a broader tax reform package. But modern attempts at so-called “comprehensive tax reform” have turned out to be the legislative equivalent of Bigfoot: much discussed, often sought after, rarely seen in the wild and, until evidence proves otherwise, probably a myth.

Even so, a new Congress means renewed hope that such a plan could come together. That would make moot the question of a $29 billion offset for one specific tax cut when, by definition, the tax code as a whole would be rebuilt. In a Wednesday statement, Klobuchar said, “I also continue to believe [a device tax repeal] could be done as part of comprehensive tax reform.”

Genevieve Plumadore, the director of government relations for the St. Louis Park-based LifeScience Alley, a medical industry trade group, suggested repeal could be attached to either a tax overhaul or possibly a larger negotiated ACA reform package. Though her group advocates for repeal, she said they are leaving specific funding decisions up to Congress.

• McClellan suggested lawmakers could pass a repeal bill annually, with some kind of spending offset attached each time (in other words, finding about $3 billion a year, rather than $29 billion all at once). Congress does this with the “doc-fix,” a yearly exercise in which Congress delays Medicare reimbursement cuts to doctors.

In an interview, Paulsen said leadership will have the ultimate say on an offset. With Republicans in charge of both the House and Senate, that could be a worrisome prospect for Democrats. But Paulsen is adamant that with bipartisan support for repeal, there is incentive to find a solution.

Either way, the bill is coming to the floor, and soon, meaning lawmakers are about to be forced off the fence.

“No one is going to be able to hide behind a vote, they’re going to have to really put up now and show they actually do indeed want to repeal that tax, which is good,” Paulsen said.