WASHINGTON — On a dreary Wednesday on Capitol Hill, Rep. Keith Ellison stood with fellow progressives and vowed to kill a key item on President Barack Obama’s second-term agenda. Flanked by people holding signs — “No to Fast Track” and “Stop the TPP” — Ellison attacked the Obama and GOP-backed free trade legislation that Congress will soon consider. “This is wrong, from A to Z, and I’m against it!” Ellison exclaimed.

After being pushed out of the spotlight for weeks, rancor and sharp rhetoric over trade policy is returning to Congress in a big way. At issue is the Bipartisan Congressional Trade Priorities and Accountability Act of 2015 — known simply as TPA (Trade Promotion Authority) 2015 — which would set new rules governing how the U.S. government negotiates international trade deals. It would permit the president to put trade agreements to an up-or-down vote in Congress, but legislators would not have the immediate opportunity to amend or filibuster. Opponents call it “fast-track” authority, while proponents say this bill provides for plenty of Congressional power to influence trade policy.

The law has passed the Senate, and, if approved by the House, would pave the way for Congressional consideration of the Trans-Pacific Partnership, a major trade agreement that has been a longtime goal of President Obama. Like NAFTA, TPP would set up free trade rules between the U.S. and 11 other countries aimed at boosting exports and setting up enforceable standards, particularly regarding labor, among signatories.

TPP is being called the biggest trade deal since NAFTA, and one of the most important battles of the fourth quarter of the Obama presidency. In an unusual alliance, the White House and Congressional Republicans have joined forces to move the legislation, while many Democrats — moderate and progressive alike — have sharply criticized it.

Complicating matters is an additional variable: Trade Adjustment Assistance, a long-standing federal program designed to aid American workers who lost jobs due to international trade. TAA, as renewed in the TPA package the Senate approved, provides for $700 million of assistance annually over 10 years. That cost, however, is offset by cuts to Medicare, making it unpalatable for many Democrats.

Members of the Minnesota congressional delegation have played significant roles arguing both for and against TPA and TPP. Reflecting the broader national divide, Minnesota Republicans have enthusiastically backed the White House’s push, touting potential benefits for Minnesota businesses and agricultural interests. Meanwhile, nearly all of the Democrats have expressed reservations or just plain condemned the plan — which they tend to call “fast-track” — citing widely held concerns about transparency, special interests, and the security of Minnesota workers. 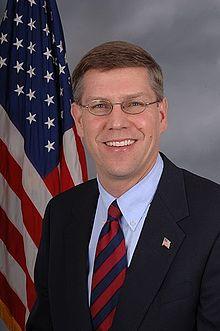 While Minnesota’s three Republican representatives have been vocal in their support of TPA, the issue is particularly important to Rep. Erik Paulsen. The four-term congressman is regarded as a leading free trade advocate on the Hill, and serves on the Trade Subcommittee of the powerful House Ways and Means Committee, where the current TPA legislation originated.

In a Star Tribune op-ed, Paulsen laid out the central case for free trade, citing the potential for it to open up foreign markets to American products. “Minnesota is uniquely positioned to sell goods and services to [foreign] consumers and create jobs here at home,” Paulsen wrote, mentioning the state’s agriculture, medical, and manufacturing sectors.

First-term Republican Rep. Tom Emmer is also a strong supporter of TPA — and as early as February, he was cajoling fellow freshmen to get behind it. Emmer circulated a letter urging them to support the soon-to-be-introduced bill, and he says that more than half of the 58 new members signed it. Emmer has been highly critical of President Obama, and some of his Republican colleagues have been reluctant to “give any more authority to this president,” he says. “The response I have is: you’re not.”

Emmer added that Congress would retain authority to reject White House trade plans. The “fast-track” label is a misnomer, he said. “It sounds like Congress is pulling a fast one — but that’s not what this is.”

Rep. John Kline echoed that sentiment. “We retain the right to reject any agreement at the end,” he said.

On the other side of the aisle, Sen. Al Franken was an early opponent. He co-signed a 2014 letter with Sen. Harry Reid (D-Nevada), Sen. Elizabeth Warren (D-Massachusetts), and others, stressing that good trade agreements should have strong anti-currency manipulation and pro-labor provisions. Franken maintains that the current bill won’t deliver, and voted against it. Sen. Amy Klobuchar also voted against TPA and is awaiting more details about TPP before taking a position.

Ellison’s opposition to the proposed deal is not new, and the usually reliable Obama ally has been outspoken on the topic. In a Guardian op-ed he penned with Progressive Caucus co-chair Rep. Raul Grijalva (D-Arizona), Ellison laid out the case against the law as a creation of corporate interests. Comparing TPP to NAFTA, they write, “the US must stop using trade agreements as investment deals for the world’s wealthiest corporations and instead prioritize higher wages, safer work and environmental standards and a healthier world economy.” They also condemned TPA for being insufficiently transparent, and for not giving Congress the opportunity to amend trade agreements.

Reps. Betty McCollum, Rick Nolan, and Tim Walz have all expressed opposition to TPA, and along similar lines. Walz spokesman Tony Ufkin said that TPA doesn’t create transparency and “leaves Congress — and constituents — in the dark.”

Peterson ‘officially on the fence’ 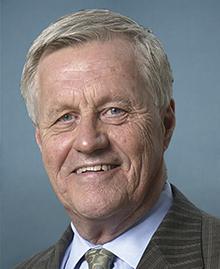 Rep. Collin Peterson, as ever, has proven a wildcard. As he put it in May, he is “officially on the fence” on TPA, and remains so. The longtime 7th District representative has shown flashes of what he intends to focus on, however. As Ranking Member of the House Agriculture Committee, Peterson has publicly weighed how a new trade deal would affect agriculture. “Most of the people that eat in the world live outside the U.S.,” he said in a March hearing, referencing a common argument that the deal would open up foreign markets to American ag products. He also said that “unions and environmentalists are putting the heat” on Democratic lawmakers on trade.

Despite his own party’s opposition, President Obama will need only a moderate number of Democrats to support trade legislation thanks to strong Republican support — perhaps as few as 20 or 25. Given Peterson’s stature, he’s a highly sought-after get for the pro-trade coalition.

It’s unclear exactly when TPA and TAA will return to the House floor, but it could be as early as next week. House leaders are attempting to rework the TAA Medicare offset in an attempt to pick up some Democrat votes, but Republicans are confident that they’ll have the votes to pass both TAA and TPA, without the bill going to conference — where it could potentially lose critical momentum.