On Wednesday afternoon, as I cleared another carpet of acorns from the deck, a flash of saffron caught my eye, up there above the roofline.

I walked around to the other side of the house to find that an entire maple tree had gone from green to golden overnight.

Next morning, after hours of pelting rain, the ground was covered in a thick blanket of bright and half-turned leaves.

Autumn is coming up fast, and so are the prime opportunities for a weekend foliage tour of the Minnesota countryside.

I personally like the contrast of brilliant colors and deep greens that precede the peaks; most of the state’s upper half is in that 50-75 percent range as of Thursday.

As always, the DNR site offers updated reports from individual state parks, as well as top picks for the weekend to come.

And, as always, this slice of short-lived beauty is at the mercy of elements that can make it even shorter.

Heavy rains last spring set up conditions for especially brilliant foliage shows this fall, and in general the leaves are turning a little farther along in the calendar than usual.

But strong winds and rainstorms like Wednesday’s can strip trees in a hurry.

I’ve been a longtime, satisfied user of the DNR’s foliage forecasts, but this year decided to see what’s going on in other states where Minnesotans might be inclined to wander.

Wisconsin: Travel Wisconsin’s Fall Color Report is kind of a stunner, I think. It rates foliage conditions county by county, and allows you to zoom in to the level of smaller towns and back roads, which makes it easier to pick a specific destination or to look up conditions in an area you’ve already chosen.

Clicking the map brings up links to a selection of local reports from that area — less scrolling up and down — as well as side menus for events, activities and dining/lodging options.

Iowa: This site would be at the other end of the spectrum in usefulness and visual appeal. The map, last updated in 2008, shows the state in three lateral bands based on the three-week periods in which colors typically reach their peak.

Weekly updates are in the form of text-only PDFs which appear to come out on Mondays, not necessarily the most useful time for weekend trip planning; last Monday’s had seven very general, regional reports of a few sentences each. 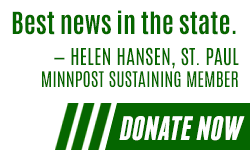 North Dakota doesn’t bother with a statewide map at all, but posts updates on foliage every Thursday for its 13 state parks and the Pembina Gorge State Recreation Area. Each report includes an “Also of interest” section, which I found charming.

At Graham’s Island State Park, “a porcupine has been spotted in the park along with a doe and couple of fawns,” while “many squirrels have been spotted gathering acorns” at Fort Ransom and “five turkeys are still seen roaming around the campground” at Icelandic State Park.

South Dakota doesn’t go even that far, merely listing a handful of parks and recreation areas to visit and offering the obligatory page on why leaves turn color. Can’t top it for the stirring quote and commentary, though:

“What gorgeousness, what blazonry, what pomp of colors bursts upon the ravished sight,” wrote poet and journalist William Davis Gallagher in ‘Autumn in the West.’

Yeah, but where, and when? I get that trees are not the first natural resource one associates with South Dakota. But I like its prairie landscape, too, and I’d read a guide to tracking some of that blazonry and pomp in its grasses and brush. Might even plan a trip to see some prime examples.

It’s an especially good year for foliage tours, but don’t put it off too long