July 8, 2019
In December of 2014, Gaylord banker Philip Keithahn met with six leaders in this small Sibley County town to discuss an audacious question. A month earlier, voters in the Sibley East Public Schools district had agreed to build a new elementary school in Gaylord, a decision that would eventually leave the existing school sitting abandoned a few blocks from downtown. Why not turn that building into an osteopathic medical school?

Keithahn likened the idea to being on a safari, and his pitch to the group went something like this:

It wasn’t a sure thing – far from it. We might never find an elephant. But at the very least, we would all learn some things about economic development, improving life in Gaylord in the process. And we just might pull it off, creating an osteopathic medical school that could generate physicians where more of them are needed: right here in rural Minnesota.

Nearly five years later, that imagined pursuit is beginning to look like a success. The Minnesota College of Osteopathic Medicine, co-founded by Keithahn, is renovating the old school, developing curriculum and working to win accreditation from the American Osteopathic Association. If all goes well, the school plans to open in the fall of 2020 with an inaugural class of 75 students.

Keithahn emphasized that the project won’t be complete until the school is accredited. Nothing is set in stone, just yet. But in further recalling his message to those Gaylord leaders, his aspirations shined through.

“If/when we were successful, we would also fill a deep need for physicians who have a passion to live and practice medicine in rural and underserved communities,” he wrote. “This expanded physician workforce could provide the foundation for improving the health of vulnerable populations throughout Minnesota, our country, and the world.”

Part of a trend

Gaylord, the largest town in Sibley County with about 2,300 residents, might seem like an unusual place for a medical school. It’s located in a remote agricultural region. It’s not a university town. It has no major medical center.

The trend has given hope to rural regions that have had difficulty recruiting primary care physicians.

Dr. Boyd Buser, a past president of the AOA, said most of the osteopathic colleges that have opened in the past decade are located in areas that have been, as he put it, “medically underserved.” Osteopathic schools, he said, “have a track record of supplying physicians for those areas.”

Besides his post at the AOA, Buser also once served as vice president and dean at the Kentucky College of Osteopathic Medicine, in the Appalachian region, which opened about two decades ago. The school, Buser said, is committed to serving areas that need physicians; as of 2016, 42 percent of its graduates were practicing in rural areas. “It’s kept its promise,” he said of the school.

He added: “There’s no strategy, profession-wide, for starting new schools, but often when areas are looking to increase their physician supply they have naturally turned to osteopathic schools.”

According to the AOA, there were nearly 31,000 osteopathic medical students in the United States during the 2018-19 school year — a 34 percent increase from five years earlier — and about 114,000 doctors of osteopathy in the United States in  2018. The organization declined to comment on the proposed Gaylord school.

On a late morning in June, foot traffic in Gaylord was light, though several people ate lunch at the Prairie House Family Restaurant, a popular stop along Highway 19. 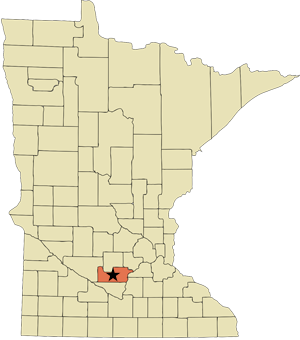 At the school renovation site, workers took a break under the shade of overgrown trees whose branches dangled across the entrance. Many of those trees were marked with an X, to be removed to make way for an entryway and plaza for the medical college.

Two years ago, as they explored the possibility of starting a medical school, Keithahn, his wife, Sue Keithahn – who is also an investor in the project – Mayor Don Boeder and other civic leaders took field trips to three osteopathic schools: the Kentucky school, which is in Pikeville; the DeBusk College of Osteopathic Medicine in Harrogate, Tennessee; and the West Virginia School of Osteopathic Medicine in Lewisburg. The largest of those towns, Pikeville, has fewer than 7,000 residents.

Ahead of its visits, the group sent a list of questions to leaders in the three communities. One of them: “Describe your city before the medical school started and how it changed as a result of the school.”

Several osteopathic schools have pipeline agreements with nearby colleges, an arrangement also envisioned by the proposed Gaylord school. (Earlier this year, leaders of the college, including Dr. Barbara Ross-Lee, slated to be the dean, discussed the possibility of collaboration at a health care panel at Minnesota State University-Mankato).

In their research, community leaders found that Gaylord is in a pretty good geographic location for such a school – not too far from regional health care centers in St. Cloud and Mankato, just an hour’s drive from the Twin Cities. The idea began to take shape.

Not surprisingly, Boeder didn’t expect to work on a medical school when he became the mayor. He has no background in health care. But these days, time is set aside during each City Council meeting for updates on the medical school. “I didn’t want to lose this opportunity, so I hung on to it as tightly as I could,” he said.

Hoping for ‘a boost’

Joe Deis dropped a stack of recent editions of The Gaylord Hub, the paper he publishes and edits, on a counter inside the newspaper’s office. Deis is a third-generation owner of the paper, so he has been around to see the city’s fortunes ebb and flow.

The weekly newspaper has been covering the progress of the medical school since it was only an idea. The June 20 issue featured two pictures of the school renovation work on the front page; the issue being prepared the day I stopped by included a small update on the project.

Deis said the plan was met with some skepticism, initially. “‘We’ll believe it when we see it’” was kind of the thinking around town,” he said. “But now that all of that construction is going on, it looks promising.”

Gaylord’s major employers include Michael Foods – a food processor that specializes in egg products – the door-maker Unidoor Corporation and county government (Gaylord is the seat of Sibley County). A walk through the downtown reveals two banks, a law firm, a barber shop and an insurance agent – all set against the iconic backdrop of a grain elevator. But there’s little retail – not even a coffee shop.

“People are looking at the medical school to give us a boost,” Deis said. “Maybe it could lead to a café, a coffee shop, maybe a hotel.”

Indeed, along with the school renovation, the medical school project includes attached housing for 45 students. City officials also credit the promise of the school with two planned projects: a Grandstay Hotel and an 80-unit apartment complex.

Keithahn shared an economic report that suggests the medical school could generate $75 million to $125 million for the local economy, factoring in the renovation project, housing for students, spending at local businesses and other variables. The report used an economic model used by other medical schools, Keithahn said.

In sending the report, he added: “The economic impact could eventually be exceeded by the impact on health care from a healthier population that lives longer.”

Students at the Gaylord school would follow the familiar med-student road: two years in the classroom, two years of training at clinics and hospitals, several years in residency at a large medical center. The school is working on residency agreements with clinics and health systems in Minnesota and other states in the Upper Midwest.

The project would not have been possible without the high-speed internet fiber that RS Fiber Cooperative, an initiative involving several towns in this region, laid through town a few years ago. (Philip Keithahn was also involved in that project). Students will use simulation labs, 3D technology and other technological innovations.

While the initial class is expected to have 75 students, classes should eventually double in size, meaning as many as 600 students could be enrolled in the college one day.

It’s hoped that by immersing medical students in a rural area, some will want to practice in such a place. Keithahn hopes so. He also hopes the project will change the community’s perception of itself.

“Any business that expands in Gaylord or other communities throughout Rural America brings hope to people,” he wrote.  “New opportunities are created. People see their community differently, because visitors and people who move to the community made a choice to live and work in the community.”

He added: “A rural-focused medical school in Minnesota can showcase the best talents of my friends and neighbors.”