When Nicole Bridge applied to get her Minnesota teacher licensure in 2012, she already had more than seven years of teaching experience as a licensed middle school math teacher in Pittsburgh, Pennsylvania; Houston, Texas; and Buffalo, New York.

But her pathway to licensure in a state that boasts holding exceptionally high teacher standards — arguably, to the point of turning its nose up at many qualified out-of-state teachers to its own detriment— tested her resolve more than any of her prior transitions.

Her husband had started a new job with General Mills and she had secured a position as the middle school math coordinator with Minneapolis Public Schools, coaching math teachers while she chipped away at securing her state teaching licensure.

The process started out fairly straightforwardly, she said, noting the Minnesota Department of Education (MDE) directed her to submit her transcripts, take a skills test and enroll in both a human relations course and a reading-in-the-content-areas course, providing a list of accredited universities and colleges that offered the courses.

Within two years, she had completed this checklist to the tune of about $2,000. However, one lingering grade-specific coursework requirement — which neither the MDE, the Board of Teaching nor the teacher preparation folks could spell out — placed her at the center of what she describes as an “ask mom, ask dad kind of situation.”

So she became her own advocate, digging through course catalogs and documenting email exchanges with each party to no avail.

Frustrated and anxious about a fast-approaching three-year deadline to finalize her licensure, Bridge then connected with a lawyer through MinnCAN, an education advocacy group. After she was instructed to dredge up every last education-related experience she’d ever taken part in, one professional-development certification finally surfaced and was deemed sufficient.

The system is still broken, though, she says. This became incredibly clear to her earlier this year when she received an introduction email to an out-of-state teacher from an MDE staff member who was referring this individual to Bridge for guidance.

Personally invested in fixing the process, Bridge testified at a recent House hearing, where she was disappointed to hear the licensure entities fall back on the disclaimer that Minnesota is the gold standard of teacher preparation.

“I’ve lived in a few places and they all say the same thing,” she said. “It feels dismissive of my experience as a teacher, coming from someplace else.

“I don’t think making an easier, streamlined process for teachers would in any way lower expectations.”

According to the findings outlined by the state’s Office of the Legislative Auditor — which was tasked with investigating current teacher licensure laws and the division of responsibilities between the Board of Teaching and MDE — Bridge and her peers aren’t alone in feeling vexed by the system.

Delivering a much-needed reality check to licensure entities, last Friday the auditors presented their findings and recommendations to lawmakers.

Legislative Auditor Jim Nobles told lawmakers, “We join in criticizing the state’s approach to licensing teachers. We say, quite frankly, that the system is broken. But just blaming the board really misses the mark.”

Walking through a list of possible solutions, Evaluation Manager Judy Randall said the Legislature needs to add clarity to the statutes, consolidate all teacher licensure oversight to one agency — preferably the Board of Teaching — and institute a complete overhaul of the licensure system, perhaps to a tiered system.

Meanwhile, she told the MDE it should spell out applicants’ shortcomings when they’re denied licensure. And the Board of Teaching should make sure its licensure-appeal process is consistent with the law.

“We are concerned that there are two different sets of standards right now,” Randall said, noting out-of-state licensed teachers seem to be held to an ill-defined, different set of criteria. “And I think the most important thing is to level the playing field.”

Both licensing entities said they fully agreed with the findings and are already working on improvements internally. 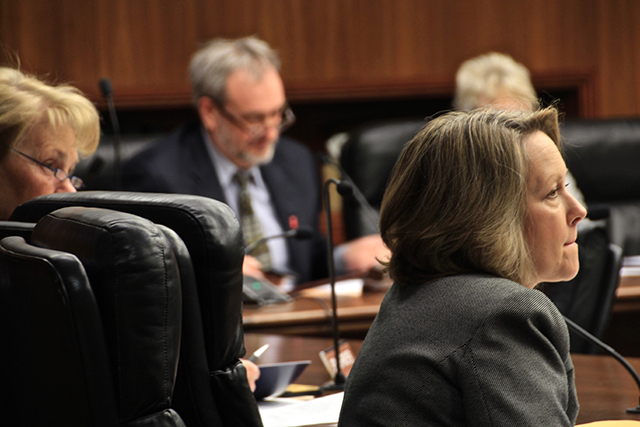 “I think that over time we’ve put a lot of legislative Band-Aids on a lot of issues … it’s become hard to determine where the starting point is,” Erin Doan, executive director of the Board of Teaching, said at the hearing. “The board values the recommendations and feedback from the audit and will rely heavily on those recommendations.”

Calling the current roles of the MDE and the Board of Teaching “unnecessarily complex and intertwined,” Hue Nguyen, assistant commissioner for the MDE, said they support the consolidation of all teacher licensure under one entity.

Given the amenable reaction of both agencies under scrutiny, it would be easy to walk away from the hearing confident that things will start improving from here on out. But it’s not quite that simple.

Not only do lawmakers doubt they’ll make much progress on their teacher licensure to-do list during the short session, but the Board of Teaching has also proven itself defiant when it comes to following legislative direction, as related to the ongoing teacher licensure by portfolio lawsuit.

Given the high stakes — the need to address a teacher shortage in specialized subjects and in rural districts, along with the need to diversify the teacher work force as a means of solving the student achievement gap — perhaps the most pressing question remains unanswered at this point: Now what? How can we be assured that the long-overdue overhaul actually happens?

A history of paying lip service

This certainly isn’t the first time lawmakers have attempted to confront the notoriously vague hoops out-of-state teachers have had to jump through in order to prove themselves qualified to teach in Minnesota.

Back in 2011, Gov. Mark Dayton signed a bill into law directing the Board of Teaching to draw up a procedure for issuing Minnesota licenses to applicants who have taught elsewhere. But that law was never actually implemented.

A few years later, the Board of Teaching claimed the issue had been resolved because it had created a matrix of benchmarks an applicant could use to demonstrate their qualifications. It included experience, among other credentials. A handful of licenses were issued, former MinnPost education writer Beth Hawkins reported, but those steeped in the process were quick to report that the alleged fix didn’t actually exist, at least in any consistent, transparent manner. (For more background on the saga, see MinnPost’s Feb. 2015 update here.) 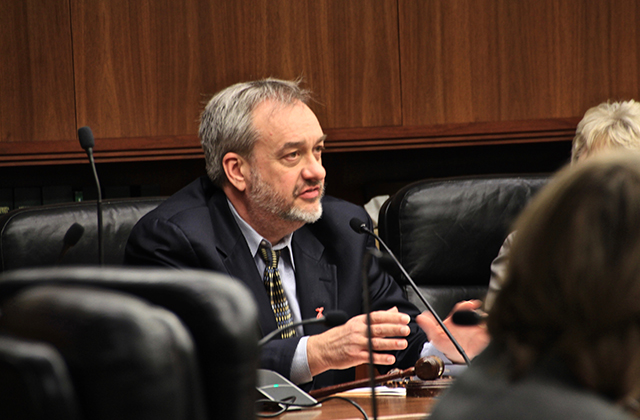 Given the widespread criticism spurred by the court case and the bold analysis delivered by the state’s Legislative Auditor, lawmakers say the need to overhaul the teacher licensure system is a must. The timeline for doing so, however, remains unclear.

“I think when the people look at the report they’ll want action,” he said. “I’m hopeful we could move forward on this, at least some of it.”