As stated in his proposed “Teacher Protection Act” school boards would be tasked with determining the length of the expulsion; and — unless the assaulted teacher agrees to allow that student back into their classroom — school officials would have to find an alternative placement for the student as well. 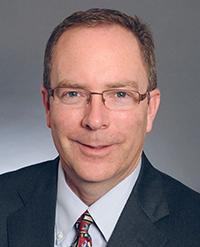 “This bill gives our teachers a voice and lets them know the Legislature [thinks] their protection is important,” Brown said.

While many committee members agreed that concerns of teacher safety — which have been heightened by recent news coverage of assaults in St. Paul Public Schools — warrant some refined legislative guidance, few lawmakers were willing to put their weight behind Brown’s zero-tolerance policy.

Even Senator Chuck Wiger, DFL-Maplewood, the committee chair and co-author to Brown’s bill, seemed inclined to let it fizzle out in favor of a more comprehensive bill authored by Sen. Sandy Pappas, DFL-St. Paul.

In Pappas’ “Student Inclusion and Engagement Act,” suspension would be a last-resort action, only deemed appropriate after alternative disciplinary interventions have been employed, the student’s parents have been notified, and the entire situation has been documented. The proposal also lays out requirements for a suspended student to have the opportunity to make up missed work for full credit, and for school administrators to create a clear re-engagement plan.

“We’re all concerned about disorder in our schools,” Pappas said. “However, outdated discipline practices are pushing too many student outside of the classroom, often for nonviolent behavior.”

Statewide, the number of students expelled from schools is dropping as districts invest more time — and in some cases, more money — into various ways of preventing and mediating problem behaviors, approaches that take a student’s social, emotional and academic needs into consideration.

But students of color and disability are still disproportionately affected by disciplinary measures. In the 2014-15 school year, 38 percent of discipline cases in Minnesota schools involved black students, even though African-Americans only represent 12 percent of enrollment in the state.

Those advocating for a more equitable education system often cite the “school-to-prison pipeline” as a grim reality for many of these students. Marginalized youth who are funneled out of public schools, even for non-physical offenses, are more likely to end up in the juvenile justice system.

Pappas’ proposal is expected to be absorbed into a student discipline workgroup proposed by Senator Greg Clausen, DFL-Apple Valley, that would meet over the summer. Based on those discussions, the workgroup would then deliver its recommendations to the 2017 Legislature. 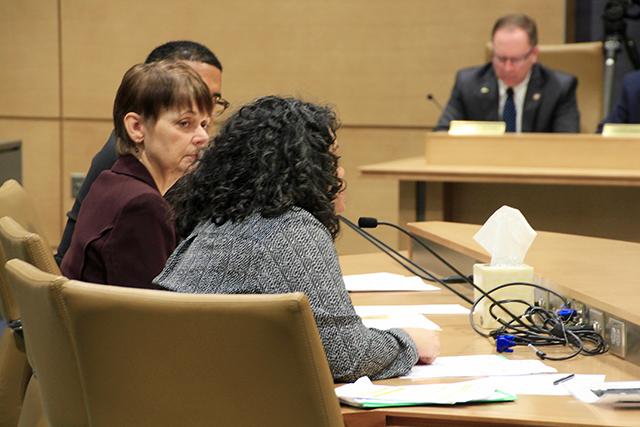 ‘Too broad an ax’

Brown says his bill was created in response to phone calls and emails he’d been receiving from teachers who had been assaulted and didn’t feel the situation was taken seriously by administrators. One of these teachers claimed she had been assaulted by a student two years ago and ended up leaving her job while the student stayed in the school.

Yet none of these teachers showed up to testify in support of Brown’s bill. “They were all afraid of reprisals that would come,” Brown told reporters in a press conference following the hearing. “I understand that.”

While Brown’s bill lacked public testimony, Sen. Eric Pratt, R-Prior Lake, spoke out in favor of it. “For too long, we have rationalized and excused students from their actions and I think that’s, in part, one of the reasons we’re seeing the problems we’re seeing today,” he said.

But most committee members felt Brown’s bill was a far cry from what’s needed. “My fear is because of the lack of a case-by-case basis, this is too broad an ax for a much more nuanced problem,” Sen. Susan Kent, DFL-Woodbury, said. “I appreciate the intent very much, but I’m afraid for all the reasons that have been discussed that we need to come up with a better solution.”

Kent’s comments were aplified by Martha Johnson, a veteran St. Paul teacher and mother, in her testimony against Brown’s bill. “You would not expect or ask a child in a wheelchair to walk up a flight of stairs and punish them if they couldn’t do it,” she said in her opening remarks.

As the foster parent of a 15-year-old son she refers to as a “prickly porcupine,” she explained that behaviors that are often deemed grounds for suspension are, in fact, involuntary in nature. For instance, she says her son was once suspended for curling up under a table and refusing to come out.

He’s been suspended for similar episodes more times than she can count, she said, noting educators should be turning to things that help students self-regulate or de-escalate situations instead.

“This bill is a long overdue first step to create system-wide, state-wide solutions,” she said.