The scholarship program that the late businessman Winston Wallin co-founded with his wife, Maxine, in 1992 has become the embodiment of “pay it forward” in more ways than one. About a year ago, staff awarded the first alumni-generated scholarship. And those closest to the program hold another story-turned-legend even dearer. 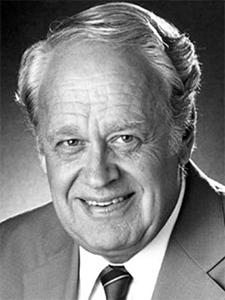 While Wallin — the former president of Pillsbury who went on to lead Medtronic during a period of dramatic growth as CEO — was being treated for cancer in 2010, a former scholarship recipient was completing his medical residency in the same building. Mohamed Abdihalim says he visited Wallin a few times. While he didn’t serve on Wallin’s care team, their relationship continues to serve as a source of inspiration for those left to carry on Wallin’s philanthropic legacy.

Over the years Wallin scholars have gone on to pursue careers as doctors, bankers, nonprofit workers and a number of other professions. No matter where they end up, they’re all familiar with the socio-economic barriers that prevent many high schoolers from attending college. They also possess a remarkable level of ambition.

Today, Wallin Education Partners reports a 92 percent six-year graduation rate for its scholars, many of whom are low-income students of color. That’s an impressive figure, especially given that students with that background are underrepresented in postsecondary programs and often do not to see college through to completion.

That’s why Wallin Education Partners pairs students with an adviser who helps them navigate the financial, academic and personal challenges that are bound to crop up along the way. It’s this added layer of support — coupled with the relationship many scholars develop with their donors — that makes the program so effective.

Wallin’s own college years were made possible thanks to the GI Bill. So when he found himself in a position to start giving back, his first stop was South High School in Minneapolis, his alma mater, where he started a college scholarship program in 1992 for low-income students.

Eventually, the program began attracting individual and corporate donors, allowing the program to expand. It now serves high school graduates from several schools in the Minneapolis, St. Paul and Anoka-Hennepin districts, along with a handful of other metro area schools.

To date, the program has served more than 4,000 students. In 2016, the program awarded 143 new scholarships. The average family taxable income for this cohort was $22,800. Fifty-eight percent are the first in their family to go to college and 70 percent are students of color.

“With the demographics of Minnesota changing so rapidly, we want to be part of the solution to the achievement gap,” Susan King, executive director of Wallin Education Partners, said. “The population we serve is growing. This is also the population that has the most to gain from a college degree.”

King says they are looking to expand their footprint because the number of qualified applicants — who have demonstrated academic rigor in high school and leadership skills — now far exceeds their funding capacity. This year alone, they had to turn away nearly 300 applicants. It’s a shortcoming she hopes to resolve soon by building up the program’s donor base.

Denny Carlson, former superintendent of the Anoka-Hennepin School District and current Wallin Education Partners board member, says his students benefited immensely from the Wallin partnership, receiving over $6 million in scholarships and the valuable guidance offered by its advisers. “It’s really one of the best kept secrets in the education world,” he said.

Wallin’s son, Brad, suspects this can be attributed to his father’s humble nature. “It was part of the character of my dad. It wasn’t a self-promotion thing. He just knew it was the right thing to do,” he said, noting the push to attract outside support is relatively new.

Matt Ladhoff, corporate donor partner for 3M, says the company has funded 47 Wallin scholars since 2009. While individual donors may be better positioned to develop mentorship-like relationships with scholars, corporate donors can offer other benefits.

“There’s a lot of different programs out there that are doing things like this — both financial support and pairing those students with a mentor. But this is one of the best we’ve seen,” he said. “We’re excited with the results and looking forward to connecting those students with potential careers and internship possibilities after school.”

Lisa Levoir, 21, is a current Wallin scholar at Macalester College, where she’s majoring in biology and minoring in geography with a concentration in community and global health. She took PSEO courses at Concordia while she was still a student at Blaine High School, but neither of her parents, who have faced financial hardships as small business owners, had completed a four-year degree.

“My parents are really smart. They’re engaged with the world. They listen to NPR. But in high school, they couldn’t help me with my assignments,” she said, adding they always cheered her on, but she had to be her own advocate when it came to figuring out things like the FAFSA application.

Levoir had the academic drive, but needed to find financial aid and guidance for college elsewhere. That guidance piece, she says, turned out to be the more valuable of the two. “My adviser is so amazing,” she said. “It’s somebody who’s not exactly a professor, and not your parents. She has this impartial role and is always rooting for you.”

Her sophomore year she started bouncing lots of ideas off her adviser, Elizabeth Karlen, to figure out how to add a minor, study abroad and seek out internships. Karlen also helped Levoir navigate all of the financial-aid streams she had access to, to cobble together a package that covered her tuition in full. Since she doesn’t have the pressure to repay student loans, Levoir says she’s considering taking a year off once she graduates this spring, before looking for a job in the public-health sector and eventually pursuing a master’s degree in public health. 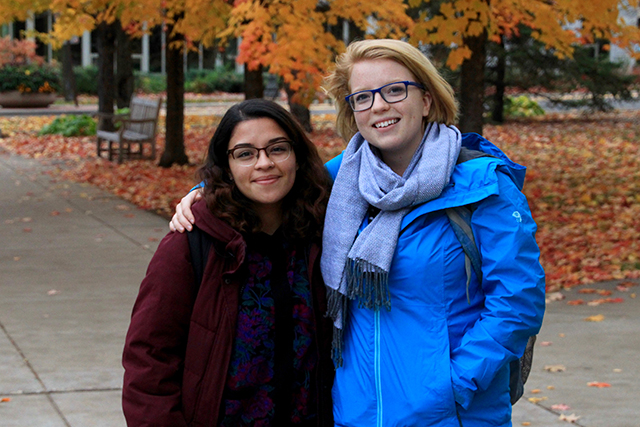 Karlen is one of five Wallin advisers. She works with 100 to 130 students at a time, helping them navigate everything from financial aid and résumé building to time management and confidence crisis as students adjust to the rigor of a full college course load.

“We have a model that we call ‘individualized support,’ where we really try to meet the scholars where they are and try to project what might be coming next for them. It’s a lot of identifying goals with each of the students,” she explained.

In Emely Mancia’s case, this support has come in the form of recommendation letters, pep talks and more as the 20-year-old Macalester premed student works toward her biology major. Mancia graduated from Central High School in St. Paul, where she took AP and IB classes. She always felt the need to prove that she belonged in those classes, she says, because “those around me were white, middle-class students.”

Her family moved to the United States from El Salvador in 2004. While Mancia found comfort in the diversity at Central, she says she always had to advocate for herself when it came to her education. Her parents are supportive, but they are unfamiliar with the American education system, so things like ACT prep and homework help were things she had to seek out on her own.

She’s also grateful for the relationships she’s developed with her donors, Pat and Ron Eldred. Over the years, they’ve constantly checked in on her, beyond the progress reports she sends them each semester, hosting group dinners with all their Wallin scholars and offering additional support by way of networking. “It’s a big investment,” she said. “I would never want to disappoint Ron and Pat because they’re doing this amazing thing for me.”

The Eldreds began donating to the Wallin program in 2005. They enjoy staying connected with students even after they enter the workforce.

“It feels as if your money is going to really good purposes,” Pat said. “We’ve always felt that education was the way to make things better in our society.”

“We see them going out into the community and making an impact,” Ron added. “That’s the fun part.”