This election, voters in both Minneapolis and St. Paul passed ballot measures on rent control with around 53 percent of votes in favor each.

The charter amendment in Minneapolis allows the city council to enact rent control, while St. Paul’s measure specifies a 3 percent cap on rents per year, with some to-be-determined provision for variances.

How did the vote break down in the Capital City?

The majority of voters in nearly every St. Paul ward voted in favor of the rent stabilization ballot question.

The only ward where a majority of voters cast “no” ballots on the rent stabilization ordinance — and by a considerable margin — was Ward 3, in the Highland Park/Mac-Groveland area.

Mayor Melvin Carter was easily reelected in St. Paul with 61.6 percent of first-choice votes. He won the most votes in every ward and won every precinct in St. Paul except Ward 7, Precinct 10, near the Sun Ray shopping center on the city’s eastern edge. Dino Guerin got the most votes in that precinct, with 144 to Carter’s 133.

For reference, here is a map of wards in St. Paul: 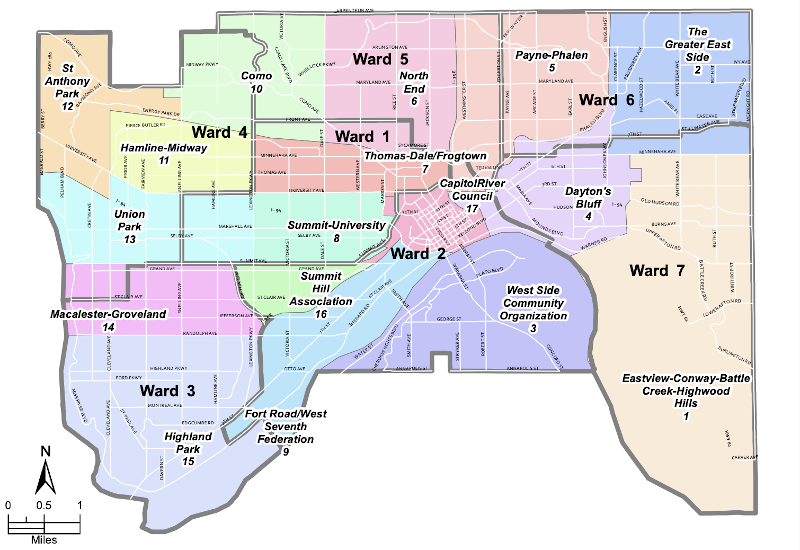 How each St. Paul ward voted on the rent stabilization ordinance