There was a time when people had no right to know. In 1966 the federal government introduced the Freedom of Information Act (FOIA), which allowed citizens access to government records. Not all the records, actually. There were nine broad categories that basically said, “These records are none of your business.”

I made a pretty good living filing FOIAs. I had a career batting average of about .150. Most of what I wanted to get at, I was told, “was none of my business.” The information I was able to pry out of the vaults, I think, did some good.

There has been a flurry of Freedom of Information Act filings around the country of late. These particular requests for documents are not from members of the press, or private citizens, but from politicians. From what I can tell, they aren’t looking to better inform the electorate, but to injure people with whom they disagree.

Look no further than Wisconsin. There is a professor of history and environment at Madison named William Cronon. He’s a Rhodes Scholar and the incoming president of the American Historical Association. As a historian, he has been interested in what is going on in his state, and has blogged about conservative politicians’ efforts to attack public employee unions. Because of that the Wisconsin Republican Party has filed a request for the University of Wisconsin to turn over all of Professor Cronon’s emails. The party, apparently, wants to know who he’s been talking to, and what he is thinking. 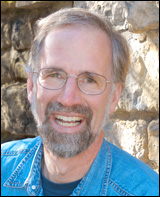 When I was in college I knew two professors who had studied the history of Vietnam and made comments in classrooms that the war was misguided. They were taken for communists and the university asked them to leave. Some parents of students, and big donors to the school, who thought the war was a good thing, demanded the dismissal of the “un-American” instructors. In other words, political attacks on the academy are nothing new.

The University of Wisconsin is standing behind Professor Cronon, while, at the same time, complying with the law. It says it will release all documents sought by the Republicans, with the exception of anything that has to do with students, any communications unrelated to Cronon’s job and any emails that the school says are private communications between scholars. In other words, the University of Wisconsin is saying, “What you ask for is none of your business.”

The case in Virginia
Another politician is trying the same thing in Virginia with roughly the same outcome.

Ken Cuccinelli is the attorney general of Virginia. He is a Tea Party guy. He has launched an investigation into Dr. Michael Mann. Cuccinelli is telling everyone that he is investigating Dr. Mann for committing fraud in obtaining grants while he was on the faculty of the University of Virginia. A judge quashed his request for Dr. Mann’s emails because the attorney general failed to present one scintilla of evidence that any such fraud had ever occurred.

The University of Virginia is on Mann’s side. Its president, John Casteen III, said the FOIA requests have “sent a chill through the Commonwealth’s colleges and universities,” and added that the chill is being felt around the country.

So why, you might ask, is Cuccinelli doing this to Mike Mann? 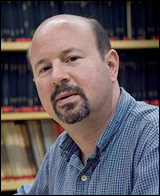 Well, Dr. Mann is the scientist whose research resulted in the “hockey stick” graph that shows the planet has warmed abnormally over the past century. His work, by the way, has been confirmed by a dozen other studies. But Dr. Mann’s science, and Ken Cuccinelli’s Tea Party line that global warming isn’t happening, cannot exist in the same world. Since Mann’s science cannot be disproved, Cuccinelli needs to, it seems, destroy Dr. Mann.

Mann told me: “The parallels between my situation and Cronon’s is remarkable. In fact, they are closer than you might realize.”

I presume Dr. Mann is referring to the appearance of the Koch brothers in both of these cases.  Mann says the FOIA requests for his files have been pushed by Koch front groups. If you aren’t aware, the arch-conservative billionaire brothers have more influence in American politics and public policy than seems reasonable. They made their fortune in fossil fuels, and they give lots of money to organizations and politicians who fight any attempt curb CO2 emissions and who support ultra-conservative legislation.

There is, by the way, a lot of Koch money flowing into Minnesota. They also fund groups whose main object, it seems, is to keep Americans confused about the science of global warming. Koch money was influential in the election of Wisconsin Gov. Scott Walker, who has led the attack on the public employee unions Professor Cronon blogged about.

According to The New York Times, an anti-union rally in February at the Wisconsin Capitol featured Tim Phillips, the president of Americans for Prosperity. He told the crowd the Wisconsin union cuts were just the start of a national movement to slash public-sector union benefits. According to the Times, Phillips failed to tell the crowd that his Virginia based group was created by Charles G. and David H. Koch.

Is Minnesota next?
Is there an ill wind blowing from the East? Could Minnesota soon be feeling the chill?

I asked Professor John Abraham at the University of St. Thomas. Abraham has mixed it up with some of the anti-science Republicans at the Minnesota Legislature. He also is famous for having dismantled the rantings of Christopher Monckton, a noted global warming denier. When Abraham was done, there wasn’t much left of Monckton. The discredited Monckton is no longer the darling of the denier set. But Abraham has stuck his neck out. No one would be surprised if an FOIA request landed on his desk.

As Mann and Cronon have done, Abraham is relying on the strong support of the university community.

“Often, threats and attempts at censorship are made to intimidate universities and their employees,” Abraham told me. “When a university defends its employees and affords protection from intimidation, it sends a clear message.”

Abraham has come under a series of verbal and written assaults as his stature in the global warming science community has grown. He is something of a lightning rod. Abraham said, “The University of St. Thomas has shown uncommon courage…and defended me against unfounded and personal attacks.”

I deeply believe in the Freedom of Information Act and the Minnesota Data Practices Act and why they are necessary. If I ran a news operation, I would require everyone on the staff to file 10 requests for information every year, just to keep the law well-oiled, and to remind officials the people’s work can’t be conducted in secret. The father of Minnesota’s law, Don Gemberling, told me, however, the law is clear. He said, “It doesn’t ask, ‘Who wants to know, and why do you want to know it?'”

It would be a sad day when more FOIA and Data Practices requests were being filed by political powers with the intent to humiliate, than by the inquiring press. My fear is that a good law, misused for political purposes, will excite well-intentioned but misguided government officials into weakening a law that does much good, and has taken a half century to create.