Note: This is a corrected version of an article that was originally published June 15, 2011.

The Minnesota Senate’s most notable authority on global warming comes from East Bethel. Michael Jungbauer was once its mayor. He is in his third term at the state Legislature and he has fashioned himself into a force of nature when it comes to the environment.

But Jungbauer doesn’t believe the planet is warming. In fact, he told me, “I think the earth is going to cool.” From his position on the Senate Energy, Utilities and Telecommunications Committee, he has the power to change the way Minnesota approaches the issue. And his influence is apparent. The Minnesota Legislature has been busy undoing much of Minnesota’s nation-leading policies enacted to deal with global warming.

He is also a television star, of sorts. He makes little videos on his pet theories and puts them on his webpage and on YouTube.com. You can see a few of his lectures here.

Sen. Jungbauer is fond of making pronouncements from on high regarding the scientific weakness of the United Nation’s Intergovernmental Panel on Climate Change (IPCC). He takes positions in direct opposition to 98 percent of published and peer-reviewed climate, atmospheric scientists and glaciologists. But the water and sewer treatment specialist by day is, apparently, quite knowledgeable on all manner of science. It certainly appears to be. He uses big words and cites studies in his lectures.

No scientist
The problem is, he is not a scientist. Even though his published biography lists his higher education credits from Moody Bible Institute, Anoka Ramsey Community College and Metropolitan State University and that he is working on his master’s degree in environmental policy and that he has a background in biochemistry, it turns out he has never graduated from college. He doesn’t have a bachelor’s degree.

He is an ordained minister, of sorts. But, although his official biography says he has a degree from Moody, he does not. In direct answer to my question, Jungbauer responded: “No I did not graduate. But I have a certificate.”

The truth is that Jungbauer was ordained by Christian Motor Sports International out of Gilbert, Ariz. His Senate biography says the organization provides “chapel services, pastoral care, outreach and Christian fellowship at car races, car shows, cruise-ins and tractor pulls.”

Now, if you are going to take on the most noted scientists in the world working on CO₂ and its effects on a warming planet, you would need a background in science. And he is ready to tell the members of his committee and witnesses who come to testify that they are dealing with a man not to be toyed with. A sample of his officious, talking-down-to-the-rest-of-us approach can be seen here.

He has said he has a major in biochemistry. That suggests he received a degree with enough credit hours to give him a major in that important science. But he does not have a degree in biochemistry. He told me that he is getting a master’s degree in environmental policy at Metropolitan State University, but that school doesn’t have a master’s program in environmental policy. When I asked him about that, he said: “Well, that’s what they told me.”

He tells people from his committee perch “in my tropospherical chemistry class they said there is no scientific evidence that would link CO₂ to higher temperatures.” I don’t doubt someone said that to Sen. Jungbauer, but whoever said it would be the only scientist in the world who thinks that.

But that is not the important point. What’s important is that there is no evidence Jungbauer ever took a “tropospherical chemistry” class. When I confronted him with that inconsistency, he said: “Well, it was part of a discussion in another class I took.”

By way of explanation, Jungbauer told me that he has attended lots of classes in other parts of the country, and had gone to lots of conferences. One of the conferences he attended was the fourth International Conference on Climate Change sponsored by The Heartland Institute. He has been a featured speaker for Heartland. Heartland is a conservative think-tank. You can see the scope of Heartland’s interests at heartland.org. Jungbauer told me he gets no contributions from Heartland, but he has been paid to speak at conferences and on Heartland-sponsored radio programs. 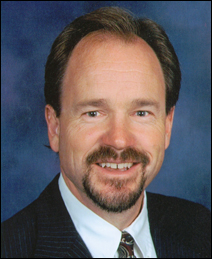 I asked the senator for the source of some of his theories. He mentioned S. Fred Singer and Dennis Avery, the authors of “Unstoppable Global Warming – Every 1500 Years.” It is a denialist handbook. It came as a surprise to Jungbauer when I told him that Avery wasn’t a scientist, but an economist (though it doesn’t stop Avery from trying to sound like a scientist) or that S. Fred Singer not only thinks global warming a fraud, but that he also testified that smoking didn’t cause cancer and argued that concerns over acid rain were overblown and generally believes that environmentalism will be the death of America.

(It turns out I was wrong about Singer’s statement about smoking and cancer. Singer wrote that research didn’t support the conclusion that second-hand smoke resulted in an increased cancer risk.)

I asked Jungbauer to give me another name. He gave me Dr. Roy Spencer, a noted skeptic at the University of Alabama-Huntsville. He and Spencer had appeared at the same Heartland Conference. Jungbauer’s fondness for Spencer’s science is a problem. As I reported, Jungbauer believes the increased CO₂ will actually cause the planet to cool; it is important to note the Spencer doesn’t believe that for a minute.

Here’s a short paragraph from Spencer’s own website: “Mankind’s burning of fossil fuels creates more atmospheric carbon dioxide. As we add more CO₂, more infrared energy is trapped, strengthening the earth’s greenhouse effect. This causes a warming tendency in the lower atmosphere and at the surface.”

Spencer made a similar statement at the very Heartland Conference he and Jungbauer attended together.

Spencer is a darling of the skeptics because even though he concedes the planet will warm, he thinks most scientists are alarmists. He’s not convinced global warming is any big deal.

But then again, you can’t wish away known science. Unless, you are Sen. Michael Jungbauer, who has studied all 13 disciplines of global warming science, you know, but has apparently wished it all away. The scariest part is that he is one of our state’s most outspoken leaders on environmental policy.

Jungbauer says that for eight years he’s been trying to get someone to present evidence that CO₂ causes warming. He told the committee that if anyone does, he will climb to the top of the capitol and shout, “I was wrong.”

‘Ignorance of the science’
I consulted Professor John Abraham, thermal scientist at the University of St. Thomas and a member of the Climate Science Rapid Response Team. Abraham said the senator’s comment “displays a complete ignorance of the science. Even contrarians would know that CO₂ can increase global temperature and no reputable scientist would disagree. The skeptics only wonder how much the earth will warm. There is no dispute that it will happen.”

Then Abraham gave me several lines of science to prove the point, including an article with a title that would scare most people to death: “Increases in Greenhouse Forcing Inferred from the Outgoing Longwave Radiation Spectra of Earth in 1970 and 1997.” I quote from it for Sen. Jungbauer’s benefit: “Our results provide direct experimental evidence for a significant increase in the Earth’s greenhouse effect that is consistent with concerns over radiative forcing of climate.”

I asked Jungbauer if he’d be willing to debate Professor Abraham in public. Jungbauer said: “Anytime, anywhere, I’ll just need some time to do some reading.” Abraham has agreed. I’d like to see such a debate and invite the public and the press.

Sen. Jungbauer, an avid cross-trainer, may wish to start stair-climbing exercises. His next stop might be the top of the Capitol.

Correction
The original version of this article contained information about The Heartland Institute’s funding and background that Heartland disputes. Heartland says it has not received funding from Exxon Mobil since 2006, and has not received funding from organizations affiliated with the Koch brothers or the Scaife Foundation since 1998. Heartland says it was established to find free-market solutions for an array of public policy matters. The original version of this article misstated what S. Fred Singer wrote about smoking and cancer. Singer said that research didn’t support the conclusion that second-hand smoke resulted in an increased cancer risk.