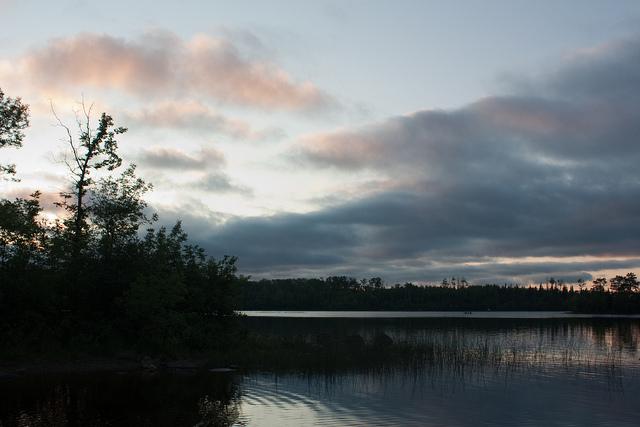 CC/Flickr/Paul Weimer
Earlier legal battles established that tribal members have the right to hunt, fish and gather on vast tracts of land they ceded to the federal government. Now, the tribes are asserting that the treaties mean there must be fish in the rivers to catch, game on the land to hunt, and wild rice in the lakes to gather.

DULUTH — Tribal leaders in northern Minnesota are quietly relishing an unusual legal victory that hints at their growing influence over natural resource issues.

The victory came in March, when the federal Environmental Protection Agency (EPA) admitted it had made a mistake in approving a state-granted variance for Mesabi Nugget’s wastewater. The agency was responding to a lawsuit filed by two Chippewa bands and two environmental groups. 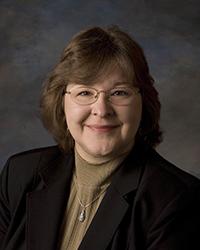 The unprecedented reversal has many observers scratching their heads. Why would the federal government admit its error before the case was heard in court? With characteristic understatement, Karen Diver, chairwoman of the Fond du Lac Band of Lake Superior Chippewa, offers this explanation: “When we pointed out the ways in which the decision approving the variance violated the Clean Water Act, we made a good-enough case for them to rethink their decision.”

She added diplomatically, “You’d hope it wouldn’t have to get to that point, but I was glad we didn’t have to take it any further.”

An issue of treaty rights

In this case and others, the tribes are extending the meaning of rights they reserved in 19th-century treaties. Earlier legal battles established that tribal members have the right to hunt, fish and gather on vast tracts of land they ceded to the federal government. Now, the tribes are asserting that the treaties mean there must be fish in the rivers to catch, game on the land to hunt, and wild rice in the lakes to gather. This argument could lead to far more comprehensive protection for the waters and land that have sustained them for generations.

As Diver puts it, “We are not only trying to preserve the diminished resource we have now, but we’re also asserting that these waterways deserve to have their original chemistry restored. How do we craft approaches to put habitat back that used to be there, how do we heal what we’ve done to it over time?”

That’s a tall order in a part of the state that is always desperate for jobs, and is now the target for several companies wanting to dig mines for copper and nickel.

When the company applied in 2010 to renew its permits, including the variances, two Chippewa bands and two environmental groups urged the state to set more stringent limits. But the state granted the variances, citing “undue hardship” if Mesabi Nugget were required to install sophisticated clean-up technology. When the federal government approved them, the bands and environmental groups sued the EPA.

The Fond du Lac Band, the Grand Portage Band, the Minnesota Center for Environmental Advocacy, and a small group called WaterLegacy have been concentrating on some of the same issues recently, and the strategic cooperation has proved productive. WaterLegacy attorney Paula Maccabee, said, “If the agency looks at a mining company, and doesn’t see anyone on the other side, it’s easier to waive rules, easier to give variances. If somebody else also is watching the process, it keeps the regulators honest.”

The legal maneuvering is the latest in a long series of court battles in which Native Americans have fought to assert their treaty-reserved rights. The Chippewa bands of the Great Lakes region and a group of bands in Washington have been leaders in this nationwide movement.

In Washington, the 1974 Boldt decision affirmed that 20 tribes had a right to harvest half the available fish in the Columbia River system. Just last year, a new ruling elaborated on the meaning of the original decision. It told the state to quit putting barriers in the way of tribal harvest. Now, the state must speed up removal of culverts that block the salmon run upstream where native groups traditionally harvested them.

Similarly, court rulings in Wisconsin in the 1980s and in Minnesota in the 1990s affirmed the Chippewa bands’ “usufructuary rights,” or rights to use the forests and waters in ceded territory for their traditional sustenance needs.

A question of quality

Don Wedl was natural resources manager for the Mille Lacs Band during much of that band’s legal fight with the state over resource issues. He said there may be further elaboration of the meaning of these treaty rights in the future.

It sounds almost as though Wedl might be tempted to make the argument himself. And the issue could come up somewhere along the line, as the bands pursue several high-profile environmental battles. The Bad River Band in Wisconsin is fighting a proposed new taconite mine in its ceded territory; the Keweenaw Bay Indian Community has long opposed the Eagle copper-nickel mine, under construction in Michigan’s Upper Peninsula.

In Minnesota, tribal water quality experts are watchdogging the ongoing environmental review of PolyMet Mining Corp.’s NorthMet copper-nickel mine – the first-ever sulfide mine planned in Minnesota. Four years ago, their critiques were similar to those of the EPA, which offered a scathing analysis that sent the document back for four more years of work. Tribal authorities have a long list of topics on which they say the PolyMet review is still inadequate. The first time around, the state relegated their concerns to footnotes; tribal experts are hoping for a more thoroughgoing response this time.

Minnesota agencies say they welcome tribal participation in environmental reviews and other decisionmaking.  Minnesota Pollution Control Agency Commissioner John Linc Stine says sometimes it means more work, as the agency and the tribes try to coordinate their research. But he says the additional information the tribes provide is helpful, and the MPCA always wants more citizen involvement.

Tribal staff also serve on an advisory committee that oversees research on the impact of sulfate pollution on wild rice – a major effort that could ultimately force mining companies and other industries to install expensive wastewater filtration systems.

“Prevention is cheaper than restoration,” she said, “and restoration may not always be possible. After the 2012 flood in northeastern Minnesota, we noticed a spike in mercury in the St. Louis River from pollution from the 1980s and 1990s. We can’t always undo what we’ve done.”

Tribal efforts — and influence — on environmental policy are growing