In case you were wondering, you may not have a pet grizzly bear in Minnesota. Or a monkey. Or a Pallas’ cat, a bushy, big-eyed animal you probably haven’t heard of, which turns out to be the cutest of them all:

That doesn’t mean you won’t find them here.

Exotic animals are regulated by several levels of government — federal, state and local. Minnesota, along with a majority of states, bans or partially bans private ownership of animals generally considered exotic, according to Born Free, an animal advocacy organization.

In 2005, a Minnesota law took effect that made it illegal in most cases for people to possess several types of exotic animals, including felids (such as lions, tigers and ocelots), bears and nonhuman primates — or any hybrids thereof, called “regulated animals” in the statute.

The law passed after a string of incidents involving exotic animals, said Keith Streff, senior humane agent with the Animal Humane Society in Golden Valley, including one that made headlines when a white tiger at a private animal park in Racine, Minnesota grabbed a girl and dragged her across the ground.

Prior to 2005, there were some local and federal laws on what are now considered regulated animals in Minnesota, but “The state of Minnesota did not have any statutory language that regulated them,” Streff said.

The 2005 law allowed people who already legally had exotic animals to keep them, giving them time to come into compliance with the new law, including having a written plan to recapture animals in the event of their escape.

MinnPost asked for a list of the regulated animal registrations collected by animal control agencies in Minnesota, housed at the state Board of Animal Health.

There are more than 160 registered, regulated exotics currently living in Minnesota, according to the board’s list, including 22 bears, 68 cats and 76 primates. Many appear to be registered to private owners, and others to private animal parks licensed by the U.S. Department of Agriculture, according to agency records. Animals housed at facilities accredited by the Association of Zoos and Aquariums, such as the Minnesota Zoo and Como Park Zoo and Conservatory, are not required to be registered in this way, said Tammy Thies, the executive director of the Wildcat Sanctuary in Sandstone, though some do appear on the board's list.

For people who hold a Minnesota Department of Natural Resources game permit, species native to Minnesota, such as cougars and some bears, are exempt from the law, Thies said.

The Board of Animal Health’s list only accounts for the people who report their animals, and those who work with regulated animals in Minnesota say there are probably many, many more.

“The regulation of exotics currently is much like that of fireworks,” Streff said. “You can bet that on the Fourth of July if you drive out in the country you'll see all kinds of aerial fireworks. I'd be willing to bet you a beer and a pizza that great majority of fireworks you're seeing are not allowed by law.”

The Animal Humane Societies have a legislative commission to investigate and enforce state animal welfare laws in Minnesota, Streff said. Its staff members are called in to help local law enforcement agencies with animal welfare concerns. 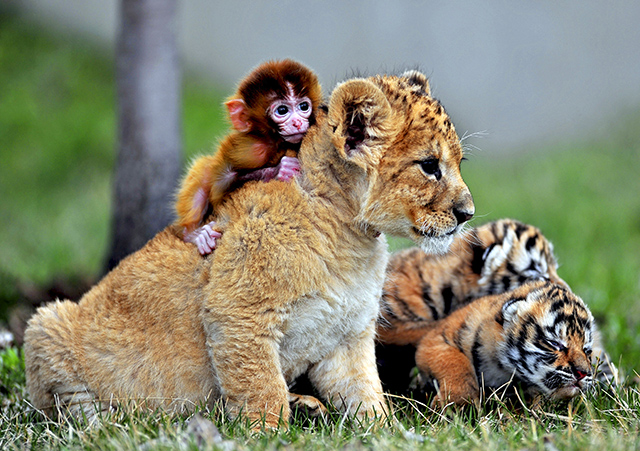 REUTERS
There are more than 160 regulated exotics currently living in Minnesota, according to the board’s list, including 22 regulated bears, 68 cats and 76 primates.

“I've seen mountain lions in people's basements, I've seen servals (a wildcat native to Africa) kept in four-season porches and bedrooms, and I've seen many cases — more than I care to remember — of Bengal and Siberian tigers in corncribs,” or other makeshift enclosures, he said.

On one occasion, Streff had to remove several Bengal tiger cubs from an Otter Tail County farm after reports of a man bringing them into Minneapolis nightclubs for photos with patrons.

“They were confined to deplorable environmental living conditions, raw feces, they were being fed maggot-infested dead farm animals,” he said. The cubs were tranquilized and ultimately moved to a sanctuary in Tennessee.

Keeping exotic animals as pets can pose danger to people as well as the animals themselves, Thies said. 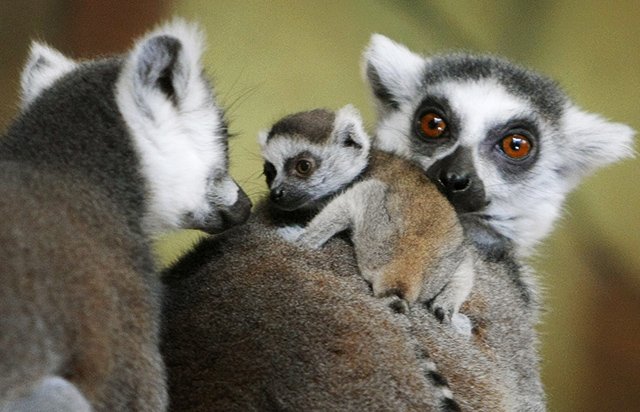 “When it comes to the big cats like the tigers, lions and cougars, they are not domestic animals. They are apex predators that are meant to hunt and kill,” Thies said.

And it can be tough to find good veterinary care for exotics, as many vets won’t see them because of safety concerns, she said.

Deer and squirrels are native to Minnesota. Bengal tigers are not. How do people find these animals?

All it takes is a search on Google or Craigslist to find them for sale online, Thies said.

“Tigers cost less than a purebred dog,” she said.