Just a bit of American political history that happens to be slightly relevant because Mitt Romney is wobbling in his status as frontrunner for the Republican nomination. But the anecdote has a longer, larger relevance as an example of the silliness of what we might call politics by gaffe, or even Gong Show Politics.

Return with me if you will to the race for the 1968 Republican presidential nomination. Richard Nixon, of course, ended up winning the nomination and the election, but in the early stages, Nixon had to overcome the perception that he was a “loser” because he lost both the 1960 presidential election and a bid for governor of California in 1962. (After that second defeat, believing that his political career couldn’t survive a second loss, Nixon made an ill-considered decision to announce his retirement from politics and he showed his bitter, self-pitying side when he announced that the press “won’t have Nixon to kick around anymore, because, gentlemen, this is my last press conference.”) 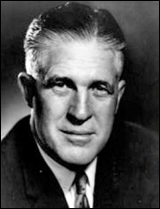 By 1968, Nixon was fully prepared for a comeback. But Michigan Gov. George Romney — father of Mitt Romney, of course former CEO of American Motors — was the media darling at the time with his slicked back grey hair and his no-nonsense style. I’m old enough to remember when Romney Sr. was the hot commodity in Republican politics. It is often asserted that Romney was the front-runner until he stumbled, but that isn’t true. Based on Gallup polling, Romney had a respectable rating but trailed Nixon throughout 1967, although that might be attributable to the greater name recognition of a former vice president and former presidential nominee.

Here’s the deal (forgive me for going into it but I just had my memory refreshed because I’m reading Rick Perlstein’s excellent “Nixonland”): Romney had said in 1965, after a visit to Vietnam, that the U.S. involvement there was “morally right and necessary and had probably reversed a shift in the balance of power greater than If Hitler had conquered Europe.” Pretty strong stuff and an example of the kind of idiocy that got us so deeply into that war.

Different position
In 1967, as he prepared to challenge President Lyndon Johnson, Romney took a completely different position that U.S. involvement in Vietnam had been a mistake from the beginning. In a TV interview with a Detroit station, he was confronted with the previous statement and basically accused of a flip-flop. (Plus ca change.)

Romney replied: “When I came back from Viet Nam, I’d just had the greatest brainwashing that anybody can get.” He added that after the trip, he made a deeper study of the history of the conflict and concluded that it had been a “tragic” blunder to get U.S. troops into an Asian land war and that in fact it hadn’t been necessary to send U.S. soldiers to prevent a Chinese takeover of Southeast Asia.

Obviously, he wasn’t claiming to have been tortured in captivity like something out of “The Manchurian Candidate.” In fact, he said right at the time that he was referring to the highly one-sided view of the necessity of the war that had been sold to him by the generals and State Department officials who briefed him on his visit. Looking back, it’s hard to imagine that the single word choice — “brainwashing” — so clearly meant metaphorically — could have ended Papa Romney’s promising presidential bid.

When I think about other famous “gaffes” and “blunders” that supposedly changed presidential races — Gerald Ford (1976) stating that there was no Soviet domination of Eastern Europe, Edmund Muskie (1972) getting (possibly) teary in defending his wife from a personal attack, George H.W. Bush being caught on camera glancing at his watch during  a televised debate, Howard Dean’s “scream,” Nixon’s refusal to listen to the aides who told him to put on some makeup and wear a dark suit before the first televised debate in 1960 — and many of the other famous ones, it’s embarrassing to think that such nonsense was treated as major character insight.

According to Perlstein’s “Nixonland,” the next Harris poll showed Romney had suffered a 16 percentage point drop for his word choice. Here’s how Perlstein explained it:

“The term brainwashing had come into use after the Korean War to explain why some prisoners of war, supposedly insufficiently sturdy in their patriotism to resist, chose to stay behind in enemy territory and denounce the United States — what the ruthless did to the soft-minded. Neither side of the association appealed to the voters: the notion that the architects of the Vietnam War were ruthless, and the notion of a soft-minded president. “

Of course, learning history by anecdote is about as smart as picking presidents by a single word choice. Papa Romney made other mistakes. Even if he had chosen a different word, Romney’s position that the Vietnam War was a mistake from the beginning — which looks pretty good from here — was probably too far ahead of its time for the Republican primary electorate in 1968. Nixon played it smarter, criticizing everything Johnson (and later, Hubert Humphrey) said or did about Vietnam without coming out against the war or specifying what he would do different.

George Romney’s son Mitt is trying to navigate similar waters. He has changed his position on a number of issues, although he seems to want to deny that he has done and won’t explain clearly why he has done so. I wrote a couple of days ago that he should directly address those switches and explain why he made them. But given his father’s experience with doing so, I guess I can muster a soupcon of sympathy for his reluctance to do so.

Oh, and thanks to the miracle of the worldwide web, here’s the actual original interview.

Politics by gaffe: recalling the ‘brainwashing’ of George Romney