So, to review, there is really no debate nor room to question that the U.S. system of government rates near the top, and probably at the very top, of democracies around the world for barriers to action.

In case you wonder whether you are just imagining that Congress hasn’t gotten much done lately, the just-completed 112th ended its session as the least productive Congress since 1947.

But that’s a problem only if you want to see the government actively dealing with the nation’s problems. Not everyone feels that way. Plenty of Americans — especially on the right — say that the less government does, the freer we all remain and the better off we are.

Many on the right also claim to have the Framers on their side. The Framers feared a dictatorial government, and even feared a majority in the country that might run roughshod over the fundamental rights of the minority, goes this historical argument.

While evidence can be adduced for that view of the Framers, I tend to think it is more wrong than right. The Constitution was actually a huge expansion of federal power, compared to the Articles of Confederation, which it replaced. (Among other things, the Articles gave the national government no direct taxing power. Now that’s a system for which those on the right should be nostalgic.)

When it was time to draft a new, more powerful federal government, the strongest states-righters or small-governmenters were those who either stayed away from the Constitutional Convention (Patrick Henry, who said he wouldn’t go because he “smelt a rat”), those who were horrified by what was happening and left the convention in protest (Robert Yates and John Lansing, two of the three New York delegates, who foolishly left super-Federalist Alexander Hamilton in a position to cast New York’s vote), and those who refused to sign the final draft (George Mason, Edmund Randolph and Elbridge Gerry, although their reasons were a hodge-podge and Gerry ended up supporting ratification).

Hamilton and James Madison, two of the most crucial players in the drafting and ratification, favored very significant additional powers for the federal government beyond those that were included in the Constitution. (Madison — who later became much more of a states-righter — strongly advocated at Philadelphia to empower the national government to veto state laws for any reason.)

The way I look at the framing of the Constitution is this: The dominant group among the Framers — certainly including the most revered names (George Washington, Ben Franklin, Madison and Hamilton) — wanted a stronger federal government, but also recognized that the country was leery of any concentrations of power that could turn into tyranny. The system they devised was a compromise between what they thought would be optimal and what they thought they could get ratified, given the temper of the country.

As I researched this series, I came across references to a talk titled “On the Importance of Getting Things Done.” It was delivered last year by Harvard political scientist Jane Mansbridge as the prestigious American Political Science Association “Madison Lecture.”

As you can tell by the title, Mansbridge believes it is important for a government to be able to get things done. In the talk (the full text of which is not posted online) she made an interesting case that when the government does nothing, it doesn’t mean that things will remain the same; rather it usually means that things will continue to drift in the direction in which they are already heading. In the current context, for example, doing nothing means that the national debt will continue to grow and that wealth will be even more concentrated at the top of the nation’s economic pyramid.

If I could pile on that last Mansbridge point for a moment — and this is definitely one of the modern botherances of U.S. politics/government that cannot be blamed on the Framers — the elected branches of the federal government have, over recent years, developed more and more complex mechanisms for postponing dealing with serious issues over which the two parties disagree. They often kick the issues down the road, leaving dark clouds over our humble national enterprise.

The most dramatic example ever looms this year, sometimes called “taxmageddon,” more often “the fiscal cliff.” It’s the combination of several huge postponed decisions all coming due on Dec. 31 of this year.

When the Bush tax cuts were adopted, Republicans had the votes to adopt the cuts but not the supermajority necessary (under relatively recent budget rules that have nothing directly to do with the Constitution; see the Byrd Rule) to make them permanent. So the tax cuts were adopted for the maximum period allowed without such a supermajority — 10 years. By the time they came up for expiration at the end of 2010, the partisan fissure had opened between the Republican desire to make them permanent for everyone and the Democratic desire to extend for all but the highest-earners. They couldn’t agree and wouldn’t compromise. To avoid having the tax cuts expire entirely, the parties agreed to extend them for just two years. 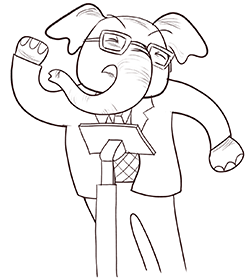 The new expiration is now set for the last day of this year. The parties have the same (conflicting) positions they had in 2010 and Democrats have expressed a new determination not to keep extending the cuts for the highest earners. It is a classic game of political chicken and the only certainty is that it will go down to the wire, scaring the hell out of the whole country and quite possibly getting kicked down the road further.

Likewise, having rejected the Simpson-Bowles commission’s recommendation of long-term deficit reduction measures, Republicans would not agree to raise the debt ceiling unless Congress agreed to make some kind of downpayment on long-term debt reduction. But Democrats and Republicans could not, of course, agree on a package of budget cuts. So they instead agreed to a set of automatic cuts in military and social spending that were deemed so onerous and unacceptable to one party or the other that, rather than let the automatic cuts take place, they would surely figure out a bipartisan package of better cuts. This whole mechanism of cuts that nobody wants but everybody voted for is known by the utterly unhelpful name “sequestration.”

Well, they haven’t agreed to a better bipartisan package of cuts. The onerous “sequestration” is due to take effect on Dec. 31.

By the way, the “payroll tax holiday” that the parties also agreed to — a temporary two-percentage-point reduction in the workers’ share of the FICA tax — also expires at the same time unless Congress votes to extend it.

The automatic tax increases and automatic spending cuts — combined with a few other events scheduled for the end of the year unless the parties figure out a compromise — are what is being called the “fiscal cliff.” Both the expiration of the tax cuts and the sequestration budget cuts are examples of how doing nothing — because the parties can’t bring themselves to compromise — may be a bigger decision that doing something.

The non-partisan Congressional Budget Office (CBO) recently analyzed the consequences of  driving over the fiscal cliff and projected that — although all those spending cuts and tax increases would be great for deficit reduction, at least in the short term — they would disastrous for the economy, which would sink back into recession with unemployment rising back over 9 percent.

I still choose to believe — without much confidence — that, at the last possible minute, the two parties will steer away from the cliff, especially since the deadlines occur soon after the election, which might create an opportunity to set partisan gamesmanship aside for a day or two. But I hope the fiscal-cliff scenario illustrates the argument that not “getting things done” doesn’t mean not doing anything. (I believe that was a triple negative.)

This isn’t the Framers’ fault. We’re always talking about what the Framers intended. They never intended the fiscal-cliff scenario. They never heard of the debt ceiling or sequestration or automatic tax increases. If they had known of such things, perhaps they would not have designed a system in which it is so easy to block action.

In an interview, Mansbridge said that the Framers definitely feared tyranny by government. They followed in a line of political thought, going back to Thomas Aquinas and further back to Aristotle, suggesting that the main problem of organizing a government was the potential for a tyrannical king or king-like dictator. And she agreed with my hypothesis that the Framers were also anxious to reassure those in the country, who felt they had just risked everything to overthrow the tyrant King George and the tyranny of the British Parliament. And those are among the reasons for the many choke (or veto) points they built into the Constitution.

“But when you think of the tradeoffs of a Constitution with lots of veto points, it helps prevents tyranny by a dictator, but it also helps prevent any action at all,” she said. The Framers were OK with that, she said, because at the time of the framing, “the level of interdependence among the states was much lower than it is now, which means the number of collective action problems that needed to be solved by the nation acting as a whole was also much lower and the cost of not passing legislation was fairly low. 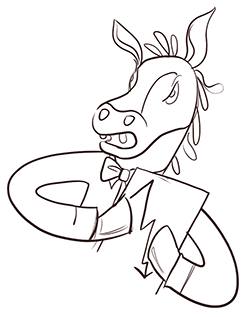 What can be done? Mansbridge is not optimistic, especially in an area of partisan polarization, that the United States can address structural problems that are embedded in the Constitution, which is so difficult to amend.

“I don’t see a way out of it,” Mansbridge said. “I don’t think you can see it as a matter of just replacing bad people with good people. I think you’ve got good people there now. It’s systemic. And that’s why I’m not very hopeful. The permanent campaign has destroyed the capacity to compromise… A lot of voters think refusing to negotiate is a principled position.”

As long as that conduct helps candidates win election, she said, “I don’t see where the incentives are under the present system for the parties to change. You can imagine that in 10 years or more, if things continue the way they are going, a candidate will be able to make the case for a basic change in the way elected officials behave.

“But I fear we will have to fail far more spectacularly than we are failing presently before the electorate starts punishing candidates who refuse to compromise.”