I’ve cited it a few times before, but I still get a smile out of what Minnesota political analyst Wy Spano once told me was his favorite cartoon. It shows two voters, meeting on their way out of the polling place, and one says to the other: “Which one did you vote against?”

Having to vote for the lesser of two evils is an old complaint in U.S. elections. This year it may have special resonance for Americans who find themselves with two major party nominees who spent most of this year with favorability ratings that are “under water,” meaning more disapprovers than approvers. (President Obama’s approval rating recently surged to just-barely-above-water status.)

Perhaps this reflects the grumpy mood of the public more than the inadequacy of the candidates. I don’t mean to back-handedly endorse the idea that neither of the nominees would be a good president. But those poll ratings remind us that our American party system provides us with only two meaningful choices in most general elections.

Today, let’s think outside the box for a moment and contemplate the durable rigidity and the quasi-constitutional roots of the U.S. two-party system.

By rigid, I mean that a voter who isn’t excited about either the Democrat or the Republican nominee has little choice other than giving his vote to the lesser evil, or voting for a minor party candidate who has no chance of winning – which in our system is sometimes called the wasted-vote syndrome – or dropping out of the electorate (as an embarrassingly large portion of our potential electorate does every cycle). I don’t mean to provide non-voters with a high-minded excuse for their apathy. And, of course, a citizen can get involved with the party they prefer and try to help nominate candidates about whom they could get excited.

Most have more parties

But it’s just a fact that most of the democracies in the world have more than two parties that play a more politically meaningful role than any third parties do in the United States (or have for more than a century). That’s what I mean by durable. 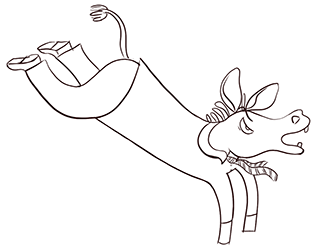 But the original historical/analytical point about durability is this (and there is nothing else like it in the world): Since the Republican Party formed in the 1850s and replaced the Whig Party as the second of the two major parties, the two-party lineup has consisted of the same two parties, Democrats and Republicans. Even in those democracies that have a two-party system, the identity of the parties changes more frequently than that.

The Republicrat duopoly is not total, but almost. At the state level, third parties have been relevant. (One of the biggest cases is the leftist Famer-Labor Party, a Minnesota-only institution that dominated Minnesota politics for a while in 1930s, before disappearing in the ‘40s into a merger with the Democrats.) And the centrist Independence Party of Minnesota is probably the strongest state-based third party in the country over recent years, spinning off from the Perot movement of the 1990s and even winning one statewide race (the 1998 election of that great statesman Gov. Jesse Ventura). But the centrist party now seems to be struggling for survival, or perhaps seeking a new way back to relevance.

No one other than a Democrat or a Republican has been elected president since Whig nominee Zachary Taylor in 1848. No party other than the Democrats or the Republicans has held a majority (or anything near a majority or even a numerically significant minority) in either house of Congress since the Republican Party came along. When, occasionally, someone manages to win election to Congress under a third-party label or as an independent, they generally decide to caucus with one of the two major parties in exchange for committee assignments or other borrowed influence.

The durability and rigidity of Republicratism is even more amazing when you think about the changes over that period, including many instances in which the parties have traded positions on issues. It’s almost impossible to draw a coherent line connecting the Republicans of Lincoln (a party entirely of the North, the pro-civil rights party that advocated for a muscular, activist federal government) and the Republicans of today. It’s even more difficult when one notes that the Republican line has to pass through the trust-busting Teddy Roosevelt Era, the tragedy of the Hoover years and the moderation of the Eisenhower period.

But why? Why so durable and rigid a domination by the same two parties? I asked University of Minnesota political scientist and Congress expert Kathryn Pearson and she surprised me with a two-word reply that clearly seemed to answer the question  (as long as you knew what the two words meant, which I did not). And the two words were: Duverger’s Law. 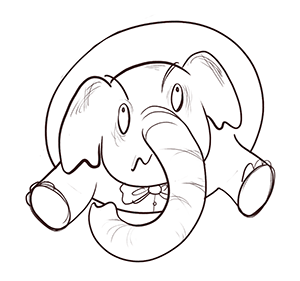 Yes, Duverger’s Law. Good ol’ Maurice Duverger, possibly the most influential French political scientist of the 20th century, noted that the surest way to get a two-party system within a nation was to adopt “first-past-the-post” plurality voting with single-member districts. Translated, it refers to the system used in the vast majority of U.S. elections, most specifically congressional elections. Every election for the U.S. House (and most elections for city council members and county boards) are conducted according to the SMDP (single-member districts, plurality) voting system.

This forces those who might favor a minor party candidate to either vote for whichever of the two biggest parties the voter dislikes the least, or to risk the likelihood that their vote will be “wasted” or, worse, that they will end up helping the major-party candidate whom the voter dislikes the most to win. Minor parties aren’t banned, but they seldom produce a plurality winner, and their lack of success often causes the minor parties to wither and die.

There are, of course, other election systems that are much more conducive to multiple meaningful parties. In tomorrow’s installment, I’ll describe an example.

Why the same two parties dominate our two-party system