Federal Judge Jack Tunheim believes Lee Harvey Oswald acted alone 50 years ago today to murder President John F. Kennedy. But on a topic where a great many people — on both sides of the question — are close to frothing-at-the-mouth sure that the other side is some version of blind, crazy or part of the cover-up, Tunheim asserts his conclusion mildly, humbly, even a tad uncertainly.

“I wouldn’t dismiss any theory,” Tunheim told me earlier this week.

In fact, he expressed great respect for some of those who believe that Oswald was part of a larger conspiracy. He acknowledged that some of the established evidence is hard to believe. He supposes that the ultimate answers to all of the troubling questions that have fed those conspiracy theories will probably never be known.

Tunheim’s conclusions carry some weight, considering that he has been, for almost two decades, chair of a special board that reviewed all records relating to the assassination for the purpose of making most of them public.

As he often has in the many interviews he has given in this week of the assassination anniversary, Tunheim plays the judge card. Is there any evidence or testimony that could be introduced in a courtroom, stand up under cross-examination, and convincingly prove that anyone other than Oswald was involved? Tunheim says no.  And he oughta know, both what the evidence shows and how that evidence would stand up in court.

On the other hand

Personally, I fell out of the “lone gunman camp” many years ago and remain skeptical. Mostly, my doubts start with Jack Ruby, who shot Oswald two days after the Kennedy assassination. Ruby was a Dallas strip club owner with many established relationships to members of organized crime. Tunheim confirmed that those Ruby-Mafia associations existed, although the details were murky.

In custody, Ruby claimed to have killed Oswald out of compassion for Jacqueline Kennedy, specifically to spare her the trauma of having to come back to Dallas to participate in a trial of Oswald. Seriously? I asked Tunheim what he made of the question of Ruby’s motive. “We really don’t know,” he said. “Certainly the reasons he gave didn’t seem to make much sense.” 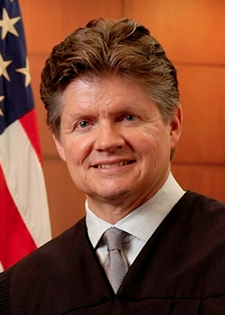 Many of the conspiracy theories assign an important role to organized crime. Attorney General Robert Kennedy wanted to go after organized crime. FBI Director J. Edgar Hoover, who technically worked for RFK, was less enthusiastic, even to the point of denying there was any such thing as organized crime.

When I asked Tunheim whether he agreed that Hoover seemed to have a cooperative relationship with the mafia, he replied: “Well, he never went after them very hard.” During the decades that Hoover ran the FBI, “the mob had a free hand,” Tunheim said. He added that there were a few high-ranking mobsters who were reported to have said on their deathbeds that the Mafia had a role in the assassination. The FBI was among the key agencies that contributed material to the Warren Commission’s investigation of the assassination.

Ruby died of cancer three years after the assassination, while awaiting a second trial for killing Oswald. If Oswald knew something about a Mafia role, if Ruby knew he was dying and could get some kind of favor from the mob in exchange for silencing Oswald, perhaps that would explain why he would shoot Oswald. Tunheim agreed that the strongest suggestion that organized crime may have been involved in the assassination would be the role of Ruby and his lack of a credible motive. Tunheim said that two employees of Ruby had testified that they saw Ruby with Oswald before the assassination. Seriously, if those witnesses were correct, the two men had to be part of a larger conspiracy.

Tunheim also expressed “great respect” for the work of the House special committee that investigated the assassination and reported in 1978 that it believed there had been a conspiracy and that, although it was unable to reach a conclusion about who, other than Oswald, participated, the investigators told Tunheim that they had what the judge called “a strong and distinct impression that organized crime, or some members of organized crime, were involved.”

Ever since the “on the other hand” sub-headline above, I’ve been explaining why I do not subscribe to the lone gunman theory. Others who are more serious believers in a conspiracy have many more points. But, as you have noticed, the main points I’ve mentioned were all more or less confirmed by Tunheim, but he does not subscribe to a conspiracy theory.

Why not? Apparently because the evidence is not hard or confirmed enough to stand up in court.