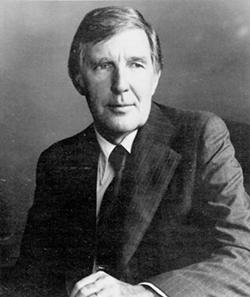 My nominee for funniest presidential candidate during my lifetime would be Morris (Mo) Udall, a tall, wry Arizona congressman who sought the Democratic nomination in 1976 and finished an excruciatingly close second in a couple of key primaries to the eventual nominee, Jimmy Carter. One of his hilarious comments, which had eluded my memory, was cited Sunday by columnist Susan Page on “Face the Nation” during a roundtable discussion of Paul Ryan’s almost-Shermanesque statement of non-candidacy.

Shermanesque refers to Civil War General William Tecumseh Sherman who really, really, really didn’t want to be president despite constant public interest in whether he would run. His famous statement is often (slightly inaccurately) rendered as: “If nominated, I will not run. If elected, I will not serve.” He apparently never said those exact words but what he did say in 1871, when his name first entered the rumor mill as a possible presidential candidate, was pretty clear:

“I hereby state, and mean all that I say, that I never have been and never will be a candidate for President; that if nominated by either party, I should peremptorily decline; and even if unanimously elected I should decline to serve.”

You might think that would have settled the question, but in 1884 the Republican Party — which was hard up for a candidate and ended up losing that year after winning the previous six elections in a row — tried to draft Sherman, who replied to the public will-he-or-won’t-he speculation with a shorter version of what he said before, thus:

“I will not accept if nominated and will not serve if elected.”

That’s the version that usually gets misquoted. And that’s why, when politicians are being coy on the topic, their coyness is usually held to the standard of Shermanesqueness. If you try to say you aren’t running but add some funny, fuzzy language suggesting that you can imagine circumstances that might cause you to change your mind, you can lose points for candor but keep speculation alive and maybe generate a Draft Joe movement that will force you to reconsider.

What Ryan said last week — and I personally rate this pretty high on the Shermanesqueness scale —  was: “I do not want, nor will I accept the nomination for our party.”

The only thing Ryan left open that Sherman closed, it would seem, was the possibility that he would somehow get elected without accepting his party’s nomination. Can’t really see how that could happen but, for whatever reason, Sherman out-Shermaned Ryan by clarifying that even if he won the election without any effort, he would not serve.

For whatever reason, the table of pundits on “Face the Nation” felt that Ryan had actually left the door open and that the party could yet turn to him. Well, three of them thought that, and pointed out that he had also said he wouldn’t run for speaker of the House, the position he now holds. 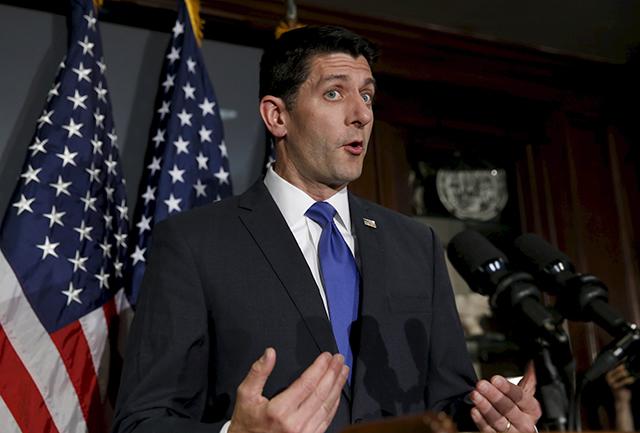 REUTERS/Yuri Gripas
House Speaker Paul Ryan making a statement ruling himself out as a potential 2016 presidential candidate on April 12.

Page and political analyst Ron Fournier of National Journal believed Ryan was sincere. But the otherwise silly effort at Ryan mind-reading did create the opportunity for Page to remind us of how funny Mo Udall could be.

In 1980, even though the Democrats had an incumbent president (Jimmy Carter) who was seeking reelection, journalists asked Udall if he was considering challenging Carter for the nomination. He replied:

“If nominated I will run — for the Mexican border. If elected, I will fight extradition.”

Who was the funniest presidential candidate?