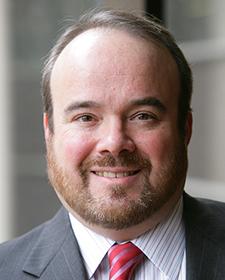 In a presentation Wednesday night at Carleton College about the 2016 presidential campaign, University of Minnesota political scientist Larry Jacobs poured quite a bit of cold water on the widespread belief in some Democratic Party circles that presumptive Republican nominee Donald Trump is unelectable because he is behind in many current matchup-polls against likely Democratic nominee Hillary Clinton, because he does poorly among women and because so many Republicans are openly stating that they cannot support him.

Splash of cold water #1, on the idea that current polls show that Trump trails badly: Jacobs said the margin by which Clinton leads Trump in an average of recent polls is similar to the margin by which Ronald Reagan trailed Jimmy Carter in the Gallup Poll in 1980, Bill Clinton trailed George H.W. Bush in 1992 and Barack Obama trailed John McCain in 2008, all at roughly the stage in those campaigns comparable to the current stage of this year’s campaigns. (I assume you know, Reagan, Clinton and Obama all won those races.) Polls are not destiny, and especially not six months before Election Day.

Splash #2, on the idea that his lack of appeal to female voters dooms Trump: Jacobs pointed to a recent Quinnipiac Poll of the race in Florida, in which Clinton led Trump by 13 percentage points among women. A lot more people seemed to think this was a big deal than the number who noticed that Trump is benefitting, in the same poll, from what Jacobs called a “reverse gender gap,” a 13-percent lead for Trump among men. In a recent Ohio Quinnipiac Poll, Clinton led by 7 points among women but Trump led by 15 among men.

Splash #3, on the dislike being expressed by many Republicans toward Trump: Jacobs said his reading of recent political developments suggests that it’s hard to overstate the power of partisan loyalty in recent elections. He described the power as a “tractor beam,” an unfamiliar term to me. Wikipedia tells me a tractor beam is “A device with the ability to attract one object to another from a distance. The concept originates in fiction: the term was coined by E. E. Smith (an update of his earlier ‘attractor beam’”) in his novel “Spacehounds of IPC,” a novel with which, I confess, I was also unfamiliar.

But Jacobs’ point, one gathers, is that a lot of people may say they won’t vote for the nominee of the party they usually support, but as Election Day approaches, and the tractor beam kicks into full power, most of them in this period of political history return to their party’s ticket, even if they have to hold their noses a bit.

Jacobs’ short talk, and similar 2016 election talks by three other visiting political scientists, was part of an event honoring Steve Schier, the long-time Carleton political scientist who has announced his retirement at the end of current academic year. During my embarrassingly many years scribbling about politics, Schier was one of the academics who generally made himself available when a journalist needed the benefit of his expertise and was unfailingly helpful. This ink-stained wretch wishes him the best in the next chapter of his story.

This link will get you an overview of Schier’s life and career, plus a short video of him summarizing the findings of a book he wrote on the previous presidential election cycle.

Larry Jacobs questions the belief that Donald Trump is unelectable