Hillary Clinton is wary and cautious, communications expert Kathleen Hall Jamieson says. She uses language with very specific meaning. She’s not comfortable in open press conferences or interviews. She hasn’t been very accessible to the press. This may be unhelpful to her as a candidate, but what does it tell us, as voters, about the kinds of “habits of mind” she would bring to the job of the presidency if she gets elected?

Clinton prefers to work out what she is going to say in advance, then stick to the script, Jamieson said, often by reading it off a teleprompter. Once she has settled on words or phrases that capture what she intends to communicate, she sticks to those phrases, perhaps aware that an incautious word may send the wrong signal and may have consequences — political consequences or even substantive consequences — when said by a president or a secretary of state.

Donald Trump is impulsive, bordering on reckless. “There is very little filter between thought and verbalization,” says Jamieson, director of the Annenberg Center on Public Policy at the University of Pennsylvania. He’s not careful about what comes out of his mouth. His language is not carefully constructed. He’ll say something, then say the opposite, then complain that the media reported his remarks wrong, or that it’s a sign of bias to quote him saying things that he didn’t mean to say, or wishes he hadn’t said, or subsequently contradicted. “Look at how often he has to tell us that he didn’t mean what we heard him say,” Jamieson said.

Again, these qualities may bring pluses and minuses to Trump in his quest to become president. But, Jamieson suggests, if each of us is willing to take our job as a voter seriously, we need to ask ourselves not which of the candidates is more fun to listen to but which of them has demonstrated the best “habits of mind” to do the serious and important job of chief executive and commander-in-chief.

Jamieson, a Minneapolis native and long-time analyst of political communication, will speak Thursday at the Westminster Presbyterian Church in downtown Minneapolis as part of that church’s long-running Town Hall public forum series. Her title is: “Campaign-Speak: What the Candidates Are Really Saying.” MinnPost is a co-sponsor of the event.

Jamieson, who has been helping me decode political communications for more decades than either of us cares to remember, kindly gave me a preview of her thinking on the topic, starting out with a surprise, to me at least, which I have already telegraphed above.

How candidates use language

From the title of the talk, I assumed that she would be discussing the kind of “dog whistles” that candidates often use to communicate different messages to different audiences. But Jamieson is really arguing that a candidate’s speaking style also tells us important things about what kind of president he or she would make.

By what they say and the way they use language, Jamieson says, the candidates are not only describing their lifetime of accomplishments and their positions on various issues (which are, of course, perfectly valid considerations that might feed into one’s voting decision), but in addition: 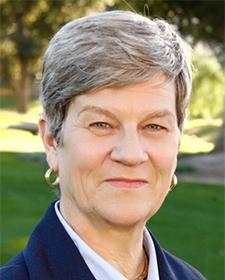 Speaking in public is not just something you have to do to become president, it’s also something that you have to do as president and it’s a very important part of the job, Jamieson said. What the POTUS says, the whole world hears, and there can be consequences to a president sending the wrong messages because they are sloppy communicators, or to use the other phrase Jamieson employed, because they exhibit poor “habits of mind.” Said Jamieson:

“As president, one of the capacities a president has is a signaling capacity. This is a capacity that lets the president say to foreign leaders: ‘If you do this, you can expect that we will do that.’ The signal capacity has to be very clear from a president. If it’s not, foreign leaders may misjudge our intent. When a candidate signals in an incoherent way, that candidate signals the possibility that, if elected, that person will not be able to exercise the signaling capacity in a competent fashion.

“So, when for example, a presidential candidate suggests, as Donald Trump had done, that the United States is open to the nuclearization of some other countries, different from what other presidents have done, that person is signaling a change in the pre-existing boundaries on the issue of nuclearization.

“If other countries take that seriously, they act in a certain way. If you then say: ‘No, I never said that…’ Well, in fact, they heard you saying it. You’ve now got confused signals.

“Hillary Clinton’s cautious and precise use of language leads you to think that she will signal carefully. Trump’s impulsivity — his lack of precision in his use of language, his frequent changes in position or instances in which he claims you misunderstood or that he did not mean what he said the first time, leads us to believe that he will not use the signaling capacity with the same level of competence as past presidents have. This is not about the quality of the positions a candidate takes. It speaks to their ability to use the rhetorical capacity of the office.”

Jamieson also criticized Trump for what she called his “impulsivity,” his tendency to speak off the cuff and sometimes take positions in response to a question that he hasn’t thought through. The example she gave was when Trump was asked on live TV whether, if abortions were illegal, women who underwent abortions would have to be “punished.” To all appearances, Trump had never thought this question through, but he decided to follow the logic if there’s a law and you break it, there have to be consequences. So he said yes, the women would have to punished, a position he later seemed to regret. Perhaps a less impulsive candidate would have postponed answering until he had had time to work the question through.

She talked about a famous incident during the Cuban missile crisis, when Soviet leader Nikita Khrushchev sent two conflicting messages to Washington, one belligerent and one leaving open a greater possibility for a peaceful end to the crisis. President John F. Kennedy decided not to respond to the belligerent message but only to the more promising peaceful one, and that was a key moment in defusing the closest the two superpowers ever came to a nuclear exchange.

Without mentioning Trump by name directly in that context, she said:

“A candidate who, when attacked, feels the need to immediately and viscerally counterattack, raises the possibility that in a similar moment between two countries, he will lack the wisdom and judgment to say: ‘I’m going to ignore that.’”

But Jamieson also cited an important matter when Clinton failed to portray a proper mental process.

“Many habits of mind matter,” Jamieson said. “Here’s a concern I have about Hillary Clinton along those lines:

“Why, before she voted for the [2003] Iraq intervention, did she not go to the Pentagon and review all of the documents that were available there about whether or not Iraq had ‘weapons of mass destruction,’ so-called and largely undefined, before she voted for the Iraq intervention? We know she now says it was a mistake. What was the mistake? I think the mistake was not looking to the evidence.

If you can’t make the Jamieson talk, Thursday night at 7 p.m., MPR tells me the network will broadcast a tape of it twice on Friday, at noon and 9 p.m.