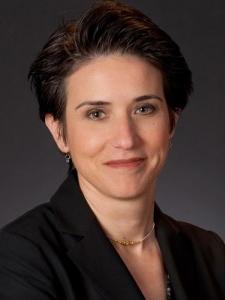 “Predictions are hard, especially about the future,” Yogi Berra is supposed to have said one day. (As with many Yogi quotes, it’s not at all clear that he ever said it.)

So, in the spirit of the Yogi and begging your indulgence and before I give you a report on a local presentation about the Trump phenomenon and the failure of Washington’s pundits by one of Washington’s humblest and most likable pundits, I would like to recite two remarks, both from memory and with important missing details, but with a common point.

Shortly before the 1989 crackdown by the Chinese Communist government on the pro-democracy protesters in Tiananmen Square, the China experts of America reached a virtual consensus that, having allowed the protests to go on for many weeks, the danger that the Chinese government might violently crack down had passed. Then the hideous, accursed, violent crackdown occurred, killing hundreds or perhaps thousands of peaceful pro-democracy, pro-freedom demonstrators.

I recall attending a forum of China experts to explain the situation at which one of them said: “Having demonstrated that we do not know how to predict the future, we will go back to what we do know how to do: Predict the past.”

Forgive me. I don’t remember which sinologist said it, and the quote may not be perfect, but I loved the self-effacing wisecrack then and I love it still. The past is hard to truly know; but easier than the future.

I also recall (again, I don’t remember the names or the exact words) the story of a young Washington journalist who was invited onto one of the panel shows for the first time and when he was asked what was going to happen next (in whatever kerfuffle was obsessing the Washington punditocracy at the time) and he replied (according to my recollection): “Let’s face it. I don’t know what’s going to happen next and neither does anyone else on this panel.” I later read a piece by the fellow in which he made clear that this violation of the pundit’s creed ensured he would never be invited back onto a pundit panel.

I watch way too much of political TV punditry. And I have long felt that, by choice or not, the talking heads spend too much time talking about what what’s going to happen, which they don’t know, instead of “predicting the past,” which they can look up. Many of them know better and sometimes they acknowledge it, but, unlike the rookie pundit in the anecdote above, when they are asked what’s going to happen next, they can’t help but imply that they have a clue.

Thanks for letting me get those two treasured memories out there. What they have in common, similar to the Zen of the Yogi, is an awareness that everyone is always trying to tell the future or find someone who can tell the future, and they pretty much always fail.

During the run-up to Election Day, the punditocracy almost assured us that Donald Trump could not win. That’s an overstatement, I suppose, and if you go to the tapes you will find that the smarter/humbler ones often specified that they didn’t know the future. But, unlike the “Let’s-face-it” guy above, they kept going on the shows and playing the game in which they acted like they did know who was going to win. And they were wrong.

So Amy Walter, of the Cook Political Report and also a regular on the news shows including my personal favorite, the “PBS NewsHour,” came to town yesterday and gave a luncheon talk for the Economic Club of Minnesota. She’s the likable, humble one to whom I referred above and she presented her task as trying to “figure out what happened without being too cynical.”

I appreciate that attitude. The voters have spoken and, at least when filtered through the funny math of the Electoral College, they wanted Trump to lead them, they know not where, but somewhere different. They wanted “change.” They thought the status quo sucked, and many of them thought their final choices sucked, too, but of the two flawed candidates, they voted for the one that represented “change.”

That insight, Walter said, was “the most powerful factor” in the outcome. You can bring up the economic pain many of them feel, you can bring up the “third-term jinx” (which is really just another way of saying “change”), you can bring up Hillary Clinton’s emails and the Comey letters, but ultimately, even though 62 percent of likely voters told pollsters in September that Trump was not “qualified” to be president, and a comparable number felt he lacked the temperament for the job, he was elected to the job and 20 percent of those who voted for him agreed that he was unqualified and temperamentally unfit, at least according to polls. The factor that united almost all of them (83 percent of those who voted for Trump) was that they believed he was the candidate who would bring change.

Walter spent a little time on why the polls generally showed Clinton the likely winner and mentioned one factor that struck me as interesting. Even if a poll sample is properly constructed to reflect the demographics of a state, its result will be biased in favor of those who will actually take the pollster’s phone call and agree to answer the questions. In that sense, a poll sample, maybe all poll samples, are biased to over-represent voters who feel engaged in the process.

Trumpians, we gather, are relatively alienated, are followers of a man who keeps telling them the system is rigged, and might therefore be less likely to cooperate with a pollster, whom they might view as part of the whole corrupt, rigged structure.

The last excuse for the pollsters that Walter offered was that those who told pollsters they were undecided broke by a very impressive 2-1 margin for Trump.

(Personally, I’m ready to vote for much less horse-race polling and much less talking by the talking heads about polls. Every pollster will tell you that a poll is a snapshot of a moment in time, not an effort to tell the future. But, come on, by the time the late polls result make it onto the Sunday morning shows, everyone  is taking them as a prediction of what’s going to happen on Election Day.)

Walter said that Trump had a message, however idiotic and substanceless: “Make America Great Again.” Clinton’s slogan, “Better Together,” sounds “like a Benetton ad,” she said.

Another version of the “message” problem, Walter said (and this insight, if it is indeed insightful, should horrify anyone who believes that an important part of a campaign should be the part where the candidates make policy proposals and argue about whose policies will help the country more) went like this: “His message was succinct. Make America Great. She had a lot of policy papers.”

Pause here for deep breathing, followed by the “Serenity Prayer.”

Walter noted that Trump had, to put it mildly, issues with factual accuracy and consistency. Many people, especially media people who care about facts so much, could not get their mind around the fact that it didn’t matter how many things Trump said that were provably false. But here’s what Trump taught us (said Walter): The public (and, of course, she means the public that voted for Trump) doesn’t care about truth, accuracy, factuality, at least not the way the media defines those terms.

As an exploration of that point, Walter brought up a quote from an Atlantic magazine piece by Salena Zito. The quote has been celebrated as a breakthrough in seeking to understand Trump’s appeal.

‘Seriously, but not literally’

“When [Trump] makes claims… [or takes positions on issues] the press takes him literally, but not seriously. His supporters take him seriously, but not literally.”

I confess that I cannot really grok this Zito wisdom. Of course, even though MinnPost does not own a “press,” at least not “literally,” I’m a member of “the press” and therefore am a poster child for this problem of not getting the brilliance of this. But I’m trying.

When Trump says he will build a big beautiful wall and get Mexico to pay for it, it strikes me as a (literally and figuratively) concrete proposal. I think he’s literally talking about a wall, and then – in a way that I consider something between false and deranged — he’s claiming to have some secret plan that no one can describe to me but that dogs and others with special powers can hear, and that we’re just supposed to take his word for, that the U.S. taxpayer will be relieved of the construction costs.

So the people who are orgasmic when he says this, also know it’s not true, not “literally” true. So what does it mean to take it “seriously?” Here’s my best, inadequate shot at understanding what it means.

People who feel that way know that the Mexican-paid-for wall is more symbol than reality. It symbolizes that this is a guy who gets how pissed off they are about all the Mexicans streaming across the border and taking their jobs or driving down their wages. And even though the plan to deal with it is not “literal,” and even though they might know, if they cared to know it, that net migration between the United States and Mexico over recent years has been net zero (an assertion that “Politifact” rated as “mostly true”). And even though President Obama has set a record for deporting the most Mexican immigrants of any president, it’s “serious” that Mr. Trump will solve this problem, whether he has a literally existent plan to do so or not.