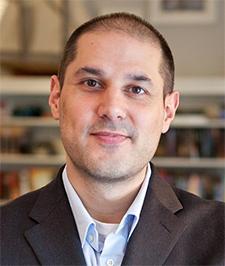 The partnership between the United States and its European allies has had its ups and downs, but the fundamentals seemed like a settled matter for most of the post-World War II era. The election of 2016 has unsettled it, to say the least. Or perhaps, to put in starker language, the election of Mr. Trump will be an “unmitigated disaster” for the Euro-American partnership.

That two-word phrase in quotes above comes from a luncheon talk I attended Wednesday as a guest of the Minnesota Consular Corps, an organization that brings together the consuls who represent other nations in our state.

The luncheon speaker, Hans Kundnani, Senior Transatlantic Fellow of the German Marshall Fund, has observed Euro-American relations for years and said he had believed that he “understood this country quite well” until November. What he called the “political earthquake” shattered that confidence and left him struggling to understand how the U.S., where he last lived in 2001, could have changed so much as to bring about that election result. He confessed that it left him feeling “bleak and pessimistic” about the future.

Chances are, you know some others who lived stateside the whole time and were also quite surprised by the election result, present company included. But because of his day job, Kundnani is able to tell an American audience how it felt to many Europeans and those who have internalized the post-war era as the European new normal.

The development of the European Union over recent decades, with the help and encouragement of the United States, had made Europe the “symbol of multilateralism moreso than any other institution the world,” Kundnani said.

Yes, European nations have had issues with one another, and yes, Brexit happened before the Trump election happened. And yes, there were growing tensions between rich and poor EU member states about how much the rich ones were obliged to help out the poor ones. But the combination of the increasing cooperation within Europe, the growth of the EU, the reliability of the mutual Euro-American security understandings symbolized by NATO, and the reliable united front that the European-American bloc presented in dealings with Russia, had created a sense that Europe had learned the right lessons from the carnage of the 20th century.

And suddenly, on November 9 of last year, a great many assumptions that seemed so settled were suddenly unsettled, Kundnani said.

Take Russia, for example. For most the Cold War era, it was the hardline Americans who were jawboning their much wobblier European allies to stay firm against any hints of Russian (or, in the older days, Soviet) aggression. And that system had produced a lot of cold peace and containment that led somehow to the dismantling of the Soviet behemoth without a hot war.

Now, suddenly, the U.S. is led by a man rumored to have unholy relations with Russian president Putin, a new president who seems to think that allowing Russia to expand into Crimea and other unspecified places is a thinkable thought, and who is scaring a lot of European states by waffling on the inviolability of the basic NATO guarantee that the world’s greatest superpower has their backs.

Since November, Kundnani said, “it’s no longer clear to Europeans whether the United States will come to the aid of their [NATO] allies if they’re attacked.”

And frankly, he added darkly, he can’t imagine anything that Mr. Trump could do or say, having once created those doubts, that would make those doubts go away.

Keep your eyes on Latvia and Lithuania, Kundnani suggested. These are two small states, former Soviet republics, separated geographically from the main body of European NATO states, and they are among the many NATO members that do not spend the required two percent of GDP on their military. Candidate Trump often complained about free riders like that. If the Russians start agitating along the Latvian or Lithuanian borders, will the message from Washington to Latvia be: Don’t worry, NATO has your back? Or will it be something more ambiguous?

If Europe decides that it can no longer rely on the so-called U.S. nuclear umbrella, what does it do next? Kundnani wondered aloud whether Germany might show some interest in becoming a nuclear power, or lead the European members of alliance to jointly pursue an arsenal that they could use if they felt they could no longer rely on U.S. nukes as their ultimate deterrent. He didn’t take a position on answering that question. But he said for most of the last 70 years, it was the Americans who generally tried to prevent nuclear proliferation. Trumpism, Kundnani said, at least implicitly encourages more nations to want to have their own nukes.

After two world wars in the 20th century, both of which visited unimaginable destruction on Europe, Europe has avoided a major war for seven decades. Europeans may congratulate themselves for the creation of the European Union and other institutions that have helped deter war and resolve disputes peacefully, and many Europeans may see this is a great accomplishment of their own. But that achievement, Kundnani said, has been “much more linked to Europe’s relations with the United States than a lot of people realize.”

In the area of trade, the U.S. has long favored an assumption of multilateral, open free trade. Trump’s attraction to what Kundnani called “mercantilism,” which roughly translates into forms of protectionism and bilateral trade deals, “breaks with decades of bipartisan consensus” in America that free trade policies are best for America and for the world, he said. This could lead to trade wars and a broader unravelling of the existing free trade consensus that is symbolized by the work for the World Trade Organization.

At the moment, based on what Trump has said, and Kundnani added that this is one of the things that worries him most about the Trump moment, “it’s no longer clear whether America stands for democracy anymore.” Trump “seems to actively prefer authoritarians like [Vladimir] Putin to democrats like [Angela] Merkel.”

European scholar on the Trump era: ‘It’s no longer clear whether America stands for democracy anymore’