News
Good Jobs
MinnPost’s Good Jobs beat is made possible by a grant from MSPWin, a philanthropic collaborative committed to strengthening the workforce in the Twin Cities metro area. MSPWin plays no role in determining the content of the coverage.
March 17, 2016

A quick peek at unemployment data for Minneapolis’ Cedar-Riverside neighborhood reveals some discouraging numbers: Nearly 18 percent of the residents don’t have jobs.

That statistic isn’t talked about much when officials tout Minnesota’s economy and the state’s overall unemployment rate, which currently sits at 3.7 percent, according to the Department of Employment and Economic Development.

That may explain why so many public officials have high hopes for the “cross-sector” career center planned to open in the neighborhood later this year: the Cedar-Riverside Opportunity Center. Aimed at increasing job skills and connecting the neighborhood’s East African communities to various employment opportunities, the center will offer one-stop shopping, a place where residents will have access to everything from on-site recruiters to counselors to assist with attaining career credentials. “We will have … colleges, navigators and employment counselors on-site,” noted Mohamed Ali, an associate director of employment at EMERGE Community Development. “Such a combination has never happened.”

Indeed, though the neighborhood has long been home to several traditional workforce centers, most tended to offer overlapping services — teaching job seekers interview skills, writing resumes and showing where and how to apply for jobs.

The new opportunity center aims to take a different tack, offering a more “holistic” approach to addressing employment issues tailored specifically to the community it serves. For example, if a resident wants to get a nursing assistant job, but doesn’t know where to start, said Ali: “We will enroll you to a class. You do the orientation at the center. We will buy you school supplies. We will give you transportation, whether it’s a bus card or car gas. Then you will meet your employment counselor once every two weeks to update [on any progress].”

Officials also believe the center could provide a model for other neighborhoods throughout Minnesota, especially those home to large immigrant communities. Cedar-Riverside boasts the largest East African immigrant concentration in the state, and the center will arrive at a time when the unemployment rate in the neighborhood is nearly 18 percent, more than four times Minnesota’s overall rate. “We’re creating a model that we know works because of the interaction that we have with the community,” said Minneapolis City Council Member Abdi Warsame. “If this works, it might be replicated in other communities and neighborhoods.”

A focus on youth

For decades, various non-profit organizations have provided social and employment services to residents of Cedar-Riverside. Those programs — many of them based in the Brian Coyle Center and Riverside Plaza — have provided job training and youth programs as well as immigration and social services. But they haven’t been particularly successful in addressing the employment void, especially for young people between the ages of 18-24.

Mohamed Jama, Cedar-Riverside Youth Council founder and director, noted that these young adults are some of the community’s most vulnerable residents. “They’re the ones susceptible to groups like Daesh (ISIS) or doing drugs or dropping out of schools or staying on the streets,” said Jama, who has lived in the neighborhood since childhood. “These kids need resources, they need jobs … [and] opportunities that will cater to their needs. They need to have business plans, like teaching them how to have their own business.” 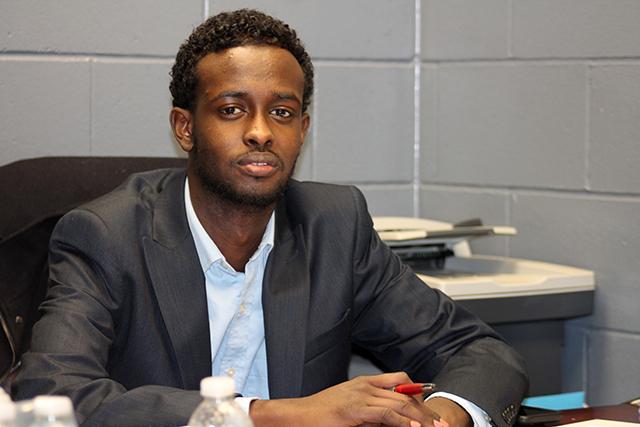 MinnPost photo by Ibrahim Hirsi
Mohamed Jama, Cedar-Riverside Youth Council founder and director: “I’m very optimistic that, for the first time in Cedar-Riverside, a youth hub like this is being created.”

That’s where the opportunity center comes in. The center, which is set to open later this year and be located in the Five15 on the Park, a luxury apartment building located across the street from the Brian Coyle Center, will have 12 full-time employees as well as education and business partners.

Hennepin County Commissioner Peter McLaughlin explained that the center will also feature a community library and provide employers with opportunities to recruit candidates and host on-site job interviews. The Minneapolis Technical and Community College will also have a space, where the school can give information and counseling services to prospective students. “We’re committed to finding a pathway to connect people in the community with jobs,” McLaughlin said. “I think that’s good for the people, but it’s also good for the country. We have got to reach out to the communities that we want to see reflected in our workforce.” 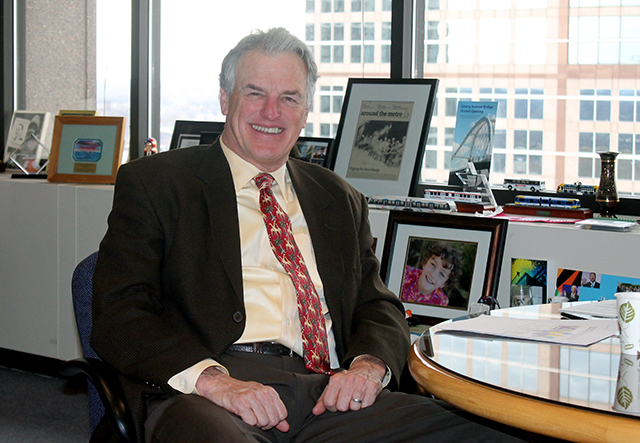 Various government entities will have specific roles in the center’s development: Hennepin County will act as fiscal agent of the new center, while Minneapolis officials will be involved in the programming: working with residents to assure that the center’s offerings address issues of particular interest to the East African community. The Minneapolis-based nonprofit EMERGE — which currently operates workforce and IT training programs in the neighborhood — is poised to oversee the center’s day-to-day activities.

The hub is expected to cost about $140,000 in annual operations. The county has set aside $250,000 as a start-up investment while the city has approved $100,000 to support the center. The opportunity center will be sustained though appropriations from state, county and city governments as well as support services from some local colleges and universities.

Officials and community leaders have not been shy about their expectations for the center, which they say should help with chronic unemployment problems in the neighborhood. “I’m very optimistic about it because it’s catering to the people that we have been advocating for years and years,” said Jama, the youth council leader.

Jama, who became a vocal youth advocate as a teenager, noted that many young men and women he grew up with in the neighborhood chose a different path — ended up on the streets or in prison — because they lacked role models and services needed to positively influence at-risk youth. He said he believes that the center will become a resource for both job seekers and disadvantaged young residents, since it will be the first dedicated solely to workforce issues — a way for community members to gain access to living-wage jobs and career training as well as scholarship and mentorship programs.

Warsame echoed those hopes: “I think this will have a profound effect because this is the first time you have something from inception,” he said. “The design is tailored toward the community. And the facility will be at the heart of the community.” 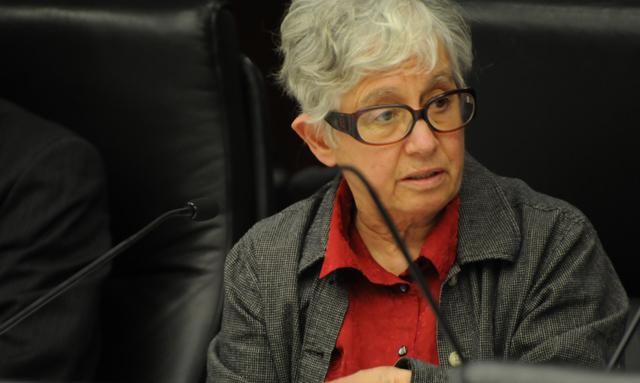 MinnPost file photo by James Nord
State Rep. Phyllis Kahn is among some state officials cheering for the Opportunity Center.

State Rep. Phyllis Kahn, who currently represents Cedar-Riverside in the Legislature, also expects big things. One of the problems that the neighborhood has wrestled with, Kahn said, is that it only has the Brian Coyle Center, which doesn’t serve individuals older than 18. “This is really important,” she said of the center. “There have been a lot of people working with younger people, and also some of the elder groups. But this is the age group that we really need to hit.”

The opening of the Opportunity Center is also part of a broader mission for Hennepin County: an effort to create a more diverse workforce and to fill tens of thousands of job vacancies that will occur by the end of the decade as a result of the retirement of baby boom workers. “We’re very intentional about removing barriers from our communities who haven’t had the opportunity to work at the county,” said John Thorson, workforce development program director with the county. “We’re also looking at economic disparities, both by place and by race.” 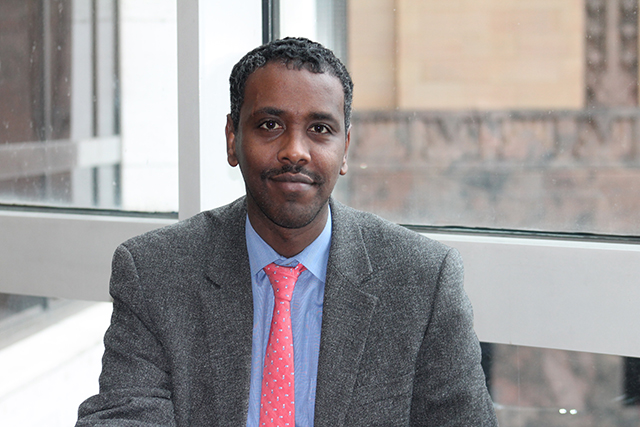 MinnPost photo by Ibrahim Hirsi
Minneapolis Council Member Abdi Warsame: “It’s a one-stop shop that will connect those who are looking for work and those who are trying to improve their skills to jobs.”