News
Good Jobs
MinnPost’s Good Jobs beat is made possible by a grant from MSPWin, a philanthropic collaborative committed to strengthening the workforce in the Twin Cities metro area. MSPWin plays no role in determining the content of the coverage.
Aug. 8, 2016

When Isaac Ogata was a civil engineering student at the University of Minnesota three years ago, he did one of the hardest thing a student could do: He worked 40 hours a week.

That meant passing up internship opportunities, which employers nowadays are increasingly seeking in new college graduates. But Ogata needed money from his full-time job as a shipping material attendant at Emerson Process Management in Eden Prairie.

When he graduated in 2012, the company promoted him to a supervisory position in the same department. But the job wasn’t an engineering job, and he wanted to work in his chosen profession.

“I used to send 30, 40 applications every week,” he noted. “Out of those, I sometimes got regret letters. Sometimes I didn’t even get a response. A few times, I was called for interviews, but they didn’t yield to something. I was never offered even a second interview.”

According to a detailed report from the Minnesota Department of Employment and Economic Development (DEED), Ogata’s experience is not uncommon. Examining wage and employment differences between white Minnesotans and those from minority backgrounds after obtaining post-secondary degrees, what it found was that thousands of Minnesotans from racial minority groups are struggling to land full-time employment related to their majors, and often earn less than their white counterparts.

The report, Racial Disparities in Wages and Employment after Graduation, used data from 150 community colleges and universities across the state.

Researchers divided the group into two categories: Those who completed post-secondary education between the ages of 21 and 30 and others who completed their studies between 31 and 45 — expecting the older cohort would gain higher pay after graduation because of their work experience before getting a degree.

The report found a larger number of white and Asian graduates represented in high-skill and high-pay industries than black workers in the first two years after graduation. That’s because whites and Asians chose majors — such as business, IT, engineering — that are in-demand and pay higher wages.

In these high-skill industries, not only do these workers gain high wages, they also get opportunities for professional development and promotion.

Black and American Indian college grads, on the other hand, were concentrated more in low-paying industries such as nursing and residential care facilities, social assistance and restaurants. 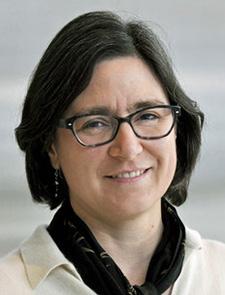 Nor were graduates between the age of 21 and 30 represented in the work force equally in Minnesota: Nearly 16 percent of black graduates ended up in temp jobs, for example, compared to 4 percent of whites and 10 percent of Asians.

And those numbers held true not just in one industry, but across the board. “There is a greater share of [blacks and American Indian] working part-time, whereas whites and Asians have a greater share of working full-time,” said Oriane Casale, assistant director of labor market information at DEED. “We’re talking about a very large group of workers … in the economy who can only find part-time jobs, but want full-time jobs.”

The report also examines wage disparities between white and minority workers two years after graduation, and it found that white grads earned more than other groups — even when controlling for age and degrees.

“Over a six-year period that extended two years after graduation, wages grew 44 percent for whites,” DEED’s Alessia Leibert wrote in the report, “and only 18 percent for blacks.” The wages grew 33 percent for Asian grads, and 30 percent for Latinos.

“Students who are coming out of school, no matter what race, are good at finding employment,” Casale added during an interview. “What the difference is that they find employment in different industries and they find different wages.” 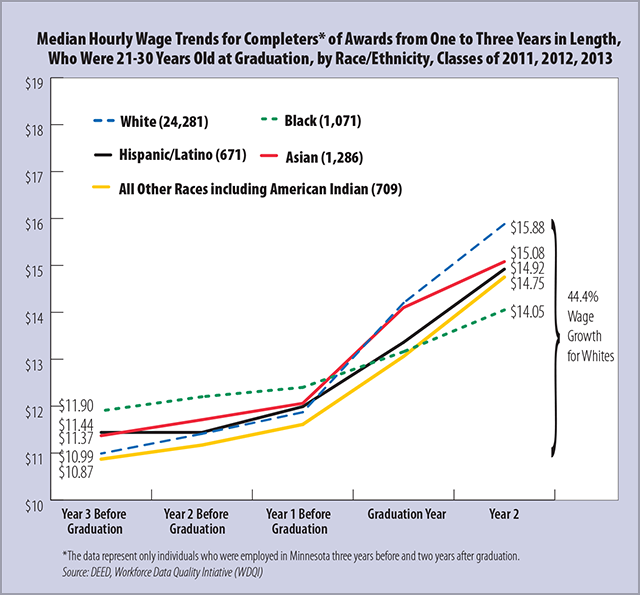 When researchers compared wages of blacks between 21 and 30 to those of other races before graduation, they found that blacks actually earned higher wages. But that changed after graduating. The wages for white grads grew 73 percent in 6 years compared to 49 percent for blacks. That compares to 64 percent for Latinos, 59 percent for Asian.

Prior to the Great Recession, few minority groups attended post-graduate schools. But during and after the recession, Minnesota tech colleges and universities saw a hike in enrollment among racial minority groups.

Enrollment for black students, for example, reached 14 percent in 2013, compared to 5.9 percent in 2007. Much of the growth in enrollment was the result of a tightened labor market during the recession. At the time, employers increased the minimum job requirements to suppress the overflow of job applicants, and the market forced many Minnesotans who might otherwise have not attended college to seek college-level retraining. 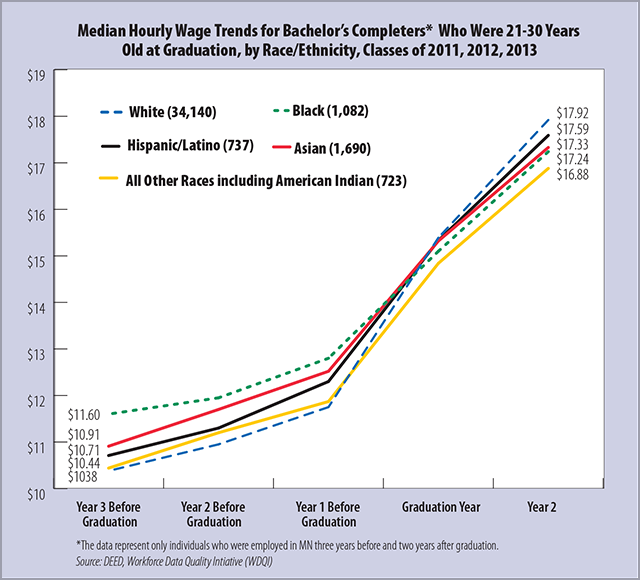 Before earning post-secondary degrees, black men between the ages of 31 and 45 “had a significant wage disadvantage,” compared to other groups, according to the report. Later, the report found, wage trajectories improved, possibly as a result of the workers attending post-secondary schools. A post-secondary degree among those 31-45 pumped up wages for blacks by 24 percent, compared to 9.7 percent for whites, 9.5 for Asians and 4.3 for Latinos. This led to the difference in wages between comparably employed black and white men to drop to $1.26 within two years after graduation, from $3.14 three years before graduation.

The report found that wage disparities also persist among women. “Asians, whites and Latinos had higher starting wages than blacks and all other races, and they maintained that advantages after graduation,” Leibert notes in the report. “But while credential attainment helped reduce the initial wages gap, it was not enough to eliminate it.” 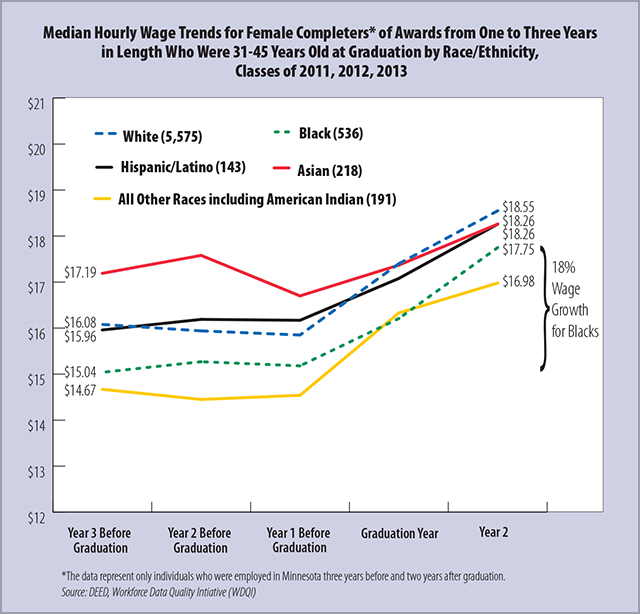 What are the remedies?

The report doesn’t delve into the cause of the employment and wage disparities; although experts note that discrimination plays a role. But there are also other factors that may contribute to those disparities, including a lack of employee networks and internship opportunities for minority groups.

Even when minority workers attain the right credentials needed in the labor market, they may need more time to land full-time jobs in their chosen fields. Casale said that many individuals in minority groups feel the need to take any job after graduation because they need to earn paychecks immediately after college to support themselves and their families. So they end up taking jobs that pay less or jobs in fields other than their chosen profession.

That was the case for Ogata. After earning his civil engineering degree in 2012, he held on to his supervisory job at the factory until the end of 2014, when he decided to walk away for a temp engineering job. “There was no guarantee of even one year employment,” he said. “But I said ‘OK, I’m going to take the risk. If things go really bad, I may start looking for another factory job.’ ”

In May, Ogata’s sacrifice paid off: The temp job turned permanent.

To assure more students don’t have to go through the same sort of hoops that Ogata did, experts recommend that colleges and universities create informational resources for minority students so they have the right employment networks during and after their graduation. They also recommend that support services help these students complete their credentials soon after high school “so that they can start utilizing marketable skills and building a career at as young an age as possible.”