News
Good Jobs
MinnPost’s Good Jobs beat is made possible by a grant from MSPWin, a philanthropic collaborative committed to strengthening the workforce in the Twin Cities metro area. MSPWin plays no role in determining the content of the coverage.
Oct. 18, 2016

If you’re looking for a career in a growing industry that pays more and requires less time in school, then manufacturing might be a good fit. That’s the message of local leaders in the industry who are working to recruit young employees and students for careers in manufacturing, a field that provides employment to nearly half a million Minnesotans.

Since the Great Recession, during which Minnesota shed more than 54,000 jobs, manufacturing operations have struggled to attract enough workers. That’s not good for the economy, of course, especially when more and more baby boomers are aging out of the workforce.

That’s why state government agencies, private firms and nonprofit organizations are trying to develop grassroots solutions: raising awareness about the industry and trying to dispell negative perceptions about it.

Minnesota is not alone in its need for manufacturing workers. In recent years, there has been an increasing demand for skilled workers in the country, a need that is expected to persist for years to come. Indeed, over the next decade, according to a 2015 a report from Deloitte and Manufacturing Institute, more than 3 million manufacturing positions will be available nationwide — with 60 percent of them likely remaining unfilled.

In Minnesota, nearly 5,000 manufacturing jobs currently remain unfilled — a number that will likely grow as more and more employees move into retirement.

The lack of skilled workers is due in part to fewer and fewer young people choosing careers in the industry. One of the factors fueling that gap is the increasing numbers of high schools closing down their industrial training classes in recent years, said Marni Hockenberg, founder and president of Minnetonka-based Hockenberg Search, which provides recruiting services to manufacturing companies. “These are classes that would teach young people skills such as working in metal fabrication and tooling,” she said. “So, we lost a lot of potential workers because they just were not exposed to ways that they could work with their hands and earn a living.”

Still another reason, Hockenberg noted, is that high school counselors, teachers and parents often emphasize the importance of a four-year degree. That leads fewer students to express an interest in community and technical colleges — schools that provide training students need to work in the manufacturing field. 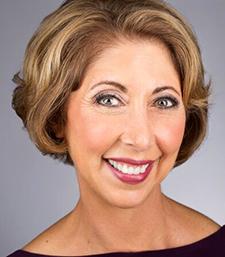 But that isn’t the case today, noted Bob Kill, executive director of Enterprise Minnesota, a consulting organization that works with manufacturing companies. “All the jobs that were once manual, are now computer-driven jobs,” he said, adding that “these are very clean environment jobs because manufacturers had to upgrade all their positions to attract young people.”

To combat the negative perceptions, state government officials and leaders in manufacturing are taking various approaches to raise awareness about the importance of manufacturing to Minnesota, a sector that contributes more than $48 billion each year to the state’s economy, and includes such iconic companies as 3M, General Mills, Ecolab, Hormel Foods, and St. Jude Medical.

One step is designating the first week of October to be Minnesota Manufacturing Week, which included a statewide Tour of Manufacturing, which gives schools, families and the general public an opportunity to visit manufacturers and learn about the various career possibilities. 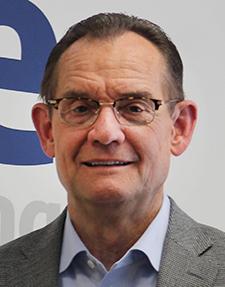 “The idea behind Manufacturing Week is to highlight and bring more people into the manufacturing companies to see firsthand what it’s about,” Kill said. “The manufacturing that a lot of people know is kind of yesterday’s news. Today, there are exciting careers to have in manufacturing.”

But companies that rely on manufacturing aren’t just relying on the state to help improve the industry’s outlook. Hockenberg noted that many employers in the field are working to find solutions to the worker shortage, too. “There are some companies that are inviting high school students to tour their facility to get them interested in a career in manufacturing,” she said. “They’re introducing these young people to what a manufacturing company does, what it looks like inside, what kind of careers they can have with a two-year degree and how much they could earn.”

Enterprise Minnesota, likewise, is trying to bring more visibility to the industry. Kill said that the organization connects the public and private companies to elected officials and economic development organizations “so that manufacturing can be recognized as an important creator of jobs for communities across the state.”

“Over the last six years, manufacturers have really been united in trying to reach out to attract more young people,” Kill said. “This is a fun and challenging time for the manufacturing industry in Minnesota.”