In a bid to ease a problem many Minnesotans have in finding and retaining jobs — especially those in Greater Minnesota — Sen. Bill Ingebrigtsen has proposed legislation to create a program to help provide low-income residents with personal cars.

The bill asks lawmakers to earmark $1 million to create a pilot program, “Getting to Work,” which would provide grants to nonprofits that offer free and reduced-priced cars and auto repair services throughout the state.

During a committee hearing before the Senate’s Jobs and Economic Growth Finance and Policy Committee on Monday, Ingebrigtsen (R-Alexandria) told members of the committee that the new state program would help existing nonprofit auto services expand the services to other communities that don’t currently have them.

Transportation remains a major hurdle to employment for many in the U.S. According to a report from the nonprofit Annie E. Casey Foundation, “two-thirds of new jobs” are far away from public transportation systems, and nearly 90 percent of Americans drive to work.

Anna Odegaard, the legislative advocate for the Minnesota Asset Building Coalition (MABC), an umbrella group of nonprofits that advocates for public policies to help “asset poor” Minnesotans achieve financial stability, said that multiple surveys have shown that a lack of reliable transportation and personal cars has long been a major obstacle to finding and keeping jobs for residents in Greater Minnesota.

“We are working with families, day in and day out who need transportation in order to keep a job,” said Odegaard. “Many people don’t have that $500, $600 to fix their cars.”

The MABC — which collaborates with 140 organizations across the state — has been closely working with a group of 10 nonprofits that provide free and reduced auto repair services and donated cars.

Many of the leaders of these organizations, Odegaard said, told her that they have received calls from people in many parts of the state asking if they could participate in their programs. The Blaine-based nonprofit organization Cars for Neighbors, for example, has provided low-income families in Anoka County with free auto repair services and donated vehicles for 17 years. It often receives calls from residents outside the county asking for the services.

They ask, “Who’s doing this in my area?” Odegaard said.

Often, the answer is, “Nobody.”

“Although keeping people employed is our core mission, we know that when someone has personal transportation, it opens up opportunities to fully participate in their communities,” said Cars for Neighbors executive director Jim Huff, who testified at the Senate committee hearing.

He added: “Having families that are mobile creates vibrant communities where they can get to work and … get their children to schools and community activities. For us, a car is not a luxury, but rather, it means to engage fully in one’s community.”

One of those community members was Donna Hunt, who turned to Cars for Neighbors in 2012, when she faced financial hardships and was unable to replace her dilapidated van.

Hunt, a single mother, eventually received a four-door 2004 Saturn Ion that she still drives to her job with Anoka County and to Metro State University, where she is pursuing a bachelor’s degree. 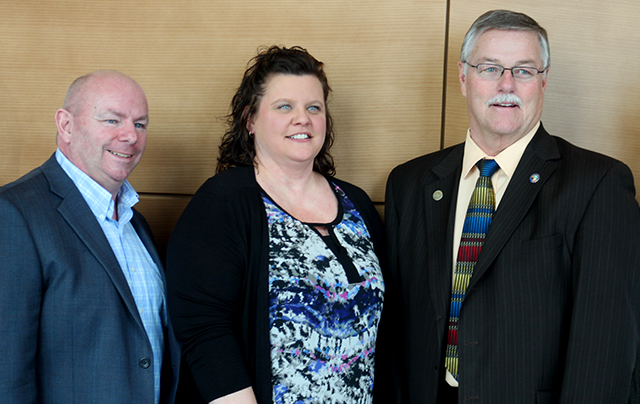 Ingebrigtsen’s “Getting to Work” bill would create a grant program to be distributed to qualifying nonprofits by the Minnesota Department of Employment and Economic Development.

The nonprofits would be the ones providing donated vehicles and auto repair services. To receive state funding, the organizations would have to provide one or more of several other services to a community: basic training on auto maintenance and repair, financial literacy education, credit counseling or job training related to auto repair and maintenance.

“You need somebody to build relationships with the mechanics, with the part stores, with the churches and specific organizations,” Odegaard said. “You need to ask their members if they have donated vehicles that they can bring to the program.”

The services would be available to anyone at least 22-years old with a driver’s license and a household income below 200 percent of the federal poverty guideline. Participants would be required to show proof of insurance and demonstrate their need for a vehicle to get or keep a job.

If the Legislature passes the program — which on Monday was laid over for possible inclusion in an omnibus bill — Minnesota will probably be the first in the nation to appropriate state funding for such a program.

The $1 million funding, Odegaard said, could secure 240 used vehicles and repair 2,300 over the course of one year. “It’s extremely important to have this bill passed,” said Hunt, who says the kind of programs the bill seeks to expand changed her life for the better. “I was able to relax. It gave me an opportunity to start thinking about not when my car is going to break down, but ‘What else can I accomplish?’”