MinnPost’s Good Jobs beat is made possible by a grant from MSPWin, a philanthropic collaborative committed to strengthening the workforce in the Twin Cities metro area. MSPWin plays no role in determining the content of the coverage.

In 2013, Minnesota became the third state in the nation to pass “Ban the Box” legislation, which prevents private employers from asking about criminal history information on job applications and during interviews.

The law was created to give ex-offenders a better chance for employment, something that had long been denied to them as a result of the criminal background checkbox on job applications.

Today, though hard data is hard to come by, those who advocated for the law’s passage say it’s made employers more open to hiring formerly incarcerated candidates.

Among them is Emily Baxter, executive director of We Are All Criminals, a nonprofit that aims to create social change through advocacy and personal stories. In 2009, when Baxter first started reaching out to employers and HR personnel about considering jobseekers with a criminal record for employment, she had faced a wall of resistance.

But after Ban the Box became law, she says, employers wanted to talk to her about their hiring policies and are more open to employing ex-offenders. “Part of that is because of the law change,” Baxter said. “There’s a legal interest now in ensuring that they follow the law.”

In 2009, Minnesota became the second state in the country to require public employers throughout the state to remove the criminal history checkbox from job applications.

The Ban the Box measure was then expanded to private companies in 2014 when many states, cities and counties around the country were also advocating for the policy — in hopes of increasing access to employment opportunities for millions of Americans with criminal records.

While the law bans the box on job applications and delays questions about criminal history until later in the hiring process, it doesn’t prevent employers from conducting background checks. Nor does it force them to hire ex-convicts.

That means it doesn’t guarantee employment for formerly incarcerated Minnesotans. However, Baxter says, it’s been fueling conversations about second-chances and fair hiring access around the state. 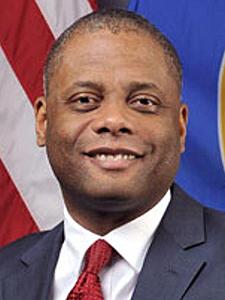 Like Baxter, Kevin Lindsey, commissioner of the Minnesota Department of Human Rights, also took notice of the fact that more employers are starting to pay attention to the potential contributions ex-offenders can make to the tightening labor market.

That’s partly because some of the formerly incarcerated people, who rehabilitated themselves, are also skilled workers and are needed in the workforce, which is expected to shrink in the coming decades as baby boomers continue to exit the workforce.

“They’re ready and they’re very interested in finding a job,” Lindsey said of people with criminal records. “They want to provide for their family and change the direction and the trajectory of their lives. If they’re given an opportunity, they would reward their employer tenfold.”

Effectiveness of Ban the Box

Lindsey is referring to an estimated 1 million people — or one in five — in Minnesota who have some kind of criminal record. For a long time, the criminal checkbox on job applications excluded some of this population from participating in the workforce.

Now that the state has had the Ban the Box law for four years now, how effective has it been in helping ex-offenders find jobs?

There’s no numerical evidence that shows its effectiveness in Minnesota. But Baxter has some anecdotes suggesting that the fair hiring policy has over the years improved the lives of many Minnesotans with criminal records. 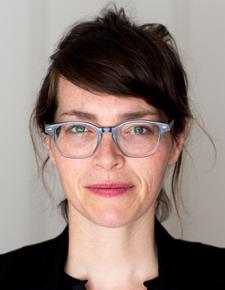 “One of my favorite interactions that I had was with an African-American man is when I sat down with him in his living room,” Baxter said. “He was bouncing his infant child on his knee.”

At the same time, he was telling Baxter that before Ban the Box came into being, he was unable to get interviews when he applied for jobs. But soon after the box was banned, hiring managers started to call him for employment opportunities.

That gave him a chance, not to conceal his criminal history, but to explain he was a changed man and that he was eager to work and “to be the best employee he could.” And he eventually found employment.

Mark Haase, former vice president of the now-defunct Council on Crime and Justice, noted that people with criminal records tend to get hired if they have a face-to-face interview with employers.

“[Prior to Ban the Box] people were being judged before they had a chance to really explain what had happened, what they had done since and what they can offer an employer currently,” Haase said. “So people were unnecessarily having their opportunities limited.”

Indeed, a report — “The Benefits of Ban the Box: A Case Study of Durham, NC” — by the Southern Coalition Social Justice details how Durham, North Carolina has dramatically increased employment for people with criminal records after adopting the policy. “Since the Ban the Box initiative began in 2011,” the report states, “the overall proportion of people with criminal records hired by the City of Durham has increased nearly 7 fold.”

Such data isn’t available in Minnesota, but Ban the Box advocates say that employers have become more interested in hiring ex-offenders for positions across sectors.

Correction: This story was changed to show that Minnesota was the second state in the U.S., not the first, to pass ban-the-box legislation for public employees.