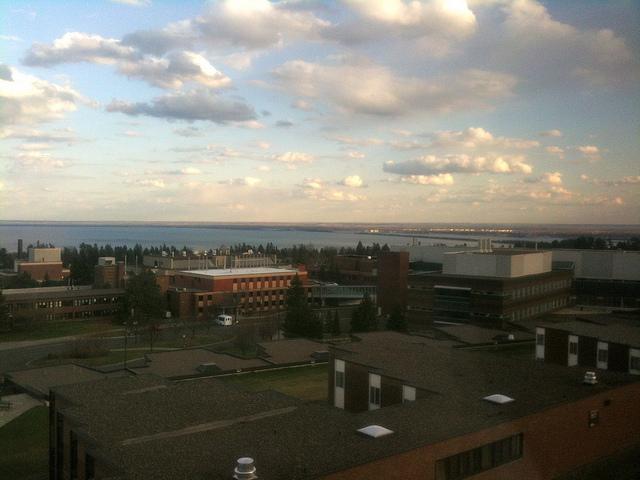 CC/Flickr/John Russell
The Board of Teaching had already taken action against UMD’s secondary education program for not properly documenting changes in the program in 2012.

The state Board of Teaching has put most of the programs offered by the University of Minnesota-Duluth’s College of Education and Human Service Professions on probation. This means that graduates won’t get a regular teaching license but instead will have to apply for temporary licenses until the state and UMD fix things up. According to Jana Hollingsworth of the Duluth News Tribune, the Board of Teaching had already taken action against UMD’s secondary education program for not properly documenting changes in the program in 2012. Last Friday, the board also disapproved UMD’s early-childhood special-education program for the same reason. The result is more paperwork for graduates and more uncertainty in an already uncertain time. Chancellor for Academic Affairs Andrea Schokker wrote that freshmen and newer students “are not expected to be impacted by any of the actions.” (No word yet on why an educator would use the word “impacted” in a public setting.)

In Bemidji, town officials are using an unexpected $200,000 to flesh out rural firefighting abilities and banking the rest, writes Zach Kayser of the Bemidji Pioneer. On Monday, City Finance Director Ron Eischens recommended transferring $14,350 to “the city’s contract with the Rural Fire Association, which partners with the Bemidji Area Fire Department to provide firefighting service. The surplus money is intended to fund capital expenses, including new equipment to arm Bemidji-area firefighters against the wildfires, structure fires and other blazes they might encounter.” The rest will go into the fund used for cash flow and emergencies.

Moorhead parents are irked that the school district has severed ties with Special Olympics after more than 40 years, reports Aaron Burner of the Fargo Forum. The district has said the problem was with “challenges with participation including how the organization is separate from the district.” Parents weren’t buying it. “We think that our kids deserve a fair share of that. … There is some cost to it – yes – but I can’t believe it’s any different from any of the other team sports or club sports,” said Wayne Brendemuhl of Moorhead.

Remember the immensely unpopular Red Plan up in Duluth – the plan to rejigger boundaries and close schools? With the almost-closed sale of the Morgan Park and Rockridge schools approved Monday night, the Red Plan is almost complete, writes Jana Hollingsworth of the News Tribune. Morgan Park has been listed for $465,000 and Rockridge — including all three parcels — for $1.28 million. Morgan Park, 1243 88th Ave. W., closed in 2012 and Rockridge, 4849 Ivanhoe St., in 2011. The Morgan Park school, built in 1916, is zoned for a mix of possible uses, including for a combination of commercial and residential. Rockridge, built in 1965, is divided into three parcels. One has zoning that allows for multifamily or assisted-living development within the school, a single home probably would be built on the small parcel, and up to seven homes could be built in the larger residential parcel under current zoning. The sale comes several weeks after that of the former Central High School property for $10 million. Properties remaining include Nettleton Elementary and land near Hartley Park.

Here’s a headline from Tuesday’s Winona Daily News that screams spring: “Police calls for April 13: Lots of underage drinking, public urination.” I could print the rest of the story, but why?

Here’s a man who would honestly and rightfully be at home on “A Prairie Home Companion.” Kay Fate of the Rochester Post Bulletin tells the story of how Jerry Severson was taking his mother and 10-year-old cousin to the Zollman Zoo, just north of Byron on Sunday. As he looked at a bridge crossing the Zumbro River near Oxbow Park, he saw the top half of a car in the water. “There was no one around, and I figured it maybe went in the night before,” he said. Then he saw there was someone in the car struggling to get out. Fate picks up the story: “Jian Zhong, of Rochester, was still in the driver’s seat and unable to open the door. … Severson drove to the river bank and ran down to the water. Just a few steps in, he was up to his chest in the frigid water — estimated to be about 50 degrees. That’s when he saw the child. ‘I was yelling at him, “get the baby out, get the baby out.” … While still in the front seat, the man had been able to unbuckle his 3-year-old daughter from her car seat. ‘I couldn’t stand up on my own because the current was strong,’ Severson said, ‘but I didn’t want to waste any time.’ He lunged toward the car as the back door opened, offering him a stronghold. He pulled the child out and headed back to the shore, handing her off to his mother, Carol Nogosek. She had a thermal blanket in the vehicle and immediately bundled the child up. Severson then headed back to the car and helped Zhong out the back door and back to shore. ‘The water was climbing fast,’ he said. ‘By the time I got him to shore, the car was under water.’ A few minutes later, another passerby stopped and called 911. … Responders were there within five minutes, Severson said; the man and his daughter suffered no apparent injury. ‘After it was all over, he was very thankful,’ Severson said. ‘He shook my hand and said, “Thank you; you saved my life.” I couldn’t believe I was there. Me, of all people.’ Still, he said … ‘I would hope that anyone would do the same thing I did.’ “