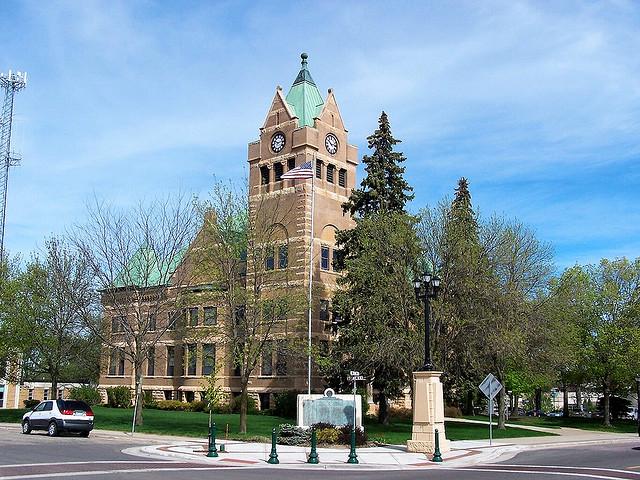 Prosecutors in Waseca argued Tuesday that John LaDue, who was 17 when arrested and accused of hatching a plan to blow up Waseca Junior-Senior High School, should be tried as an adult, writes Nancy Madsen of the Mankato Free Press. The prosecution’s first witness, Dr. Katheryn Cranbrook, said there is a great chance LaDue will commit violent acts in the future. LaDue faces six counts of possession of explosives in an alleged April 2014 plot to blow up the school. Police found him in a locker full of explosives. Other charges relating to a plot to kill his family, star a diversionary fire and kill students were dismissed for lack of evidence.

Twenty years after Jodi Huisentruit disappeared, a team of family, police, journalists and retired police continue to look for the Long Prairie woman, according to the AP in an article in the Rochester Post Bulletin. They hope the 20th anniversary of her disappearance will shake up some memories. On June 27, 1995, the 27-year-old Huisentruit, a morning anchor at KIMT-TV in Mason City, Iowa, failed to show up for work. Investigators believe she was grabbed shortly after 4 a.m. in her apartment parking lot. Police found her red high heels, hair dryer, hair spray and earrings strewn across the lot. Her bent car key lay on the ground near the car. Despite thousands of tips, no one has been arrested, Lt. Rich Jensen said. Last Saturday, the “Find Jodi Team” met and compared notes of potential suspects. The team includes former WCCO-TV reporter Caroline Lowe and retired Woodbury Police Commander Jay Alberio, as well as Huisentruit’s sister JoAnn Nathe and news anchor Josh Benson, who used to work at KAAL-TV in Austin. Jensen said no concrete links have ever been made between anyone and Huisentruit’s disappearance.

Joyride, a sober bus service in Kandiyohi County, has been a success and officials believe it will be in great demand over the Fourth of July weekend, writes Nicole Hovatter of the West Central Tribune.  Last year, Joyride provided 105 rides during the Fourth of July weekend and coordinator Stephanie Felt expects that number to skyrocket this year. The service, which costs $10 and provides a ride home within the Willmar city limits or within a six-mile radius of Spicer, is not an anti-alcohol campaign but simply promotes safe and responsible behavior, Felt said. “We are not against drinking. We are against driving after you are drinking. Plan your night before you party,” Felt said.

A 12-year-old Duluth boy was struck by lightning at about 4 p.m. Sunday near the driving range at the Enger Park Golf Course. He is listed in fair condition at Essentia Health-St. Mary’s Medical Center in Duluth, reports John Myers of the Duluth News Tribune. Meanwhile, a father and daughter were struck by lightning about 2 p.m. Sunday at a baseball field near the Cherry Town Hall. They are at the same hospital. Jay Mott, 51, of Virginia, remained in critical condition Monday while Ava Mott, 4, was upgraded to good condition on Tuesday.

Rain can stop neither Boston nor Baxter nor the people who enjoy both. Lake Jam at Brainerd International Raceway suffered a deluge Saturday night during the classic rock group Boston’s performance, but attendees didn’t let the waterworks dampen their spirits and the band played on, writes Jennifer Stockinger of the Brainerd Dispatch. “I love Boston,” said Lori Schweitzberger of Baxter. “I remember listening to them when I was a freshman in college.” Kevin and Julie Koempel of Lakeville purchased a Saturday pass to see Boston and to check out the other classic rock bands, such as Loverboy, Don Felder and Head East. Bill Simmons said the last time he saw Boston was in 1978 or 1979.

Patrice Hurd of Bemidji recently won $700 in a bake-off at the National Festival of Breads in Manhattan, Kan. She won with her Peppered Parmesan Veggie Bread, reports the Bemidji Pioneer.

Waseca teen should be tried as an adult in explosives case, prosecutors say