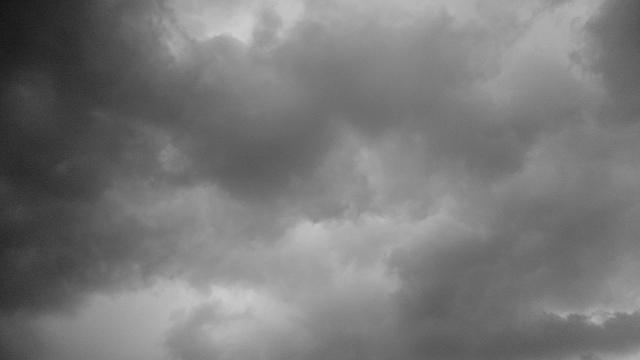 A tent full of fireworks might not be the best place to weather out a storm. If you doubt that statement, talk to Sheryle Turner, who rode out Monday’s storm in the TNT Fireworks tent in the Walmart parking lot in Worthington. “When the 2,000-pound blocks we use to tie (the tent) down started to tip over, we got out of there,” she told Beth Rickers of the Worthington Daily Globe. The Turners’ tent was flattened and an unoccupied camper was tossed onto its top. No one was injured and Turner is optimistic they will have fresh inventory by Tuesday or Wednesday. Meanwhile, Terry Bourassa was awakened when a 31-foot section of pine tree bounced off his roof, knocking sheetrock off the ceiling in his living room and damaging the roof trusses. “It could have been worse,” said Bourassa. The pine tree, which used to be the largest on the south side of the lake, lost about 20 feet of its height.

While farmers track the thermometer and calendar to better aid their crops, they also watch growing degree days as well, writes Jonathan Knutson of the Forum News Service. “It takes energy for crops, or even an insect, to grow, and heat units supply it,” Daryl Ritchison, the assistant North Dakota state climatologist, told Knutson. Growing degree days have become an important measurement across Montana, the Dakotas and northwest Minnesota as climate change allows corn to become a viable cash crop. Growing degree days measure heat accumulation within a specified temperature range. Corn, for example, grows within 50 degrees and 86 degrees. Little, if any, growth occurs when the temperature falls below the threshold while plants are stressed if the upper threshold temperature is exceeded. The key is accumulating the right number of growing degree days for plants to move properly in their life cycle.

More than 1,400 mountain bikers are expected to convene on the North Shore Saturday for the Lutsen 99er. Jimmy Lovrien of the Duluth News Tribune says the event is growing in popularity. The 99er began in 2011 with only 80 racers. By 2014, the number of participants had grown to about 1,300. This year, organizers placed a cap of 1,500 racers. The event consists of three races: 99 miles, 39 miles and 19 miles, along with entertainment and food and a race for children. “The North Shore people, the atmosphere — they’re very welcoming,” said race director Peter Spencer. “They really treat the participants really well.” It’s difficult to watch the race outside of the finish line because the race covers trails and backroads in rugged Cook County, but Spencer suggested watching from Devil Track Lake Campground off County Road 57 northwest of Grand Marais, and an aid station on the Sawbill Trail north of Tofte. The races begin at 7:30 a.m. Saturday at Lutsen Mountains.

A second psychological exam has been ordered for 18-year-old John LaDue, the southern Minnesota teen accused of plotting an attack at his school. The Associated Press reports that the judge wants to determine whether to charge the Waseca teen as an adult. LaDue was 17 when Waseca police found him in a storage unit with bomb-making materials and then recovered guns, explosives and a journal outlining a plan to kill his family, set a fire to divert first responders, then go to Waseca Junior and Senior High School and “kill as many students as he could.” LaDue’s attorney said the second exam is unnecessary and that prosecutors only want it because the first wasn’t in their favor.

When it comes to bad neighbors, few are worse than corporate hog farms. That’s why hundreds of Bayfield County residents in Northwestern Wisconsin will attend a Pie and Politics event Tuesday to hear from people concerned about plans by Iowa-based Reicks View Farms to build a concentrated animal feeding operation in a county known for its orchards and family farms. Brady Slater of the Duluth News Tribune writes that while the Wisconsin Department of Natural Resources continues to ask the firm for more specifics about the factory, Mary Dougherty of Bayfield doesn’t believe the DNR will be able to stop pollution from the factory that is slated to house about 25,000 piglets and hogs. She fears the corporate hog factory will pollute the shallow waters of Chequamegon Bay of Lake Superior. Slater says Reicks View Farms is “selective in its interactions with the news media” and did not comment for his article.

St. Cloud is putting its foot down on public drunkenness. The City Council on Monday made disruptive intoxication a misdemeanor. Previously, violators would get an administrative citation, writes Kari Petrie of the St. Cloud Daily Times. The ordinance includes public and private outdoor areas. “City Attorney Matt Staehling said that would address intoxicated people who walk up to someone’s home and try to get in, thinking it’s their own house. Staehling said the change would not apply to bars or private areas that the public doesn’t have access to,” Petrie wrote.

Sure, Elisha Barno and Jane Kibii may have been the men’s and women’s winners of Grandma’s Marathon last weekend, but the real winner was Pete Gallion of Mantorville, who crossed the finish line and then asked Brianna McNair, of Lebanon, Ind., to marry him. The Associated Press reports that McNair accepted Gallion’s proposal.

Even if the timing isn’t perfect, sometimes you have to take advantage of an opportunity when it presents itself. That’s what Craig Shaw of Dexter did when he bought Chateau Raceway in January. Rocky Hulne of the Austin Daily Herald writes that Shaw has been racing since the 1980s and bought the track as a project of love rather than money. “It’s a love of the sport. It’s not a get-rich-quick thing. You definitely do it because you love it. It came along, the opportunity was there and I tried it,” he said, adding that he likes to be around the sport and he likes to be around those who are passionate about it.

What’s the secret to living past 100? It’s a question Hannah Dillon of the Albert Lea Tribune put to Margaret McColley, who will be 101 in October. McColley lives in a retirement home in Albert Lea now, but she lived on her own in Alden until last month. Her secret to her long life? “Faith and hard work,” she said, as well as a lack of alcohol or tobacco. Asked about the technological innovations she’s seen since her birth in 1914, she noted indoor plumbing and sending a man to the moon. She specifically named radio: “I could never figure it out,” she said. “That was flabbergasting.”