Today, we end our nine years of running MinnPost. We will remain active as board members and as producers of MinnRoast, but we are handing the managerial reins to a new generation of leaders.

We vividly remember that day in November 2007 when we all gathered around the desk of Corey Anderson, our web editor, and watched him press the button to distribute our first edition. (Laurie is not in the picture, because she was assigned to hawk printed copies in the Skyway. Does anyone remember the print edition? It lasted only a few months.)

Within hours of launching, we faced our first crisis: An anonymous wag published a satirical (and pretty funny) homepage called MinnToast. We quickly decided to write about the satire, and link to it, establishing two values that remain important for MinnPost today: be transparent, and don’t take yourself too seriously. (It took us a while, but we did figure out who created the satire, and it was not the Russian government. It was Tom Bartel, the publisher of the Rake, a fine magazine that is no longer with us.)

We launched MinnPost at a time when the newspapers in town were beginning to shed a lot of journalists. This created two opportunities: The audience craved serious coverage, some of which was being lost, and there were excellent journalists taking early retirement, many of whom who were eager to keep plying their trade if they could find the right platform.

MinnPost survived the recession that hit almost immediately after we launched. And we are still going strong, thanks to the support of more than 100 major donors, thousands of members, more than 100 advertisers, and a number of generous foundations. 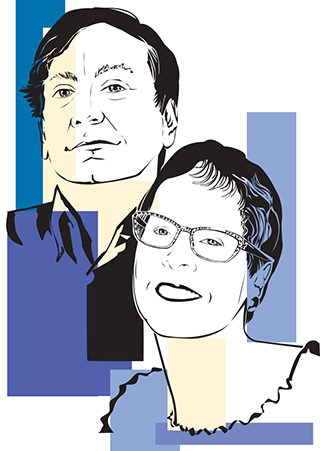 A lot has changed. The Star Tribune, which was moving toward bankruptcy back then, has emerged a much stronger (though smaller) organization, which is good for the community. Minnesota Public Radio, which had little online presence then, has invested in building its website. On the other hand, some online-only local competitors, such as the Daily Mole and Minnesota Independent, have disappeared.

MinnPost, which began with a handful of editors relying on free-lance reporters, now has seven staff writers and a dozen regular writers on contracts.

When we launched, we were excited if a story got read 200 times. Now, we have hundreds of stories each year that are read more than 5,000 times. In August, one story alone was read more than 75,000 times. And we are averaging about 1.2 million page views per month.

On launch day, we had a board of directors of seven people. Today, three dozen community leaders serve on the MinnPost board, and today Jill Field takes over as chair, replacing Jack Dempsey, who followed our founding board chair, Lee Lynch.

Along the way, we redesigned the site, modernized our logo, and published a ton of great news stories, analysis, and commentary about politics, policy, and culture in the Twin Cities and Minnesota. We have won many awards, including twice being named one of the top news sites in the country with fewer than 50 staffers by the Online News Association.

We began working with our board a few years ago on a succession plan. In 2014, we hired a publisher, Andy Wallmeyer, who today becomes CEO of MinnPost. We hired a full-time executive editor, Andy Putz, to replace the part-time executive editor Roger Buoen, whose great work over our first six years built MinnPost’s reputation for quality, depth and insight. Today, Putz takes on the title of editor. We promoted Bethany Hollenkamp from office manager to director of finance and operations as soon as she completed her MBA. And this year we added a development director, Claire Radomski. 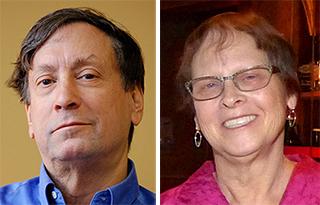 In the short term, all this new talent is creating some financial pressure, because they get paid, while the two of us worked for MinnPost without pay. But we built up enough financial reserves to handle a couple of years of losses, and we are confident that under the new leadership team, MinnPost will not just survive but thrive.

If you already support MinnPost with your membership dollars, thank you for making our coverage possible, and please consider increasing your support. If you are not currently supporting us, but you believe that what we do matters to the community, please become a sustaining member. And if you want to join our list of advertisers and sponsors, our advertising director Sally Waterman (one of our founding employees) is ready to serve you.

We won’t be coming into the office much anymore, but MinnPost remains such an important part of our lives. We are grateful for everyone who contributes to its success. We salute the next generation of leaders, and wish them and the whole staff good fortune on the next stage of the journey.

Passing the torch at MinnPost