News
Learning Curve
MinnPost’s education reporting is made possible by a grant from the Bush Foundation.
April 20, 2012

There are a lot of ways for the wealthy to give back that come accompanied by healthy doses of public recognition or an association with a warm and fuzzy charitable effort. Yesterday, the family of Wayzata philanthropist Tom Grossman and the Minnesota Community Foundation wrote a check for $500,000 to a local nonprofit that did none of the above.

The staff at AchieveMpls, a decade-old effort to channel public support for Minneapolis Public Schools, could not be more pleased. The money will pay for the organizational equivalent of an infrastructure expansion that will transform STEP-UP Achieve, its successful youth college- and career-readiness program, into a national model. 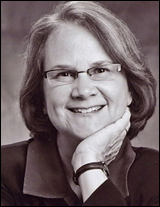 “This is money you never get in the nonprofit world,” said Achieve CEO Pam Costain. “So much of nonprofit life is just trying to make it from year to year to year. This kind of grant says, ‘We believe in you enough to invest in your foundations.’”

Think of it as the nonprofit equivalent of a visit from an angel investor.

The grant will be used to increase the organization’s fundraising, planning and leadership development capacity, to enable it to use data on students’ experiences to strengthen programming and to further expand STEP-UP, which prepares high-school students for summer jobs carefully designed to serve as the entry into a career-preparation pipeline.

(MinnPost Editor and founder Joel Kramer was the group’s first board chair but is not on the board anymore.) 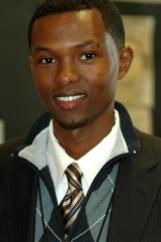 Operated in conjunction with the city of Minneapolis, STEP-UP recently received national attention as a promising model for giving low-income youth the tools to strive for and complete college. In January, program alum Hashim Yonis accompanied Mayor R.T. Rybak to a White House forum where Barack Obama praised the program.

In 2004, STEP-UP placed 200 young people with 50 local employers. This year, the program is training 2,300 students to interview for jobs with 140 employers, including U.S. Bancorp, Best Buy, Boston Scientific, HealthPartners, Allianz and Wells Fargo, where they will earn more than $3 million combined.

Virtually all participants come from low-income families. A third are asked to stay on the job after their formal internship ends, two-thirds stay in touch with their mentors and 71 percent continue their educations past high school.

Half of STEP-UP interns are the first in their family to go to college, half are immigrants and 86 percent are minorities. Training and matching each student costs just $500; wage subsidies that average $1,500 apiece are returned to the economy by their needy families.

Additionally, the program fills a vital work-force development role. In the next five years, employers here and nationwide expect to experience a shortage of skilled workers. By 2030, some 45 percent of the work force is expected to be composed of people of color, the very population most schools are failing.

Until yesterday, five Achieve staffers worked full-time just keeping STEP-UP operating. The grant will allow the nonprofit to work on several levels to target industries projected to have the biggest need for skilled workers in coming years, to coordinate high-school pathways with the kinds of work-force development programming provided by the Minnesota State Colleges and Universities System (MnSCU) and to use data already being collected for evaluation and planning.

AchieveMPLS was one of 100 local nonprofits that applied for the transformation grant, which was a joint brainstorm of philanthropist and businessman Grossman and the Minnesota Community Foundation, where he is a board member.

The idea was to enable nothing less than a wholesale transformation for the winning nonprofit by making one big grant instead of lots of little ones, and by directing the money toward investments that should help AchieveMPLS become self-sufficient.

Wayzata resident Grossman owns Metropolitan Corp. and five car dealerships and comes from a family with deep philanthropic roots, which gave him a unique vantage from which to see the appeal of the novel type of grant.

Tom Grossman serves as a board member for the Friends of the Hennepin County Library and Planned Parenthood and was previously involved with the Minneapolis Jewish Federation’s annual campaign, the Methodist Hospital Foundation and Fraser School.

Grossman and the foundation hope the grant will inspire others to consider making transformation grants.

The grant’s announcement sparked a moment of stunned amazement among AchieveMPLS’s staff, which promptly got back to work getting ready for the challenge it will enable.

“It’s a big responsibility to have someone have faith is us,” said Costain. “We’re excited — and a little daunted.”