News
Learning Curve
MinnPost’s education reporting is made possible by a grant from the Bush Foundation.
June 26, 2012

Thursday afternoon at the Minneapolis Convention Center, the line of people waiting to have their books signed snaked down the central corridor past a series of large meeting rooms where the National Charter School Convention was taking place, past a FedEx Office Business Center and behind an information kiosk where a city employee sat, mostly dispensing advice about the Mall of America. 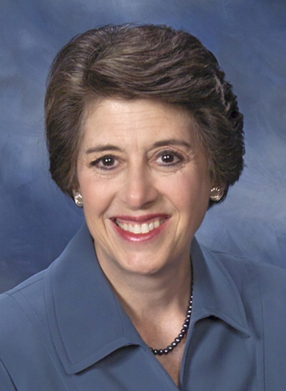 The woman in the bright pink suit at the center of it all was, in fact, former state Sen. Ember Reichgott Junge, inscribing copies of “Zero Chance of Passage: The Pioneering Charter School Story.” The people patiently awaiting an audience doubtless knew she also authored the nation’s first charter school legislation, and that her book’s recent publication was timed to coincide with its 20th anniversary.

It’s a good bet, though, that none of them knew the whole story of the law’s uphill climb. Indeed, Reichgott Junge herself didn’t. Motivated by the multiple myths and misconceptions that surround chartering, she interviewed more than a dozen people on both sides of the debate in preparation for writing the book.

The result is a remarkably compelling work, part historical narrative, part political memoir. Reichgott Junge begins at the start of the education reform movement of the 1980s, laying out the genesis of Minnesota’s post-secondary enrollment options law, which allows high-schoolers to take courses at colleges and universities, and its unprecedented open-enrollment law.

With a storyteller’s flair, she narrates the 1988 dinner at Madden’s resort where erstwhile American Federation of Teachers President Albert Shanker brought up the concept of chartering, describing how she sketched out the bill’s first rough draft on a napkin.

The following meticulously sourced 200 pages are packed not with policy speak but with the voices of advocates from a number of sectors who engage in a debate that zigs and zags from the visionary to the self-interested. And a handful of recently penned, forward-looking appendices from various players back then frame the next 20 years.

Whatever your politics and your feelings about charter schools, it’s probably impossible to read “Zero Chance” without recognizing familiar battle lines. Many of the Republican lawmakers in this 20-year-old tale would like public institutions to look more like the private sector. Labor would like the status quo or better, and DFLers who got to office with its help struggle to decide whether and when to publicly break ranks. A handful of centrist voices, meanwhile, toil, tortoise-like, for change.

Public-policy junkies and education-watchers alike will likely find “Zero Chance” both irritatingly familiar and refreshing. Good, bad or indifferent, whatever preconceived notions readers have about charters when they pick up the book, there’s zero chance they’ll close it without learning something new.

Want a taste of the war stories in the book? Or maybe Reichgott Junge’s signature on your own copy? Join her Tuesday (today) June 26 at the downtown Minneapolis Barnes & Noble, 801 Nicollet Mall, from 5-7 p.m. for a book launch party.

A number of the key actors in the story will be present, including former U.S. Sen. Dave Durenberger, who ushered through the subsequent federal charter law; his former aide and current policy advocate Jon Schroeder; current and former Minnesota Sens. Ron Dicklich and Gen Olson; former Citizens League head Ted Kolderie, to whom Rerichgott Junge gives much credit for the advancement of the concept; Milo Cutter, who opened the first charter school in St. Paul in 1992; and Joe Nathan, a nationally known charter advocate and author of several books on education reform.