News
Learning Curve
MinnPost’s education reporting is made possible by a grant from the Bush Foundation.
July 16, 2012 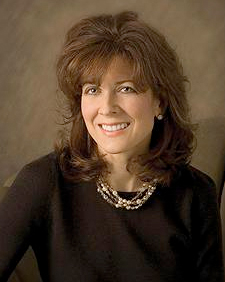 The late Philip Graham, publisher of the Washington Post, famously remarked that newspapers provide “the first rough draft of history.”

In no instance I can think of right now is that more true than the case of coverage over the last couple of years of Eden Prairie Schools’ efforts to close their academic achievement gap.

If you read only local newspaper reports (mine included) and watch local broadcasts, you probably recall this as the pitched battle between a superintendent determined to restore racial balance to the growing suburbs’ schools, white parents angry that that quest for integration meant some of their children would be bused to schools outside of their affluent neighborhoods, and the school board caught in the middle.

The Cliffs Notes version of what turns out to be a terribly rough draft: In 2009, now-vanquished Superintendent Melissa Krull and a committee of educators and community members redrew Eden Prairie’s attendance boundaries to accomplish a number of goals. The only one that earned much ink was the effort to desegregate a school that had come to serve primarily low-income immigrants and its majority-white neighbors.

Bedlam ensued, in the form of a series of ugly, racially charged meetings and threats of a lawsuit. In late 2010, the board upheld the plan. A few months later, it bought out Krull’s contract. In the meantime, a number of families voted with their feet — moving their kids to Minnetonka schools, which rolled out the welcome mat — while others decided their new or newly reconfigured schools were just fine, thank you.

(The map, in case you are wondering, did not get restored to its segregated state after Krull’s departure. Board members’ re-election campaigns, however, were another story.)

In recent months, several items of note have been published here and at the national level that put the controversy in context. The shift in attendance boundaries was part of a much larger, and ultimately much more interesting and productive, long-term effort to close the achievement gap. 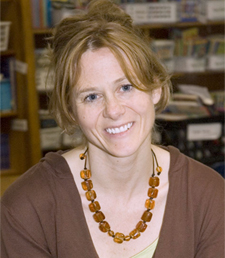 If you care at all about issues of race and equity in schools, it behooves you to read the most interesting of the pieces, by Susan Eaton of the Charles Hamilton Houston Institute for Race and Justice at Harvard Law School. Eaton’s eminently readable piece traces the decade preceding busing-gate, during which Krull and her team drilled down on the many issues confronting the district’s schools and made enviable strides toward closing its achievement gap.

In contrast to the whites vs. immigrants frame with which most local coverage was cast, Eaton approaches her piece through the lens of a Somali-American family that was distraught to learn that their student would be bused away from her hyper-segregated but beloved school, which had received special, gap-closing attention.

A shorter read is Krull’s own piece on the strides made in the years before the blow-up, published last month in the Washington Post.

“It took several years to see the full impact of this work, but by 2012 some gaps were reduced by nearly 50 percent and students of color showed sizeable achievement gains,” Krull wrote. “For example, the gap between white students and black students in reading narrowed 16 percentage points from 2008, when the gap was 42 percentage points. All of this, while the performance of our white students continued to increase.”

Finally, earlier this year Star Tribune commentator and Center of the American Experiment Senior Fellow Katherine Kersten authored a report concluding that the Eden Prairie experience was “a race-based recipe for disaster.”

Kersten was kind enough to send Your Humble Blogger a copy of her study — which I read every word of and then could not figure out what to do with. It recovers in great detail much of the same ground as Eaton’s piece, noting that gap-closing strategies were working in segregated schools.

But where Krull saw the rising test scores as a great first step that would not be sustained without equity, Kersten warns that the saga threatens to provoke an educational adequacy suit against the state with the ultimate aim of returning to the era of busing.

(Uncomfortable side note: If I had a dime for every footnote in Kersten’s study that refers to reporting done by me or my colleague Cynthia Boyd, I’d treat Kersten to a trip to Washington, D.C., where we could arrange for a healing ceremony on the steps of the Lincoln Memorial.)

In case I’m being too subtle, for fear that I’m committing the journalistic equivalent of poking a stick into a nest of ants, the same facts bolster both cases. Which means we’re back more or less where we started as a society: Can separate ever be equal?

Read and debate amongst yourselves. Me, I’m back to that rough draft business.