News
Learning Curve
MinnPost’s education reporting is made possible by a grant from the Bush Foundation.
May 9, 2014

Frank Stucki very much wants you to understand why he fears that a seemingly small change in state law will endanger the charter school he founded by making the terms of its lease unpalatable. But first you need to know something about the school and its special relationship to its space.

And you need to know that Stucki started the school in part to give back after having done very, very well in the real estate industry. Well enough that he dreams of opening several more schools around the metro area to fill the same niche as the 10-year-old Paladin Academy.

Nine out of 10 of the school’s 275 high schoolers meet the legal definition of “highly mobile,” meaning they do not have stable housing; 109 are flat-out homeless.

Some couch-surf. Some sleep in cars, some in bus stations. Often they spend the night in small groups, for safety. Poverty — a given — is usually the least of their worries. To teens forced to support themselves, a diploma is a life raft.

Yet many have people in their lives pressuring them to make other choices. So it’s important that Paladin not be outwardly recognizable as a school. It’s located in a corner of Northtown Mall in Blaine. There’s an unobtrusive front door, located in a staging area next to a dumpster, but students may enter from the mall’s interior so it looks like they’re going to Best Buy or some other store.

Inside there are spaces for learning, including a large, open “learning lab” where a 10-to-1 student-staff ratio allows for individualized help making up what’s sometimes lost years of instruction.

And there are also showers and laundry facilities and a wall of lockers large enough for secure storage. There’s a student-run “convenience store,” a cabinet stocked with Cup O Noodles and other foods that can be consumed wherever a young person lands for the night.

There are lots of couches and armchairs and area rugs, making spaces warm and intimate. It’s illegal for students to sleep here and against the rules to stay when the mall is closed, but in every other sense it’s home.

“We have kids who are one credit away from graduating” next month, Stucki said earlier this week. “We are one of the first consistent things in their lives.” 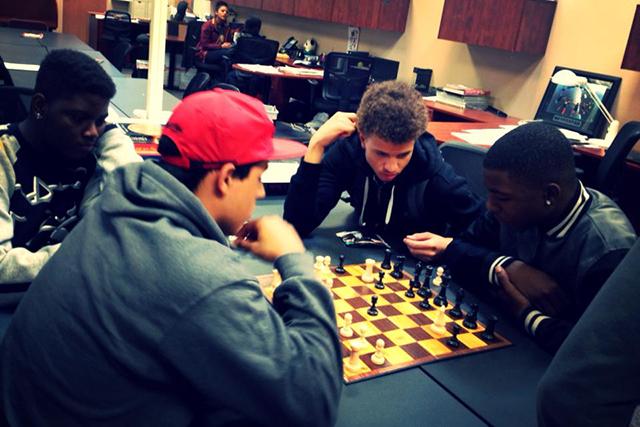 All of this comes at a price. In addition to security features that make instantaneous lockdown possible, there are complications stemming from the fact that the space is wholly enclosed within a mall. The dishwasher that abuts the student commissary, for instance, cost $20,000 to vent.

Because the space is completely windowless, there are special sunlight-mimicking lights in the central learning lab. They are powered by solar cells on the roof. Students are in the process of building green baffles containing plants that will grow under the lights into a sound-absorbing canopy.

All told, two years ago the school’s landlord agreed to put some $900,000 into expanding and customizing the space for Paladin, which pays about $460,000 a year in rent. After signing a new 10-year lease, the school invested another $300,000 from its reserve fund.

This is where the story gets complicated. For a complex set of reasons, Minnesota requires charter schools to lease their spaces, albeit in many cases from a corporation or other legal entity established for the sole purpose of owning or constructing the building.

State “lease aid” dollars pegged to enrollment offset the cost of renting. Because of this the state Department of Education reviews schools’ leases every year.

The number varies according to the actual student body, but Paladin gets about $400,000 a year in reimbursement. That’s the equivalent of nine teacher salaries — money the school could not make up elsewhere.

Many charters rent from school districts or other owners of shuttered schools. The Archdiocese of St. Paul and Minneapolis leases more than a dozen former parochial schools to charters.

But in the commercial realm, charter schools are not prized tenants. They require costly renovations and their fluctuating reimbursement means frequent adjustments to leases’ rent clauses. And they can be closed for a host of reasons.

In 2012 and 2013, two cases involving charter closures made their way through Hennepin County District Court. Both involved the schools’ leases, albeit tangentially.

In one [PDF], a judge found a number of irregularities in the relationship between the Hmong American Mutual Assistance Association that bought a dilapidated building, the Hmong charter school it started and leased the property to, and a consultant who set up and oversaw the arrangement.

In the other [PDF], a charter sued its authorizer — the organization that approves its existence and is responsible for overseeing the program’s quality. Among the complaints the underperforming school raised in the unsuccessful suit: Its authorizer allowed it to ink a new 10-year lease eight months before ordering its closure.

Here the story gets even more complicated. The state Department of Education (MDE) interpreted the decision in the case of the Hmong school as a call for an extra layer of protection in charters’ lease arrangements, according to Kevin McHenry, the MDE assistant commissioner who oversees chartering.

In response to MDE’s concerns, the 2013 Legislature passed a law requiring charters to negotiate “escape clauses” in their leases beginning in 2014. The provisions must say that if a charter ceases to operate, its lease becomes void.

Attorney John Cairns was among those who protested. One of the architects of Minnesota’s 1991 charter school law, Cairns negotiates charter contracts. He shared the Minnesota Association of Charter Schools’ concern that the word “escape” could make landlords reluctant to enter into the leases.

Beyond that, however, Cairns saw nothing in either decision directing or advising MDE to do anything, never mind that the department wasn’t a party to either suit. He read one of the decisions simply as a last-ditch effort by a failed school to stave off closure and the other as a matter of a conflict of interest between a school and its landlord.

In a series of meetings around the state, MDE assured charter operators it was willing to entertain requests for different language that would assuage their concerns about the escape clause, said McHenry. Before this year’s legislative session, the department and the MACS, the larger of two local charter groups, negotiated a change to the law calling the provision a “closure clause.”

That change was approved by the state House of Representatives last month and included in the conference committee report sent to both legislative chambers. This means its passage is all but certain.

“We want to make sure lease aid and other tax dollars are going for educational purposes,” said McHenry. “Having this protection in place, it’s following what the court said we should do.”

He is frustrated that Cairns and some of the landlords affected haven’t proposed an alternative. But for his part, Cairns has been steadfast that it is the clause itself that’s unacceptable — and unnecessary.

When a charter closes, its financial affairs are settled in exactly the same way as any concern that goes out of business. If there is any money left over, it is distributed to the school’s creditors.

If a closure nullifies the school’s lease, that means the landlord can’t join the other creditors seeking a share of what’s left, Cairns argued. Which makes the schools even less attractive as tenants.

He has company. “This is not the kind of provision that landlords are used to seeing in their leases,” said Craig Kepler, a real estate attorney who also works with charter schools. “It’s going to raise eyebrows.”

Leases typically spell out the terms by which a tenant must vacate the premises, the condition in which the property must be returned and other tenant responsibilities, he added: “This essentially excuses tenants from those obligations.”

Adding to their frustrations, while the law applies only to new contracts, because of wrinkles in the way charter lease aid is calculated by the state it is likely to end up affecting every existing lease in the state. Most charter leases are structured so that the rent adjusts along with the size of the student body, which determines the amount of state aid.

These adjustments, reviewed by MDE each year as a part of the aid process, essentially renders the contracts new. Which means that when Paladin applies for its lease aid this year, it will have to go to its landlord and ask for a closure clause.

(The same landlord, it’s worth noting, that agreed to wait more than two years on its rent checks until the state’s budget-balancing shift in school funding was repaid.) 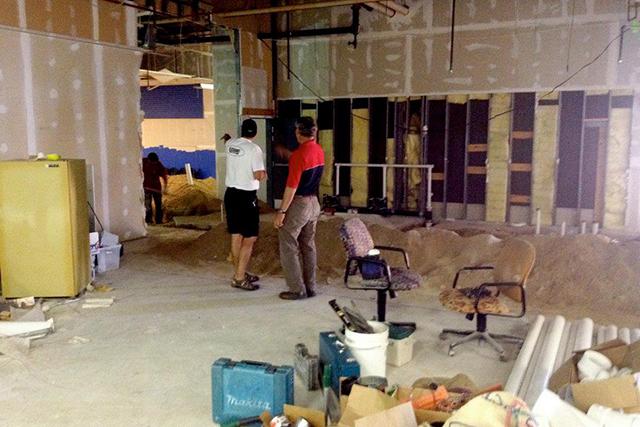 It’s hard to imagine that the mall’s owners, having invested heavily in making the school’s space habitable by its unique students, will say no. But it’s also less likely that a commercial landlord would say yes to such a request in the future, said Stucki, who has hopes of opening similar programs in other parts of the metro area.

No alternative for charters

Nor do charters have an alternative, added Paladin Executive Director Leisa Irwin. “We don’t have the ability to raise a levy or to build our own building,” she said.

Even if they formed a second organization to act as landlord, they would have to borrow, said Stucki.

“We couldn’t go to the bond market and present them with that kind of lease,” he added. “What’s the bank gonna say? I can void the contract at any time because the state forced me to put in this escape clause?”

Contract headaches notwithstanding, Stucki is determined to make it work out.

“This is a passion for me,” he said. “We’re inspired every day by the resilience of these kids.”