News
Learning Curve
MinnPost’s education reporting is made possible by a grant from the Bush Foundation.
June 16, 2014

On Tuesday, a District Court judge in Los Angeles issued an opinion that was essentially a shot heard round the world. In Vergara vs. California, nine schoolchildren argued that California’s very protective teacher tenure laws violated their constitutional right to a quality education. Judge Rolf M. Treu concurred.

During a month-long, closely watched trial, the pupils argued that the very small minority of California teachers who were highly ineffective were clustered in the poorest, most challenged schools. And that California’s long, expensive and fraught process for dismissing consistent underperformers in practice kept them in those classrooms.

“Substantial evidence presented makes it clear to this court that the challenged statutes disproportionately affect poor and/or minority students,” Treu ruled. “The evidence is compelling. Indeed, it shocks the conscience.”

The decision is stayed while state officials figure out whether they want to appeal it. Also unknown is whether the California Teachers Association, which was granted permission to intervene in the case, will attempt to appeal.

Most states, Minnesota included, have a constitutional provision that guarantees residents an adequate education at a minimum. The lawsuit that prompted the Minnesota Miracle, for instance, was based on this right. Over the past decade, public education advocates here and elsewhere have filed such suits or have discussed doing so.

Minnesota lacks many of the highly protective features of California’s teacher-tenure laws. But it is one of a handful of states that mandate teacher layoffs be conducted strictly according to seniority. Two years ago, Gov. Mark Dayton vetoed legislation mandating the use of other criteria, as well.

With his law partner Roberta Walburn, Minneapolis attorney Mike Ciresi is one of those who has researched and written about this kind of litigation.  MinnPost asked Ciresi for his take on the Vergara decision. A transcript of the conversation follows.

Because Ciresi very directly calls out Education Minnesota in the interview, MinnPost has reached out to union president Denise Specht. It is our plan to run a similar Q&A with her in this space as soon as possible.

MinnPost: What does the Vergara decision mean?

Mike Ciresi: What it means is that in California, statutes have been found unconstitutional, so they’ve got to go back and either revise them or negotiate a different set of rules with regard to tenure and teacher advancement within the system.

From an overall standpoint what we’re facing here is there’s been an intractability on the part of the teachers’ unions to address these issues from a realistic standpoint. When you don’t undertake to change things that need to be changed yourself, somebody else eventually comes in and forces the change. And that’s what’s happening.

MP: So does it in fact do away with tenure? 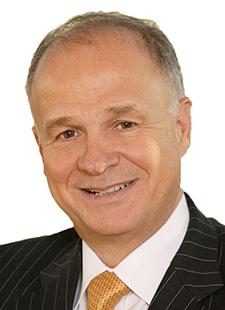 In California they had to consider tenure. That was not the sole consideration but it was a major factor. So they have to go back and redo that.

Look, at the outset it’s not just the teachers that have led to this failure of learning in the educational system. The teachers are sort of an easy target for a lot of folks.

I think we have to step back a little bit and say, you know, education is really a three-legged stool which includes the teacher and administration, the student, and the parents. And all of those have to be fulfilling their role in order to have an effective educational system.

A lot of the movement, and rightfully so, has been directed toward the teachers because there are these intractable rules that prevent administrations from removing totally incompetent teachers. Which are a very small percentage of the overall teachers, but they’re there and they’re clogging up the system.

Most importantly, they are in the schools where you have the lowest socioeconomic students. So the kids who need the most help are saddled with some of the worst teachers. And that’s true in every school system.

There’s a constitutional provision [regarding education] in Minnesota. We actually looked at whether we should bring an action because kids are not getting educated.

And that’s what’s happening in our educational system. And it’s primarily happening with children of color. We need transformational change, and we need it with a sense of urgency. It’s not happening. And so you’re going to see, I think, a raft of cases like this across the country to address this aspect of the three-legged stool.

We also need to have a clarion call to the parents. They’ve got to be involved, they got to demand that the schools educate their children. And they have to make certain that they’re filling their roles as parents.

MP: In the California decision, the judge recognized the right to due process, correct? Can you talk about whether there’s some middle ground here between what he called uber due process and none at all?

Ciresi: Seniority can be a factor, and speaking from my own viewpoint, it should be a factor. But it should not be the determining factor in whether the teacher stays in her or his position. And “last in, first out” should be eliminated. I think it’s absolutely essential that that be eliminated.

But I do believe that through negotiation, the administration and the teacher unions should come together and find a way to compromise on these issues and make it workable. You can do it.

It’s just like site-based leadership. It shouldn’t be dictated down from the top. Obviously principals have to be involved, but you can do it. Various districts are attempting it, Minneapolis and St. Paul. So we are making progress in those areas.

But the teachers union, Education Minnesota, has been intractable on these issues. And they’ve got to get to the table and be realistic about it.

But ultimately they’re all about their members. That’s their job. I don’t mean that in a negative sense. And the administrations and the school boards have to understand that they have a job.

And many times we see school board candidates endorsed by a party or parties. And it’s primarily the Democratic Party, and they tend to side with the union because it’s the union that supports them in their elections. And they don’t discharge their responsibility as a school board.

MP: There been repeated attempts in the state to address some of these issues legislatively. They have all failed. What are the dynamics of moving away from the Legislature and into the courts?

Ciresi: I think if the Legislature does not address these issues — and it’s my party, the Democratic Party, that’s in control and that is supported by Education Minnesota — then the courts are going to get involved, because somebody is going to bring a lawsuit here. And we have a very strong constitutional provision.

And I always say as a trial lawyer, the last place you want to be is in the courtroom because you’ve taken the decision-making process out of your own hands and placed it in the hands of a third party, a judge or jury.

That’s what’s going to happen if they don’t address these issues and get to the table. And that’s not the way it should work. It really should be a process of negotiation.

MP: The Star Tribune carried a story that suggests that the California entrepreneur who bankrolled the Vergara suit would be willing to come here. Is that something you would favor?

Ciresi: I favor the process working. But the political process is so broken, not just here but across the country. It’s not that I’m cynical that it won’t work, but I’m highly skeptical. If it doesn’t work, then he may come here. And as I said there’s this very strong constitutional provision that would aid that type of lawsuit.

MP: Here’s what I was fishing for: Is there any danger to the headline that says, “Billionaire from California Pays for Lawsuit”? Is that a credible way to address this?

Ciresi: You always attack the individual because they’ve been successful. Or they have a lot of money or this or that the other thing. Let’s look at the merits. I suppose if he came to Minnesota that would be part of the headline, because that’s how the other side would pitch it.

We can’t deny that we’re failing our children of color. We just can’t deny that. The issue has been studied to death. We don’t need to study it anymore. We’re failing. We lost generations of kids who have not been educated.

If people just look at this from their own self-interest, it’s not in their self-interest. In St. Paul, approximately 30 percent of the school-age population is Caucasian. The rest are children of color. This is our economic future.

In Minneapolis we have a very high percentage of children of color. They are going to be the leaders of our state very soon — within 10 years, 15 years. They’re going to be the ones who drive our economy. And unless we educate them, we’re going to fall behind dramatically.

When I say to people is, if you don’t want to look at it as being right — which I think it is, I think it’s the civil rights issue of our time — look at it in your own self-interest.

As I said, I don’t think all of the cause of that ought to be placed on the teacher’s head. When I ran for [U.S.] Senate, I ran into teachers in every village, town, city in Minnesota. The overwhelming majority are outstanding. They were digging into their own pockets to get supplies for the kids.

We have to be very careful how we discuss these issues. And we have to get away from the blame game and look at how do we more effectively advance quality people within the system. And one of the ways to do that is to eliminate bad teachers, and you can’t tell me there aren’t bad teachers.

Basically, the union takes the position that there are no bad teachers. They won’t say that directly but in effect that’s what their policies are. It shouldn’t take years to eliminate inadequate teachers from the classroom. It’s part of the solution, and has to be addressed. And it is within their power to help address that.