News
Learning Curve
MinnPost’s education reporting is made possible by a grant from the Bush Foundation.
Oct. 27, 2014

When the last ballot has been counted, 2014 may well go down in Minneapolis School Board electoral history as the year of crazy extremes.

There’s the four-alarm-hot, four-way race for two citywide board seats, a contest that is likely to see an unprecedented $250,000 in spending — more than most legislative races. Catapults have been used to hurl the mud in this one.

And then there’s the other contested race, one that’s received scant attention outside of community media and seen spending that would scarcely cover snacks at a handful of meet-and-greets. It’s playing out in the southern half of south Minneapolis, where both candidates are well liked and respected.

The three winners will each get the same single vote on the nine-member board for the next four years. Each will have the same amount of potential influence over the pieces of business and policy, large and small, put before the board.

So what’s the difference? Good question.

The hysteria factor may be lower in District 5, which stretches from Interstate 35W to the Mississippi River south of 36th Street. But the dynamics that have shaped the contest are no saner.

The personal backstories of both candidates start from the same experience: A rocky stretch in high school when the support of teachers was everything.

For Nelson Inz, the frontrunner, the rocky stretch involved his father’s struggle with Huntington’s disease. For Jay Larson, it was his parents’ divorce. For both, school was a refuge.

Both grew up to move into a swath of the city where young families flock. Home to many of the district’s “sleeper” schools, programs that with care and feeding stand a chance of remaining some of the most integrated and academically successful.

Inz went on to teach high-school social studies at Great River Montessori in St. Paul. Politically active, he has volunteered for a number of campaigns, pushed for an increase in the state’s minimum wage and ran unsuccessfully for the Minnesota House of Representatives in 2011.

After a stint in broadcast promotions, Larson went into funeral services. Determined to find a way to keep his neighborhood school, the Keewaydin campus of Lake Nokomis Community School, vital, he led the successful charge to find a way to overhaul the building at the height of the recession. His strength, friends and neighbors say, is keeping people at the table during tough times.

Each were encouraged by elected officials

When outgoing District 5 board member Alberto Monserrate announced he would not seek re-election this year, both men were encouraged by current school board members and other elected officials to run. And both were buttonholed right out of the gate based on their résumés. 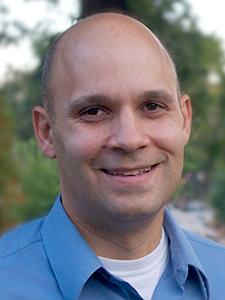 In the weeks before last spring’s city DFL endorsing convention, there were quiet murmurs of suspicion from organized labor about Inz, because the school where he teaches is a charter. As soon as people began actually talking to him, however, it became clear that he supports the unionization of teachers at charter schools. Inz also has the support of DFLers who hold divergent views on hot-button education issues.

Larson was having a parallel experience. One stream of chatter had him pegged as a right-wing evangelical because he used to work for Salem Communications, the broadcasting company that owns the conservative talk station The Patriot, among others.

The other line of talk suggested that Larson’s support for incumbent Rebecca Gagnon, one of the candidates in this year’s electrified citywide race, suggested that he wouldn’t support reforms opposed by the teachers union. Gagnon, he says, was a tireless supporter of his community’s efforts to make Keewaydin attractive enough to enjoy strong enrollment.

Which is where the two men’s stories begin to diverge. Larson, who describes himself as not at all political, quickly found the experience of being a candidate to be “horrible.” He left the May DFL endorsing convention bruised and up against common wisdom that his resounding loss to Inz on the first ballot meant he wasn’t a viable candidate. 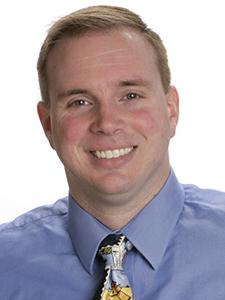 Few of the approximately 120 delegates, he said, wanted to hear about his record or his views, instead depicting him as a Christian conservative.

“Man, were people focused on that,” Larson  recalls. “It was all they could talk about. I was like, ‘This is not about what I’ve done, this is about politics.’”

Worse, he says, “It was teachers at the convention throwing me under the bus.”

What little attention the District 5 contest has gotten in the wake of the convention has presumed DFL endorsee Inz a shoo-in, a likelihood furthered Friday by an endorsement from the Star Tribune.

According to campaign finance reports, Larson’s campaign has not raised or spent a cent. As of the October filing date, Inz had raised a little more than $7,000. Many of his donations were from labor unions or staunch union backers. Another sizable chunk are loans from Inz himself.

To be clear: Neither man is thrilled with the story line that has been attached to his candidacy. And both are liked and admired by District 5 residents who are active in education.

There is, however, widespread disappointment that the over-before-it-started nature of the race runs the risk that people will once again end up voting based on stereotypes that haven’t been borne out following past races.

Two years ago current board member Josh Reimnitz was depicted as a carpetbagger who would seek to bust the teacher union and privatize the city’s schools. He has instead turned out to be one of the board’s quietest members, spending his energy building relationships.

Meanwhile several board members who were believed to be staunch protectors of the teacher union spent the last 18 months standing resolutely behind the superintendent’s campaign to negotiate a precedent-setting contract with the Minneapolis Federation of Teachers, among other “reform” moves.

For the record, Larson would like voters to know that his career in radio ended almost a decade ago and that he worked in promotions: “I was the guy who had to go to the festivals and set up the tables and hand out the swag.”

He is a Christian but believes in the separation of church and state. He is not a conservative. He had coffee with Inz when he was considering a run and only filed because he was concerned about Inz’ lack of experience with MPS.

For his part, Inz wishes the union-charter story line would go away, too.

“The first thing people asked when I was first running was which ‘camp’ I see myself in,” says Inz. “Teachers are teachers — I don’t know what to say. This is the job I got when I got my license. I’ve applied for jobs that were not with charters. And I am pretty happy with where Great River is now.”

Yes, he believes in organized labor “in a big way,” Inz continues. And he believes the board’s role in the labor-management relationship is oversight.

Inz traces the din of the hysteria to the erosion of faith in public education. “People think the schools are working for someone other than them because of the division and the disparities,” he says. “It doesn’t really matter who walks through the doors of the school. It’s our obligation to educate them.”