News
Learning Curve
MinnPost’s education reporting is made possible by a grant from the Bush Foundation.
Nov. 5, 2014 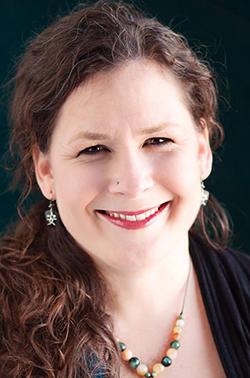 At about 9:25 Tuesday night the number of precincts reporting in the Minneapolis School Board race jumped, in a single digital gulp, from 86 of 127 to 126 of 127. In seconds, the most expensive, most ripped-from-the-headlines, most divisive contest in the history of the board was over.

Incumbent Rebecca Gagnon and former City Council Member Don Samuels won the four-way race for two at-large board seats chosen via a citywide election. Until the mathematical margin had been reached, few were willing to predict how the race would come out.

The heartbreak was acute at the warehouse district offices of the Service Employees International Union (SEIU), where supporters of Iris Altamirano, narrowly edged out of victory, arrayed themselves in a circle around her.

A woman who worked in the fields in Texas at the age of 9 and went on to earn an Ivy League degree, Altamirano had come within 2 percentage points of a seat. This despite her opponents’ much higher name recognition and political skullduggery that would send Machiavelli scuttling back to his crypt for safety.

At least half a million dollars had been spent to influence the race, and it wasn’t clear that Altamirano benefited. In the run-up to the election, the DFL had threatened to pull the labor-financed campaign on her behalf.

And a last-minute expenditure by an independent group that received six-figure donations from former New York Mayor Michael Bloomberg and other education reform proponents forced her to combat an avalanche of negative publicity.

“We did drive a good conversation,” Altamirano told some 30 supporters. “I was hoping we could say we changed the game, but the game was rigged.”

The candidate was crying, and so were most of her supporters, including a Who’s Who of the Twin Cities Latino community. Outgoing board member Alberto Monserrate stood to one side, Minneapolis DFL Sen. Patricia Torres-Ray to the other. Around them were teachers and the security guards and janitors the SEIU represents.

“The images we were seeing were dollar signs,” continued Altamirano. “But we represented janitors’ kids.”

Until the 126th precinct was counted, it seemed as if the SEIU political organizer might win enough support from the “camps” supporting Samuels and Gagnon to win a board seat.

In a polarized race she spoke compellingly of the need to balance the benefits of an organized and protected teacher corps and the ways in which traditional labor politics fail black and brown children.

While Altamirano’s supporters consoled one another, five victory parties were under way. In the board’s geographic District 1, incumbent Jenny Arneson ran unchallenged. In District 2, Siad Ali also ran unopposed. In District 5, Nelson Inz bested Jay Larson in a contest that for all practical purposes was settled at the DFL endorsing convention last May.

Conventional wisdom — which has frequently proven wrong when it comes to education — says that the 2014 election created a five-member majority on the nine-member board that will not be aggressive in pushing for the reforms that district administrators and education policy leaders believe will close the academic achievement gap. 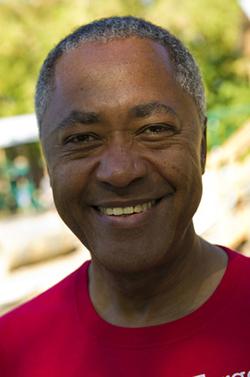 The new board will renegotiate the district’s teacher contract, which has been a barrier to many of the changes sought by Superintendent Bernadeia Johnson’s executive team. The leaders have been swimming upstream to implement changes that could help close some of the nation’s widest racial gaps.

Beyond the contract, however, MPS is likely to be confronted with even thornier questions about the district’s willingness to continue sponsoring charter and site-governed schools, to make a radical shift in how money follows students and to change aspects of the teaching culture.

The tug-of-war over the proposed changes has dogged the district for the better part of a decade, with political will among board members to push change waxing and waning. Because the Minneapolis Federation of Teachers (MFT) has traditionally controlled the endorsing process in a one-party town, money has accompanied the tensions.

In 2010, spending on one race topped $36,000. In 2012, an ugly contest between a former Teach for America teacher — perceived because of his résumé as a change agent — and a woman who received heavy teacher union backing nearly doubled the past cycle’s spending.

This year, the budget for the Minneapolis DFL’s coordinated campaign was said to be $140,000. Add to that spending by the state party and the MFT, as well as the loan of staff by the state teachers union. Much of the money came from the MFT’s national parent, the American Federation of Teachers.

Traceable spending by the party and labor likely topped $250,000. Gagnon enjoyed the same union-funded support even though she chose not to seek labor endorsements.

Three organizations raised funds and made independent expenditures — spending to influence an election that is not coordinated with or even communicated to candidates. Those expenditures likely topped $300,000. 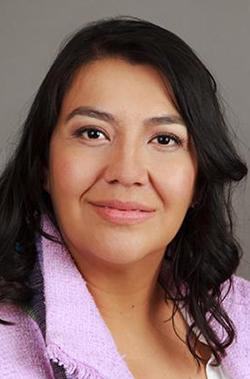 As the No. 3 finisher in the August primary, Altamirano needed to campaign for support among voters who backed both frontrunners. The city DFL threatened to pull its financial support for her campaign after Altamirano attended events where Samuels was present.

No sooner had that tempest died down than Altamirano was forced to decry a negative campaign mailer paid for by one of the independent expenditure groups criticizing Gagnon.

“This proves what I have been saying,” she said at a press conference outside the heavily Latino Green Central Elementary a few days before the election. “We desperately need a new conversation about education in this community.”