News
Learning Curve
MinnPost’s education reporting is made possible by a grant from the Bush Foundation.
Jan. 16, 2015

A year ago, 18-year-old Rojelio Castillo thought he’d be lucky to get a GED. Today, thanks to a novel collaboration by six St. Paul schools, Castillo is not only on track for a diploma, he has several college classes under his belt.

There’s a mountain of evidence that exposing high school students to college-level rigors has a dramatic impact on achievement. Yet rarely are the students who most need such a boost the ones who are encouraged to take the challenge.

Take Castillo. When he started high school at St. Paul’s Highland Park, he was placed in the school’s rigorous International Baccalaureate program. Assuming things were okay and preoccupied with life at home, he stayed in the program for two years.

At the start of 11th grade, though, he saw that his schedule was composed of regular classes. So he went to talk to a counselor to figure out what happened. That’s when he was informed that he had failed both years of the IB program.

Castillo was shocked. Sort of. The summer between eighth and ninth grades, his long-precarious living situation toppled all the way over. His father was incarcerated and his mother “just left,” pushing him into foster care.

Castillo eventually got himself placed in the custody of his sister, a dramatic improvement, but one that also meant he had to rush home from school everyday to take care of her kids. “School was not the No. 1 thing on my mind,” he concedes. “My family always said, ‘You’re going to be the one to take us out of the ‘hood.’ [But] we live in this structure where things get beat out of us.”

After a few months of trying and failing to catch up, Castillo enrolled himself at Gordon Parks High School, a St. Paul Public Schools program for teens and young adults struggling to finish. Upon hearing that Castillo loved to write, the school’s debate coach and speech teacher Thomas Zachary announced he was going to push the young man. “Now, if you want to learn to write essays,” Zachary told him, “we’ll teach you to write essays.”

Castillo was enrolled in three English classes in College in the Schools, a program that pairs high school teachers with college instructors. Succeeding at college-level work and earning tuition-free credits made both diploma and degree seem like more than a fantasy. “The fire that was within me got reignited,” he says. “I’ve applied to St. Thomas and to Yale. Shoot for the stars; why not?”

In the 2010-2011 school year, five Gordon Parks students were enrolled in dual-credit classes, which can take several forms. Sometimes the classes are co-taught by college and high school faculty and take place in the high school. In some, high school students attend classes on a college campus or virtually.

Last year, the number of dual credit participants at Gordon Parks rose to 57, or one-fifth of the student body. And with the school developing new qualifying courses, participation should go even higher. 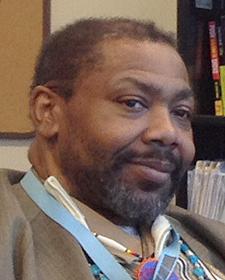 The brainchild of the local nonprofit Center for School Change, the dual credit effort has boosted the number of students taking the advanced courses in six St. Paul schools — four mainline district and two charters — by at least triple digits in each program. In three of the schools, at least half of 11th– and 12th-graders are enrolled.

There is extensive research showing that students who take dual-credit classes are more likely to complete both high school and college. The impact is especially profound for students who are low performing, who are low-income or who are the first in their family to go to college.

Participation in dual-credit courses also allows students to complete remedial work before enrolling full time in college, where they will have to pay for the classes, which do not earn credit. And dual-credit participation can save a family thousands of dollars — or more — making college much more affordable.

Having a path is key

The trick is getting students to try the classes, says Joe Nathan, director of the Center for School Change and one of the state’s chief advocates of expanding dual-credit programs. “The role of the adults is critical,” says Nathan. “When teachers say, ‘You should try this,’ it’s very important.”

In Castillo’s case, the magic ingredient was having an adult point out he could both catch up and excel. For other students, having a deliberate pathway is a game changer.

A few years back, Bonnie Boyd noticed a disconnect at the school she leads, St. Paul Public Schools’ program for pregnant and parenting girls. After watching one cohort after another scale mountains to graduate from AGAPE High School, Boyd and her colleagues believed their girls were off to college in the fall, followed by bright futures.

But it turned out that for many, the Minnesota State Colleges and Universities System (MNSCU) placement test that determines whether a student needs remedial coursework was an impossible hurdle. Entrants typically take it in August, months after they leave high school. Confronted by a snare of red tape, students’ best-laid plans would whither.

Before the St. Paul collaboration, Junior Pa Cha Vang might have been one of those August casualties. She took the placement test as a sophomore last year, and then, for free, the two remedial classes she needed at AGAPE in conjunction with Inver Hills Community College.

Vang has a 2-year-old and a 6-month-old. If her need for remedial classes had been discovered after graduation, she could very well have lost her child care subsidy and the other benefits the county provides her family so she can work and go to school.

Vang passed both of her remedial classes, so this year she is taking classes for credit, both at AGAPE and at St. Paul College. Next year she hopes to use another dual-credit program, Post Secondary Enrollment Options, to take classes at Metropolitan State University. After graduation, she plans to pursue a degree in business management and human resources there.

AGAPE classmate Kenya Montes is a senior and the mother of a 2-year-old. Her family came here from Mexico when she was 2. She is currently protected by the DREAM Act’s Deferred Action for Childhood Arrivals (DACA) provision.

Montes’ faces two hurdles: The first is that if she interrupts her education her immigration status is threatened. The second is that even though she is enrolled in DACA her status prohibits her from filling out the federal student aid form.

If she could fill out the form, she would qualify for The Power of You, a program that allows low- and moderate-income Minneapolis and St. Paul students to enroll in the Minneapolis Community and Technical College or St. Paul College for free.

At AGAPE, Montes was able to complete both her remedial classes and several credit-bearing ones. She will use her remaining time in the program to earn a nursing assistant credential at St. Paul College so that she has a fighting chance to both care for her child and pay for higher ed after she graduates.

When she gets to college, Montes will have 12 credits in Spanish she earned by testing out of it, as well as whatever she earns from her work at AGAPE.

When Nathan conceived of the collaboration, he had several goals. One was to bring school leaders together to design the dual-credit programs that best meet their students’ needs.

Boyd’s students’ needs can be so complicated she wanted multiple offerings. At Gordon Parks, classes had to be designed to run in three-week segments like the rest of the high school’s programming. (Because its students are continuously enrolling and have already lost valuable catch-up time, Gordon Parks divides its nine-week quarters into three segments worth a third as much credit.)

Relying on funding from the Otto Bremer Foundation, St. Paul Foundation, Travelers Foundation and Frey Family Foundation, the Center for School Change wanted the effort to be a true collaboration. To that end, for each of the last three summers they have convened faculty from participating high schools and colleges to design courses together. Leaders of the schools are spending time in one another’s programs, taking note of what’s working.

The high school teachers get a better idea of what college readiness looks like and the higher ed instructors have support learning how to work with younger students.

The first year, the instructors created custom offerings for participating schools in reading, writing and math. Last year they worked on biology and American government.

“Males, low-income, and low-achieving high school students all appear to benefit from participation in dual enrollment to a greater extent than their dual enrollment peers who enter college courses with more social, economic, and educational advantages,” a 2008 Columbia University Teachers College study suggested. “These findings indicate that dual enrollment can benefit a range of students, and may have the greatest positive impact on those students who are often excluded from participation.”

Though the collaboration is grant-funded, Nathan designed the dual-credit programming to be self-sustaining. The state pays students’ tuition for eligible Minnesota ninth- through 12th-graders.

One of the barriers to greater participation has been the reluctance of schools and districts, which often see the programs as a mechanism for siphoning off their per pupil aid, to push accurate and easy-to-understand information at students and families. Indeed, one of last year’s more cynical legislative back-room deals involved a failed bid to curtail the amount of information given out about the program.

Because of this, another step Nathan and colleague Marisa Gustafson have taken is to create a series of videos. Student testimonials cover the benefits, and also depict how participants’ self-image changed as a result of mastering the work.

A case in point is Castillo’s classmate, Teresa Mota. At Central High School, Mota heard the same frustration over and over from her teachers: “You’re here, you know your stuff, but you don’t do your homework.” At Gordon Parks, Mota is a debate star. “Coach [Zachary] really saw my potential,” she says.

The advanced work is hard, she adds, but not that hard. And the confidence she’s gained makes her more interested in her future. “Basically, it’s knowing I have to be an adult and I have to take care of my business myself,” says Mota. “Like Coach says, don’t leave the house if you’re not ready to be No. 1.”