News
Learning Curve
MinnPost's education reporting is made possible by a grant from the Bush Foundation.
Feb. 5, 2015 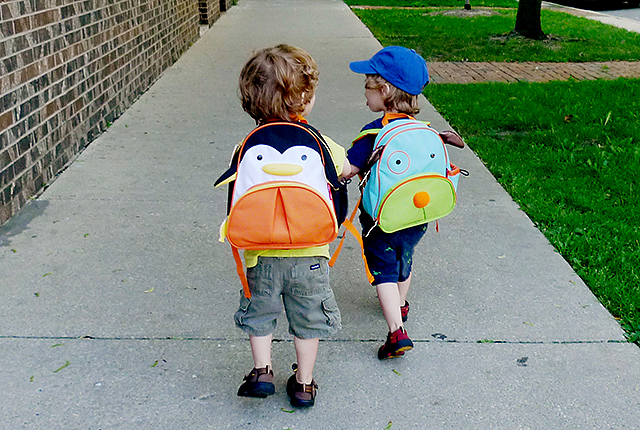 Following a dozen years of painstaking groundwork by its advocates, early childhood education is finally a marquee item on Minnesota’s political agenda.

There is a surplus of at least $1 billion on the table. Gov. Mark Dayton and his Capitol partisans have declared education their top priority when it comes to spending it and preschoolers the first kids in line.

So how come it seems clear that before the session’s over someone’s going to end up stuffed into the business end of a Diaper Genie?

It’s not the GOP control of the state House of Representatives. Fresh on the heels of a midterm where education was the only thing anyone wanted to talk about, Republicans seem poised to play along. Incredibly, their beef du jour with the governor is not doing more to make up for the education funding shortfalls of years past.

A broad swath of the state’s early-ed community would like to pump $250 million into a system designed to help the steer the poorest families to programs that have proven they prepare kids for kindergarten. Right now there’s only enough money to serve one in 10 eligible kids.

Gov. Mark Dayton and a number of DFL lawmakers, including the Senate Majority Caucus, would prefer to create universal, public-school-based preschool for all 4-year-olds, regardless of income. The proposals on the table also direct modest funds to Head Start and other pre-K efforts, but do not add to the scholarship fund.

The DFL proposals echo an Obama administration call [PDF] for universal preschool for 4-year-olds, although the version under discussion in Congress and at the U.S. Department of Education would not be limited to programs run by mainline school districts.

Lost on no one is that what’s being determined is how hundreds of millions of dollars will be spent year after year going forward. The philosophical divide is driving a wedge between members of the education community who are typically allies.

Although the scholarships have not been a priority in Dayton’s previous budgets, the governor took pains during his first biennium to enshrine the approach structurally in state law. During the second, he turned the taps enough to get the system moving — something early-ed advocates read as a sign that when money became available it would come their way.

With incentives for providers to invest in quality and a clear means for parents to find good programs, the system earned Minnesota a $45 million Race to the Top grant. Other states and cities are copying the approach.

So why shift tacks now?

“I personally have not heard a direct answer to it,” said Frank Forsberg, a senior vice president at the Greater Twin Cities United Way and chair of the executive committee of the group behind the scholarship push, MinneMinds. “It could either be a flat-out change of belief or pressures coming to bear.” 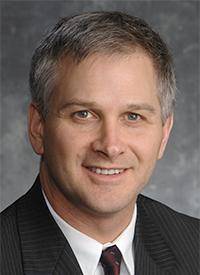 That’s the closest anyone in the early-ed community will come to noting that Dayton’s $109 million proposal would essentially establish a 14th grade in Minnesota schools, which translates to lots of good jobs for members of Education Minnesota. Universal school-based pre-K is the top item on the teacher union’s 2015 legislative wish list.

Indeed, a state survey of the scholarship program conducted last month shows that of the more than 4,700 scholarships awarded to date, 800 have been used to fund preschool slots in Head Start and 2,200 at district schools.

A short history lesson is in order. In 2003, then-Gov. Tim Pawlenty slashed state child-care funding — then viewed almost exclusively as subsidies to allow poor mothers to work — to the bone. If the pre-K community wanted what he viewed as welfare back, they would have to prove it was a good use of tax dollars, he said.

Using money ponied up by a coalition of civil, philanthropic and business leaders, early-ed advocates set about first defining high quality and then measuring its outcomes in terms of kindergarten readiness. Research by Minnesota economist Art Rolnick and others showed that public dollars spent getting poor children into good programs had a return of 16 to one.

Looking at the combined research, the Minnesota Early Learning Foundation concluded that the best way to increase both the number of quality programs and the poor children who could attend was to make scholarships available. The higher a program’s rating, the higher the scholarship a family could use there.

The scholarships are separate from the state’s traditional child-care subsidy program. Neither pays the full cost of attendance at many programs. Part of the idea was to bridge the gap so low-income families were not forced to choose the least expensive options.

Results from a three-year pilot program paid for by the foundation showed the program worked, and during Dayton’s first year in office it started out with strong bipartisan support at the statehouse. Nonetheless it died a middle-of-the-night death after a group with ties to former Rep. Michele Bachmann claimed it would literally create a “nanny state.” After the close of the 2011 session, Dayton used his executive powers to turn the pilot into an ongoing statewide program.

Two years later, with the state eeking its way out of debt, the legislature appropriated $20 million a year to add to the tiny existing scholarship fund. During the process, not only were school-based programs and Head Start programs made eligible for the funds, they were given an automatic top-quality rating without having to demonstrate efficacy.

In the fall of 2013, the money began going to eligible families. It wasn’t nearly enough, though. Forsberg estimates that the $250 million MinneMinds would like to see appropriated this year would eliminate the waiting list for 3- and 4-year-olds in all types of pre-K — private and public. Scholarships for younger children could be added as the system begins to pay dividends, he said.

In addition to disappointment that the governor does not envision funding more scholarships, Forsberg sees other issues with the universal school-based pre-K proposal. 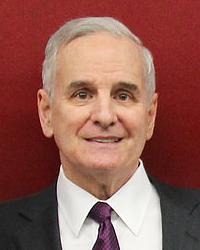 Dayton’s version would only reimburse districts, which would have to opt in, for half a day for each 4-year-old but require schools to offer a full day. The version introduced by Rep. Erin Murphy of St. Paul and Sen. John Hoffman of Champlin, both DFLers, would pay for a full day.

A full school day, of course, means before and after care for many families, so the proposal would not eliminate day-care bills, Forsberg continued. And it could hurt child-care centers and home-based day care programs, which would have to make space for 4-year-olds for fewer paid hours.

Also it might also hurt some stand-alone programs’ bottom lines. Because older preschoolers have higher staff-to-child ratios, their tuition often helps to offset the cost of caring for infants, which require much lower ratios.

And finally, many school districts are still struggling to find space to accommodate the shift to universal all-day kindergarten. Murphy’s and Hoffman’s bills allow districts to lease space for pre-K.

“Most districts have been working to expand [pre-K] in recent years with very minimal state dollars,” he said. “Students who go through show just phenomenal results.”

Dayton and DFL lawmakers stress that districts can ease some of the hurdles by phasing in universal pre-K. But Croonquist says it would be hard for a district to not offer full-day preschool if it meant it might lose students to a neighboring district.

Finally, there is disagreement about which system is most cost-effective, with Rolnick insisting there is evidence child-care centers and home-based programs win out and Croonquist insisting schools are less expensive for the state.

Croonquist wishes the pre-K discussion didn’t have either-or overtones. “If it’s framed that way from the start it’s unfortunate,” he said. “It doesn’t have to be that way.”

MinneMinds’ concerns aside, the measure’s legislative authors don’t see it as one or the other. “The governor has proposed a diverse delivery system,” said Murphy. “This is really important for families across Minnesota at all income levels.”

So what will happen? Good question. There’s no shortage of DFL lawmakers who are invested in the welfare of the scholarship system in both chambers, and the House in particular is likely to have a hard time both with the politics and the cost.

This one may get duked out in conference committee where the Senate’s wish list — heavy on new money spent in traditional ways — and the House’s more reform-oriented agenda likely will be ironed out.

Early ed is hot at the Capitol, but with a rift: Focus on all kids or at-risk kids?