News
Learning Curve
MinnPost's education reporting is made possible by a grant from the Bush Foundation.
Feb. 25, 2015

Mission US 2: “Flight to Freedom” Trailer

Earlier this month, days ago, Rafranz Davis, an educator in the Dallas-Ft. Worth area who blogs about educational technology, opened her e-mail to find a rave review of “Mission US: Flight to Freedom,” a computer game that teachers could use to celebrate Black History Month.

In the game, players assume the role of Lucy King, a 14-year-old who in 1848 attempts to run away from the Kentucky plantation where she is enslaved and make her way north. Throughout the game, Lucy is confronted by choices, many of a “Do what I say or I’ll whip you” sort.

Some choices earn badges. Some are met with violence, humiliation and cruelty. When Lucy stays silent in the face of accusatory questions from Mr. Otis, the overseer, he tells her he likes “quiet negroes.” Later Lucy, described as a “Nigress,” is auctioned off for $800.

The game is designed to give middle school students a sense what the experience of slavery was like. The School Library Journal described it as “fun” and the review site Jay is Games called it “a must-play.”

Here and elsewhere, lots of parents seem to disagree. It’s bad enough that schools tend to mark Black History Month with discussions of African American achievements from the distant past. Why celebrate slavery? And why subject children, and in particular black children, to an “effective simulation” of the most painful chapter of their history?

After Davis wrote about “Flight to Freedom” on her blog, reactions poured in. Within days, the Minnesota-based Black Advocates for Education had identified at least one Minneapolis school where parents reported their children had played the game.

Facebook erupted, and within another day Minneapolis Public Schools (MPS) had supplied a response to local critics. The game is not a required part of the district’s social studies curriculum, it said in a written statement, but because teachers often select materials they deem appropriate for their students it was possible it was in use. 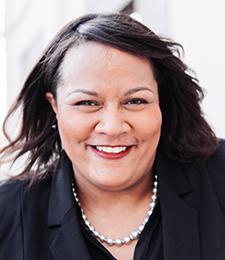 Further, MPS leaders noted, the game was funded by the National Endowment of Humanities and the Corporation for Public Broadcasting and endorsed by a number of national academic organizations. Finally, the district acknowledged that the game is the subject of national controversy, and said the Social Studies Department would review its appropriateness.

New York PBS affiliate WNET, the game’s creator, responded last week with a statement listing the credentials of the scholars and associations that contributed to the project.  “Flight to Freedom is part of a growing body of ‘serious games’ that immerses users in historical and contemporary problems in ways that encourage perspective-taking, discussion, and weighing of multiple kinds of evidence,” the station asserted.

“Educators have found that games can be an effective way to teach about sensitive topics such as human rights, the war on terror, immigration, and environmental crises. The Mission US approach has been shown to be especially effective for reaching struggling learners who have difficulty learning from a textbook.”

“Flight to Freedom” is one of four computer games created by using $3.3 million from the aforementioned organizations. The other games are about the American Revolution; the Cheyenne experience during westward expansion; and life as a Russian immigrant in New York.

The list of scholars, among them African Americans and American Indians, who contributed to the games’ development is long indeed. More than 1 million people have registered to play the games, which can be streamed for free.

“The mission portrays enslaved African Americans with agency and personal power (even when social, economic, and political power was non-existent), and as central actors in their own destinies,” WNET added. “Our goal is for all students to develop a greater respect for African Americans’ struggle and African American history as a part of American history. Although we regret to hear that some people have found the game to be problematic, we stand by it.”

Why, one MPS parent wondered in turn, were the opinions of degreed experts more important than the expertise of the parents whose kids will play the game?

A little additional context: Minnesota teachers often express doubts about teaching the historical experiences of people of color. Because the teacher corps is 96 percent white, it’s not uncommon for a teacher to know less than a student has learned at home. There is a huge fear of getting it wrong.

As a result, teachers often look for curriculum produced by a trusted source. Here the gold standard is the Minnesota Historical Society, which has a wealth of classroom resources. In the case of “Flight to Freedom,” the source is also the creator of Sesame Street.

Educators often believe that first-person experiences like role-playing are very effective educational tools. Imagining life as a young person at a particular point in time is a time-honored way of bringing history to life.

And role-playing games are where U.S. middle schoolers and teens live today. So why not a first-person re-enactment game?

Of course re-enacting a day as a pioneer or a miner does not generally involve rape, mutilation, murder or bondage. Nor does a day spent churning butter at a frontier farm involve the risk of a child thinking they had a beating coming because the made a choice that was wrong — or not right enough.

The creators might have anticipated this — blogger Davis noted that in 1995 Arizona parents sued an Arizona school district for exposing their 11-year-old son to “Freedom!” a game in which students played slaves attempting to escape. The boy was taunted by classmates, his parents said.

The game was made by the now-shuttered Brooklyn Park company Minnesota Educational Computing Corporation, which rose to early educational technology fame for the iconic “Oregon Trail.”

Indeed, the Anti-Defamation League has come out against re-enactments, noting that a Holocaust simulation in a Florida middle school traumatized students. Simulations, the group noted, “trivialize the experience of victims and can leave students with the impression at the conclusion of the activity that they actually know what it was like during the Holocaust.”

Further, “They stereotype group behavior and distort historical reality by reducing groups of people and their experiences and actions to one-dimensional representations.”

As the controversy has raged around the country, some scholars have suggested that a larger issue is the cultural competence of the classroom where students are being taught about slavery via any media.

“There are young black children all over the country having alienating experiences in the classroom when reading Huck Finn and Harriet Tubman,” one urban education professor told Education Week.

Correction: Due to a mix-up during the editing process, the original version of this story misidentified the creator of “Flight to Freedom.” It is WNET, the New York PBS affiliate.