It was all so simple back when there was no money.

Never mind consensus that the achievement gap is best closed before a child even starts school, four years ago preschoolers were without an institutional home in Minnesota’s state apparatus. The outgoing governor had done a remarkably thorough job of gutting public support, and waiting lists were thousands deep.

There was no legislative committee regularly considering early childhood policy. One state agency, the Department of Human Services, dealt with pre-K as a welfare issue — day-care subsidies to allow impoverished parents to work. The Department of Education, meanwhile, concerned itself with school readiness.

And in the face of ideological attacks from those who saw early ed as the literal lynchpin of a nanny state, advocates were united in trying to get pre-K an official seat at the table.

Funny how $2 billion can come between even the closest of allies.

In the wake of recent news that the budget surplus is twice the original forecast, Gov. Mark Dayton doubled down on his proposal to fund universal public preschool for all Minnesota 4-year-olds.

In doing so, he fanned the flames of what has become one of the most divisive issues of the 2015 legislative session: how best to prepare disadvantaged kids for kindergarten and beyond.

Dayton’s revised budget calls for spending $1.25 billion over the next two budget cycles (four years) on universal pre-K; $342M in the first and $916M in the second. It would reach middle-class kids whose families are not eligible for state subsidies yet can’t afford quality care.

Depending how you do the math, however, it would free up just $28 million to bolster a proven system many early ed advocates say will do a better job of reaching impoverished kids. That level of funding may be double what it is right now, but it would leave some 70,000 kids aged birth to 3 behind, they add.

Plus, it would mark a radical departure from what many had believed was a long-term plan.

Theories about the governor’s seeming about-face run the gamut from speculation that the DFL is amassing bargaining chips to be used in conference committee, where radically different state House and Senate education packages will be hammered into one, to talk that Dayton has been talking about his political legacy.

State Education Commissioner Brenda Cassellius, meanwhile, says she is disappointed that the advocates don’t recognize what she views as an unprecedented opportunity. 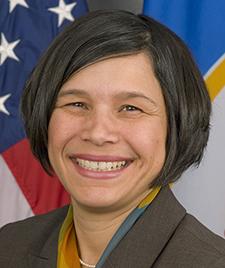 “I’m super-perplexed we’re even having a debate,” Cassellius said Thursday. “For four years we’ve been fighting to have pre-K on the agenda. We may not ever have this opportunity again to reach this many kids. We have the opportunity to reach 57,000 kids.”

Until Dayton’s proposal, there had been broad agreement that a system that provides state scholarships to impoverished kids and gives them incentives to use the money at high-quality programs was a terrific return on the taxpayers’ investment.

The approach earned national headlines when the Obama administration awarded Minnesota a $45 million Race to the Top early ed grant aimed at expanding the number of quality programs where scholarships could be used.

Critics of the governor’s proposal have suggested that any about-face might be motivated by a desire to leave a legacy. How many state chiefs, they ask, have dubbed themselves “the education governor” as their terms come to an end?

And just as universal all-day kindergarten was a big political win for the DFL, universal preschool has broad middle-class appeal and is easier to communicate than the Parent Aware ratings system. 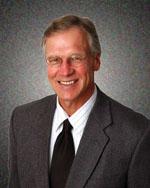 “It’s very appealing to side with the middle class,” notes former Senate Minority Leader Duane Benson. “Governors and legacies have always been an interesting mix. They are always struck with it.”

Benson was head of the Minnesota Early Learning Foundation (MELF), a civic partnership that researched and tested an approach that directs scholarships to high quality programs. Participants in MELF’s four-year pilot program were significantly better prepared for school than their similarly situated peers.

Benson recalls trying to engage gubernatorial candidates on the topic in 2010. Interest among Dayton’s opponents varied, he says, “but Mark seemed really locked in on it.” Unlike the others, Dayton had read the research behind the idea.

After his election, Dayton was deliberate in first end-running efforts by the religious right to kill the program and established an Office of Early Learning to work with other state agencies involved in pre-K.

Later, when a budget deficit had been plugged, he turned the taps on slowly. Currently Minnesota earmarks $28 million a year for scholarships — enough to meet a fraction of the need.

At the very end of the process of appropriating that money two years ago, two changes were made that further complicated matters. First, the money was divided into two pots to be distributed according to the type of program where it would be spent. Half was directed to public schools and Head Start programs, which were automatically given the highest quality rating.

And scholarships were capped at $5,000 per child per year, something Cassellius insisted on because she didn’t feel that private-sector programs should get more money than public schools.

Expectations of a big boost

So there was an expectation that with the state’s coffers finally flush, the Parent Aware ratings system and associated scholarships would receive a dramatic boost. Their goal for the current biennium was for enough funding to provide scholarships to all eligible 3- and 4-year-olds, with younger kids to be added as money became available.

But when Dayton released his proposed budget in late January there was $469 million for universal preschool as well as nearly $100 million to eliminate the Head Start waitlist, reduce the waitlist for the old-fashioned state subsidies that preceded the scholarships and to help providers attain the quality rating that would attract the scholarships.

Early ed advocates had been cautiously optimistic that if there was additional revenue in the March budget forecast, Minnesota could afford new funding for both scholarships and more school-based programs. But Dayton instead doubled the amount to be directed to universal public school for 4-year-olds.

‘It is a terrible idea’

The intention is noble but the approach is misguided, counter proponents of the scholarship approach, including Karen Cadigan, the first director of Minnesota’s four-year-old Office of Early Learning who now works as an early ed specialist for the Bloomington and Richfield school districts.

“Is it a good idea? Is it an innovation that has gotten national attention? Is it what we’ve been working towards?” Cadigan asks. “No. In fact it is a terrible idea.”

Her largest concern is that universal preschool would not allow school districts the flexibility to meet the varied needs of 4-year-olds whose development may be all over the map.

The programming contemplated by the governor would consist of 230 five-hour days — a full school day that would require the hiring of more full-time licensed teachers.

Cadigan believes it would cost more than Dayton and Cassellius have said it would. Because preschoolers need lower student-teacher ratios, classes would need a second adult besides the licensed teacher. And districts would lose revenue from programs that currently provide revenue that offsets those costs.

Universal preschool would be twice as intensive as what the districts are now doing to get excellent results. Some 84 percent of kids in Bloomington and Richfield who participate in 2½-hour days are ready for kindergarten, compared with half their peers.

And there are 500 4-year-olds who participate in half-day Early Childhood Family Education programming three days a week, something the districts wouldn’t be able to provide within the new structure.

Nor would it meet the needs of the neediest children. In Bloomington, about 80 preschoolers a year are behind; 80 percent of their families are clients of county services. “What we want to do with those kids is create something more targeted,” says Cadigan.

Cassellius: Districts will have discretion

Cassellius disagrees. She says districts will have a great deal of discretion over what preschool looks like. They may contract with community partners, tap local parks systems or locate within schools.

“School-based doesn’t mean bricks and mortar anymore,” she says. “It’s tough to find a care provider in the Twin Cities because they are full and in rural Minnesota because they don’t exist.”

So why not steer more of the surplus to scholarships? “It’s been difficult to scale the infrastructure around the state,” says Cassellius. “We can’t build it out unless we lower the quality. And we already had to lower the quality to incent folks in.”

Scholarship proponents shriek at the notion that quality has been lowered anywhere. Because many communities did not start out with child care facilities that qualified for the highest ratings, scholarship rates were raised for tuition at programs that were in the process of working to meet the new higher standards.

Scholarship money began flowing in late 2013. Today there are almost 1,900 rated programs, according to Cassellius. Scholarship proponents expect there will be 3,000 by the end of the year.

Economist Art Rolnick, whose research made the original case that early ed is a good investment of public money, is one of those most upset by the shift. He says the governor’s argument is a political one, and not backed by research: “My concern is that we will do [universal pre-K] and say we’re done.”

Why shut families out of top-rated early ed programs because they are not located in district schools staffed by licensed teachers, Rolnick asks. 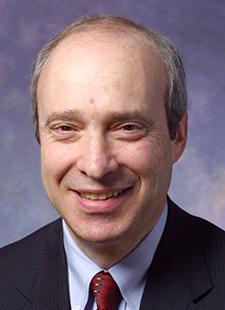 There is $8 million in Dayton’s budget for Parent Aware to continue building provider capacity, Cassellius notes.

“We’re committed to scaling it out, we’re committed to building it, but it’s going to take time,” she says. “Let’s build back and give every dollar we can to 0-3 in every budget biennium going forward.”

“What problem are we solving?” he asks. “If they say the problem is the achievement gap then we’re done.”

Cassellius does in fact say the problem being resolved is the achievement gap, and the reason to fix it by instituting universal preschool is because the surplus offers a historic opportunity. Create that, and two years from now, when the next budget is drawn up, new money can be directed to the scholarships.

‘Definition … has been switched’

Cadigan disagrees. “The definition of the problem has been switched somehow,” she says. “It’s not ‘How do we close the achievement gap’ to ‘Wouldn’t it be nice if all 4-year-olds could go to their neighborhood schools.’ It’s not a free choice. That’s the thing that’s goofy about it.”

She echoes Benson’s belief that Dayton doesn’t understand the implications of turning away from his own investment in the Parent Aware system.

“To go from this plan that was innovative and engaged the public and private sectors and gave parents lots of choices to a single year — and not just that but a single size?” asks Cadigan. “How do we help the governor help himself to create a legacy that really counts?”

Benson agrees. “I just hope that we don’t lose track of what we want to do,” he says. “I admire the governor — he’s got some balls, pardon the expression. I just hope he doesn’t fall on his sword to just give everyone something.

“What he really wants, I suspect, is something he’s not gonna get that way. He’s gonna get it by investing in quality.”

Correction: An earlier version of this article misstated the time frame in which Dayton’s budget would spend $1.25 billion on universal pre-K.